London-based design studio Rare has created an AI system that aims to speed up the design development process as well as providing unexpected “tensions”.

Rare’s James Hirst tells Design Week: “We do a lot of innovation and concept development. In that space, we talk to our clients like Heinz and Kellogg’s, we talk about the need to ‘fail faster’.”

That means creating ideas and identities for products and brands more quickly to “compete with the barrage of new start-ups”.

The “buzz” around AI and machine learning led them to develop DAN, which stands for Data Analysis and Natural Language Process. Hirst says: “How can we use the power of AI combined with human creativity to get to better design?”

The aim is to create identities that are both “relevant, relatable, distinct and diverse,” he says.

It’s a three-stage process. Rare source relevant data or use datasets – aimed at the target demographic – and input into the system. Data analysis and processing of the results follows, which often looks at the work in a “lateral” way, Hirst says.

Once the system has “learned” those structures, the studio can run key words to look for inspiration. If they search for ‘natural’, that might lead them to words related to ‘organic’ or ‘pure’ and the system will feed back word associations. 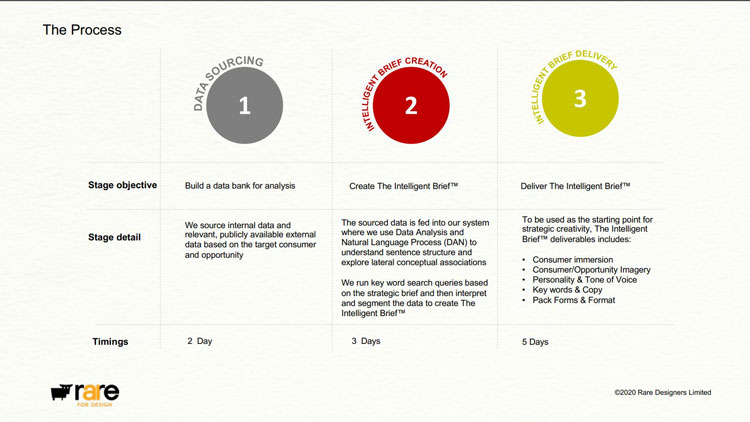 It also can overlay images so that a word and image bank is created. From that, Rare put together what they call an Intelligent Brief for clients – the filtered output which gives the information around a new product or service.

DAN’s name – particularly the Process part – gives a clue to the system’s function; it’s intended to be part of the development. Humans are still vital in the process.

So far, the studio has used the system on projects for clients like Heinz and Danone. The latter was for a process of launching a new health drink. The client had the information – a health drink contained in a glass bottle, a name, and a target audience of women aged 24-30 – and the system gave a way to “explore those three different territories”, Hirst says. 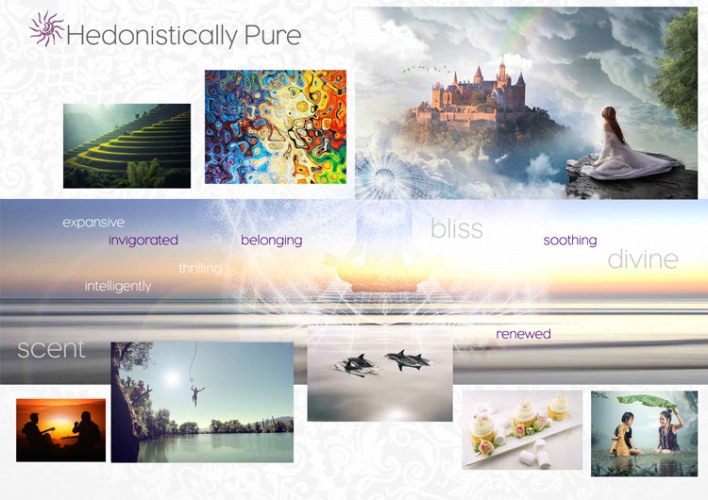 In this case, the output gave ideas about whether it would be an artisan product, a social connectability product or a healthy mind and body project. According to Hirst, the system helps to think outside “pre-conceived notions” about what products should look like or be marketed as.

Another benefit is that it takes “data at its heart” so that it creates more consumer-led products, which can take some of the “subjectivity” out of development meetings and help designers and clients focus more on consumers’ wants. 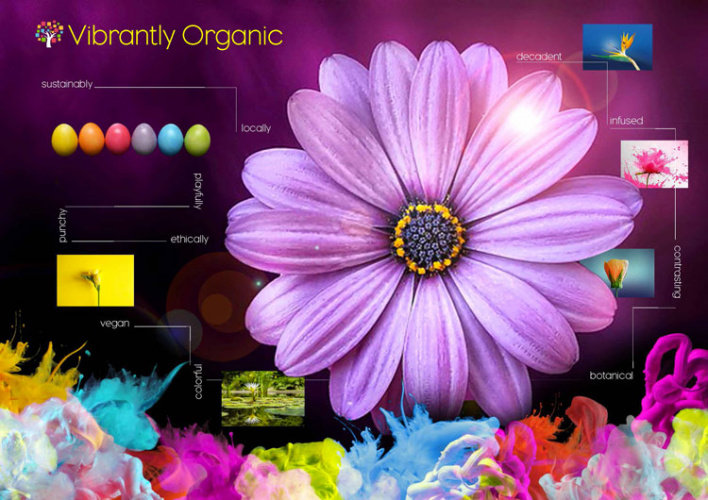 It’s also been used for a copy-based project for an old people’s home. For one client, Camelot which runs the National Lottery, word associations that came back were “not negative about gambling”.

That hints at another benefit. For heritage brands, it can provide a new outlook on what they might consider their core elements. “It’s providing new ways to explore,” Hirst says. The speed of the system also helps brands keep up with the “barrage of new start-ups”.

The limits of AI

AI is not a fool-proof or neutral system, and it can often contain biases. Hirst says the studio is aware of this. Rather than replacing humans from the development, it’s about “augmenting creativity”, he says. The “human touch” is still essential.

In the future, Hirst hopes that DAN could be implemented industry-wide. He says: “Our whole design studio’s ambition is that is to see it used by lots of other agencies and people in the creative world to help people get to more relevant and better design.”