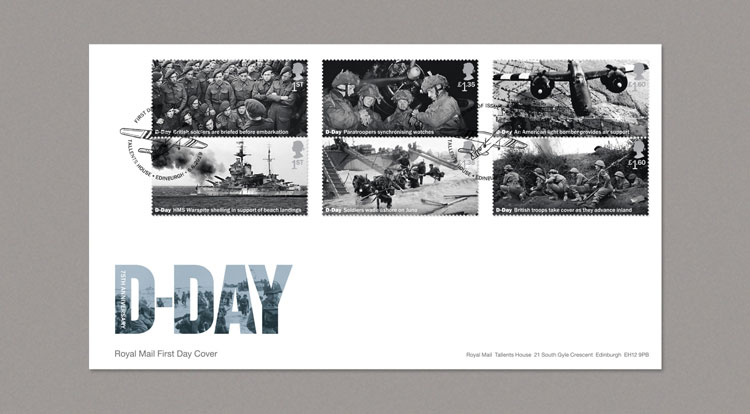 Baxter & Bailey has created a set of stamps for Royal Mail to mark the 75th anniversary of D-Day, when France was liberated of Nazi occupation during World War Two.

On 6 June 1944, Allied forces (the “big four” being the US, UK, Soviet Union and Canada) landed on Normandy’s beaches to overthrow the Nazis, who were occupying France.

The operation was codenamed Neptune and 6 June became known as D-Day. It was part of the larger Operation Overlord – the Battle of Normandy – where the Allies successfully invaded German-occupied Western Europe. 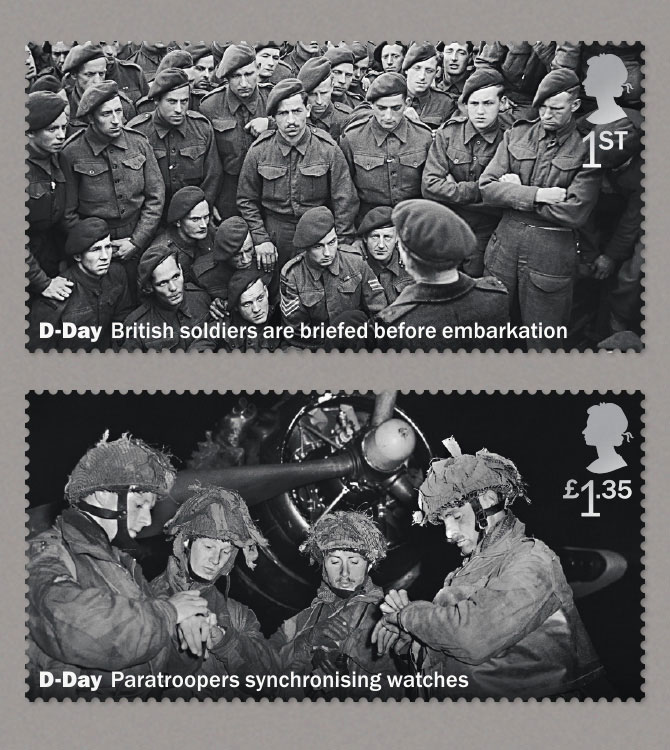 To mark the 75th Anniversary of D-Day, the design studio has created 11 stamps, which tell the story of how the day unfolded.

A main set of six stamps are chronological, following historical events as they happened, from British soldiers being briefed before embarking on their trip, to an American light bomber plane providing air support for troops, to British troops taking cover as they advanced inland on the beaches. These stamps are photographic and use archival imagery. 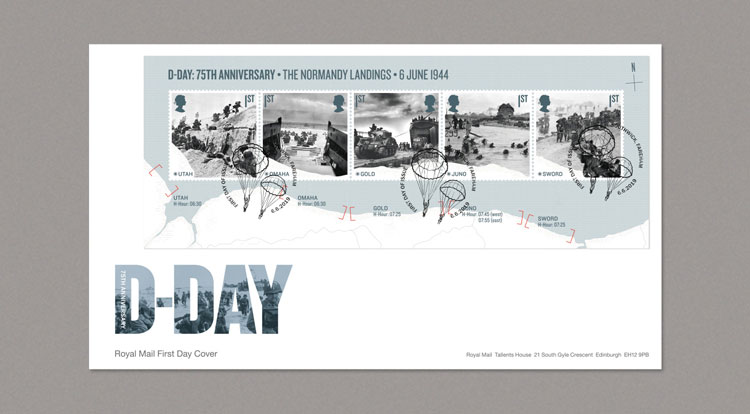 The other five stamps feature on a miniature sheet, which is essentially a souvenir or collectors’ sheet.

Rather than photos, these are graphic images of the five main beaches of the Normandy landings – Utah, Omaha, Gold, Juno and Sword – which look to offer “geographical context” to the military operation, says Matt Baxter, co-founder at Baxter & Bailey.

Baxter says that the studio wanted to convey the events of D-Day in a “clean, contemporary, uncluttered way”, and “avoid design pastiche”, so opted for minimal decoration on the stamps, a simple sans-serif typeface and a monochrome colour palette.

“The need to communicate momentous, large-scale events on such a small canvas is a design challenge,” he says. “The supporting design components needed to be as unobtrusive as we could make them.” 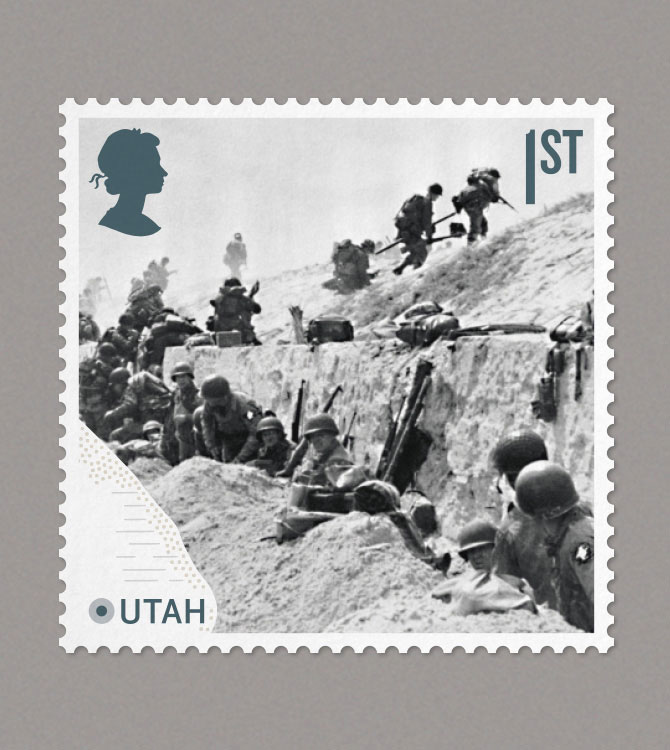 All the stamps feature three shades across a black-and-white palette, to help make the photographs on the stamps as “clear and readable” as possible, says Baxter.

The primary typeface is Franklin Gothic in a condensed font, which is a “practical” type for use on a small canvas size such as that of a stamp, says Baxter, and also aims to be contemporary rather than vintage.

“Franklin Gothic allowed us to avoid the graphic pastiche that a more historically contemporaneous typeface might have led to,” he says. “We were keen to ensure that the graphic elements felt modern, clear and informative.”

The Royal Mail’s D-Day 75th Anniversary stamps launched today, 6 June 2019. As well as the set of six main stamps and the five stamps featuring on the miniature sheet, Baxter & Bailey has also produced a presentation pack, and a day-of-issue set of handstamp designs. 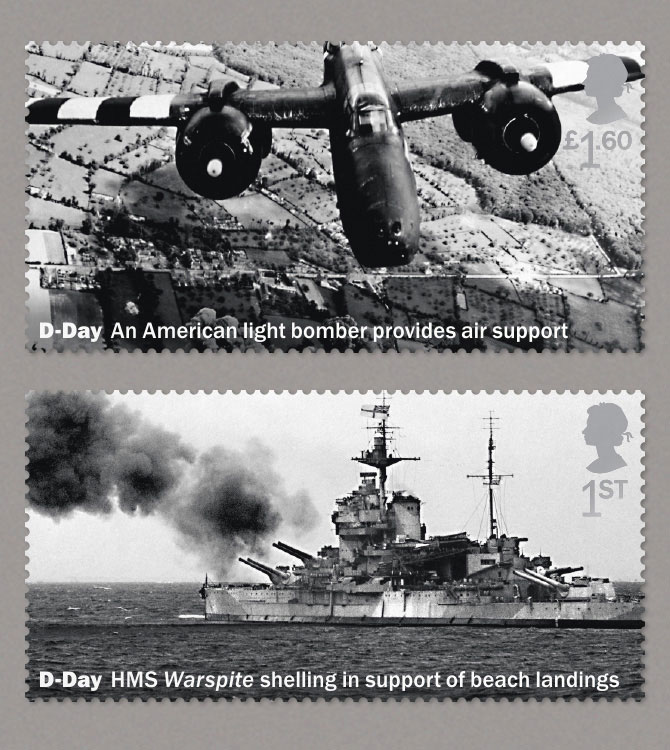 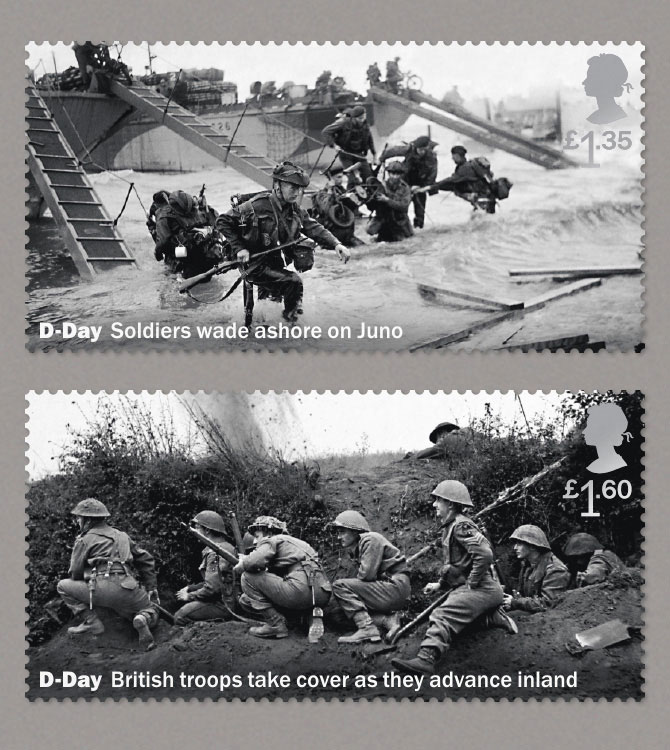 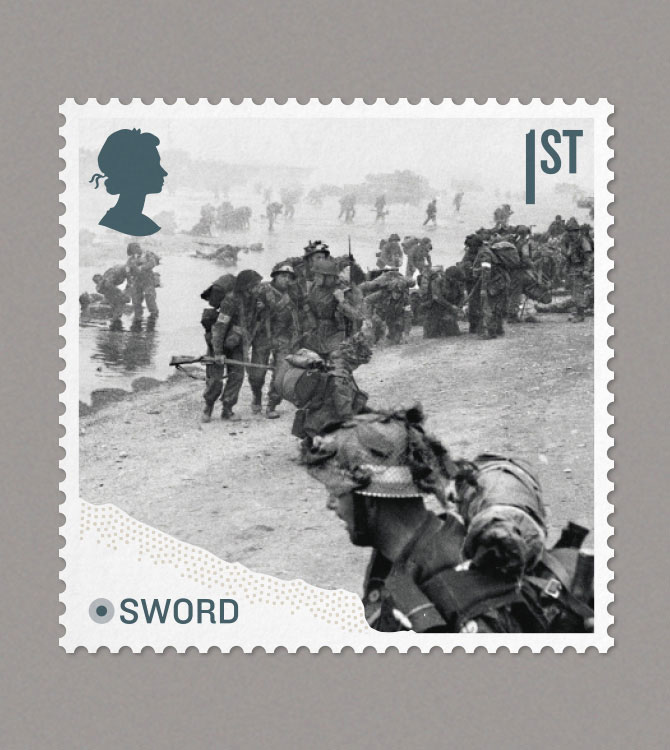 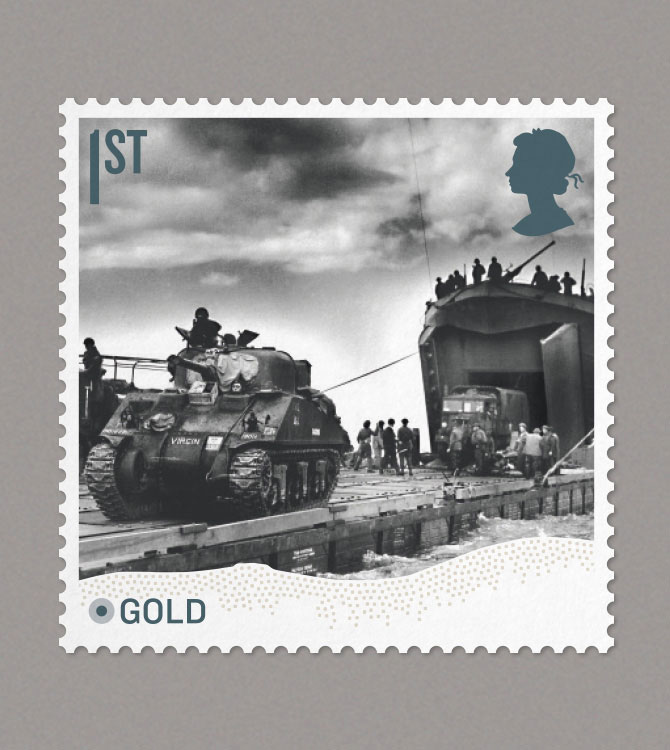