“My designs often start from little everyday moments, where I’ll think ‘Hmm, that’s interesting, how would this work as a textile?’,” says designer Sudō Reiko.

Most of her ideas are born out of what she calls “a sense of wonder toward ordinary occurrences”. This way of thinking is how and why she strives to blend her traditional Japanese culture and practices with cutting edge technology, producing innovative materials in the process.

As London’s Japan House prepares to open an exhibition exploring Sudō’s life and work, we speak with her about what visitors can expect from the show and how her career has developed.

From design conception to patenting

Born in Ishioka City, Ibaraki Prefecture in Japan, Sudō began her career as a textile laboratory assistant in the Department of Industrial, Interior, and Craft Design at Mushashino Art University. She would eventually go on to help found textile design company Nuno.

Sudō served as Nuno’s design director for 30 years. During that time, she was an early adopter of sustainable design ideas like using waste and unconventional materials, promoting regional manufacturing and encouraging traditional craftsmanship.

Japan House’s exhibition will explore these beliefs and processes through five large-scale installations. Each will combine Nuno fabrics with art projections and an array of supporting materials like sketches, raw materials and videos. Visitors will be taken through every stage of Sudo’s textile design process, she says, from initial design conception through to manufacture and even patenting.

One such installation will showcase Sudō’s sustainable approach writ large. Kibiso Crisscross, a collaborative project with the Tsuruoka Textile Makers Cooperative, showcases the process that the team developed to reuse discarded kibiso, the protective outer layer of silk cocoons. A machine that takes these tough remnants and creates yarns from them. The idea is to create “no waste and use everything”, according to the designer. 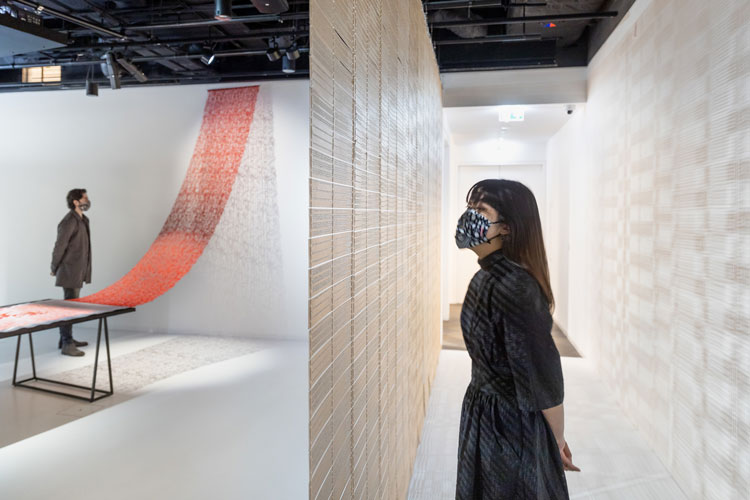 She says her process usually begins with what she knows about existing materials, before pushing the limits of that knowledge.

Sometimes this means finding a material with similar properties to the one she is working with and exploring both of them. “Even if the purpose differs, finding something in common with a familiar material will suggest all kinds of possibilities,” she says.

Sudō gives the example of her metal-fused materials. “A fabric with steamed on aluminium already existed, so that prompted me to think about fusing on other metals,” she says. The final result is a polyester fabric that had the sheen and depth of steel.

The technology for doing so was already in place in the automotive industry, where stainless steel splattering is used to plate small parts for cars – Sudō says she simply “misappropriated” the technology for something new. “Their lot sizes [quantities] were huge, and the technique was designed for hard volumetric objects, so it was a trial and error exercise to see if it would work on soft flat cloth,” she adds. 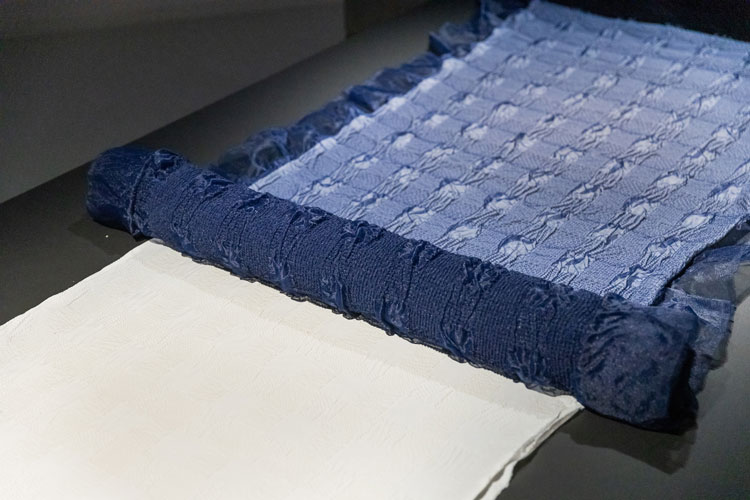 Sudō’s metal-fused textiles show how Sudō pushes the capabilities of technology to match her ideas. The other main influence on her work is her Japanese heritage, she says, and this leads her to connect and work with Japanese artisans and craft practices. “The productions process starts from going to meet with artisans and technicians and directly communicating with them the feeling behind my designs,” she says.

It also allows her to incorporate aspects of Japanese life familiar to those living in the country. “Often, seasonal events deeply rooted in Japanese living will offer design hints,” Sudō says. Other times, it’s far more everyday occurrences that get her thinking.

For example, Shutter, a woven fabric that is now part of the V&A’s collection, is a textile based on the roll-down bellowed steel shutters which are still a common sight along older shopping streets in the country. The fabric fuses parallel strips of nylon tape to achieve the shutter pattern. 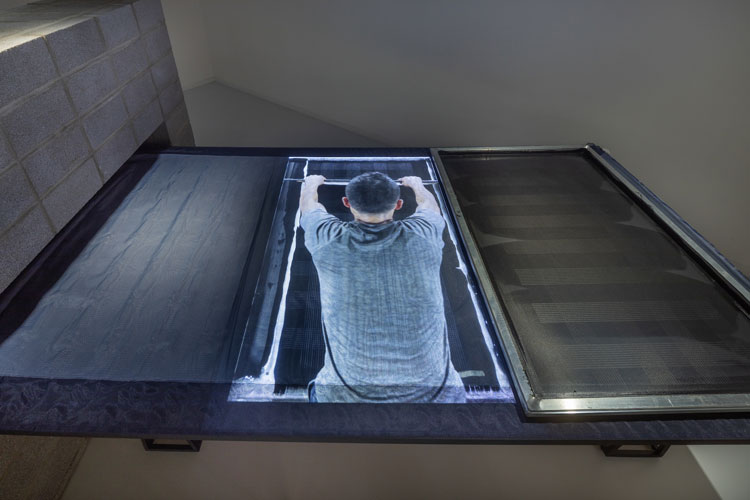 “We try to change with the times”

Her approach also allows her to bring Japanese processes to the crafting practices of other countries too. A favourite project of hers, Amate, was inspired by traditional Mexican barkcloth.

The barkcloth process, she explains, involves cross-laying strips of bark to make “beautifully patterned sheets” of material. It was first taught to her on a 1990 trip to Mexico. For her own take on the practice, Sudō used a strong, lightweight Japanese washi paper instead of bark which was affixed firstly to a velvet base, but now uses a cotton mix. “We try to change with the times and find more eco-friendly, hydrophilic materials where we can,” she says.

The Amate material can now be found in the design collections of several international museums, including Metropolitan Museum of Art and the Museum of Fine Arts, Boston. 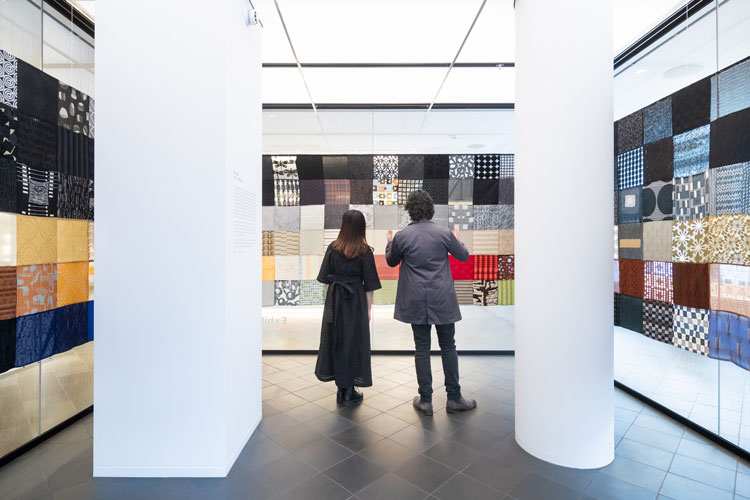 “Artisans are getting old”

Sudō’s practice is heavily informed by centuries-old crafting knowledge, but she laments this is becoming harder to access. “Crafting things domestically in Japan is becoming more and more difficult by the year,” she says. “Artisans are getting old, machinery is wearing down, and few apprentices will carry on traditions.”

It’s something Sudō says she’s actively trying to counter, by seeing her crafting intentions “through to completion” and encouraging the continuation of practices where she is able. She quotes late industrial designer Sori Yanagi: “Being Japanese, being able to communicate in Japanese with Japanese technicians and by working in Japan, the things I make quite naturally become Japanese.

“I’ve been greatly inspired by these words and if I’m true to the spirit of them, then I must take full responsibility to be true to my crafting ideals,” she says.

MAKING NUNO Japanese Textile Innovation from Sudō Reiko, will open on 17 May at Japan House London. You can find more information about the exhibition through the gallery website.