London-based design studio Matta has developed a new consumer facing brand for the Football Association (FA) which aims to represent all levels of the sport by unifying them with a symbol depicting a male lion, lioness and cub.

England Football will be a brand to “represent, unite, and promote football participation” across the country, according to the FA, bringing resources, information and news together as part of a “one-stop online hub”.

The brand and related platform have been launched alongside two other tools.

Find Football is a “brand new digital tool” that will help players and parents find participation opportunities; meanwhile My England Football is a new free rewards programme to “recognise the passion of England fans”.

Underpinning these new elements is a new brand, at the centre of which is a redrawn crest. According to Matta co-founder Tom Allwood, the project aims to showcase a “welcoming, forward facing” brand. 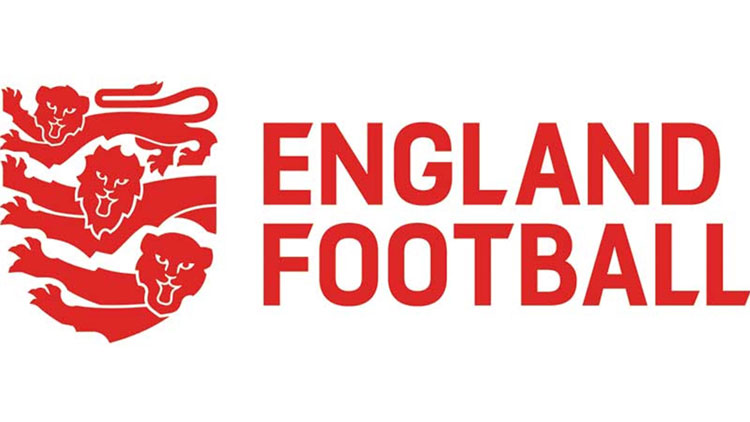 “Modern and different, without going too far”

A cub, lion and lioness make up the new-look crest, which Matta creative director Louis Swann explains was developed from two separate ideas. The lions represent youth teams, men’s teams and women’s teams respectively, but their size difference is also indicative of the different levels of competitive football, from grassroots to elite.

The logo will appear in a “striking red colour” according to Swann, which has been adopted to ensure it “reaches the hearts and minds of football players and fans” throughout the country. The same red is used in the FA’s crest and wider branding.

The use of familiar brand elements, like the lions and red colour, are examples of the Matta team “making things feel modern and different, without going too far”, Swann says. Since this new crest will sit alongside the FA crest and the separate logos for the men’s and women’s national teams, it needed to be complimentary to what already exists, he adds.

The removal of the crest’s outline – or “boundaries” as the FA explains – aims to show that this brand can be used by players and fans “across the country”. “The lions are forming their own shield, their own strength, without the need for barriers or boundaries,” says Swann. “We thought it was a really visual way to show that football can break boundaries.”

Beyond this, some “more subtle” additions have been made. In a nod to the heraldic heritage of the lion iconography, the three lions’ heads are aligned at a 45-degree angle. Swann says this is a reference to the tilted angle of a shield.

In homage to the FA crest itself, the lions’ heads are facing in the same direction. Additionally, for the typography used in the England Football wordmark and wider brand world, the letterforms have been “cut” at the same angle.

Ten roses found around the lions on the FA crest have been removed as there is no consensus on why they were there, according to Swann who says their omission helps emphasise that the crest is “for everyone”.

“Iconic marks like this, you touch them at your peril”

Allwood says it was a risk to take a crest as well-known and well-loved as the Three Lions and play with it. Initially, the brief had been to simply “tidy up” the current FA crest for use for England Football. “Iconic marks like this, you touch them at your peril,” he says.

However over the course of the 18-month project, this evolved into the creation of a full “brand world”, including the redrawn crest, he adds.

The launch of the brand comes at a turbulent time for football – fuelled by a combination of the pandemic pushing crowds out of stadiums, the short-lived threat of the European Super League and continued racist abuse aimed at players and staff.

Alongside the brand launch, a film has been created by “fan-first football media company” COPA90. The film features England internationals like Demi Stoes, Harry Kane, Lucy Bronze and Marcus Rashford, as well as “grassroots heroes”.