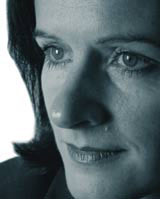 Fitch London managing partner Jane Simmonds (pictured) has left the company, it is believed without a job to go to, an apparent casualty of the three-into-one merger of the group with Cordiant Communications Group cousins BamberForsyth Fitch and PSD Fitch.

Prior to the merger last November, Simmonds was chief executive officer of Fitch London, but this position disappeared in the management shake-up that saw the installation of five managing partners responsible for the combined group (DW 28 November 2002).

‘It didn’t look as though I’d be doing the job I’d been doing as CEO of Fitch London,’ Simmonds says. ‘[The new role] was more like a department head. The autonomy of the job [wasn’t] what it used to be.’

Simmonds insists the split was amicable and says conversations about her future with the group had been going on for ‘some time’ before her departure.

But industry sources suggest the decision was much more sudden. Only six weeks ago, Simmonds expressed her confidence that ‘the integrated whole [of Fitch London] will be much greater, and better tuned to the market, than the sum of its parts’ (DW 20 February).

No-one from Fitch London was willing to make a comment on Simmonds’ departure at the time of going to press.

Elmwood gets Serious** with waste management