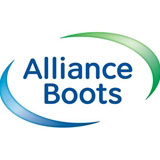 Alliance Boots is to brand all of its 3000 European retail outlets as Boots and will relaunch its wholesale business with a new name, after the completion of the £7bn merger between Alliance UniChem and Boots Group this week.

The merged company has also revealed its corporate identity, designed by Creative Leap. The consultancy was initially appointed by Alliance UniChem two years ago in a pitch against Fitch and Interbrand and is responsible for overseeing the brand architecture of the business. The group was awarded the corporate identity project without a further pitch and is also working on the rebrand of the entire pan-European wholesale business under a name yet to be trademarked.

According to Creative Leap director David Gray, the rebranding will take place over the next 18 months. The Alliance Pharmacy brand, previously selected for a Europe-wide roll-out, will now be axed in favour of the Boots format. ‘A review of the retail estate will see a segmentation between the high street health and beauty Boots stores and local community pharmacies. They will have different store formats, but both [will] use the Boots brand,’ says Gray.