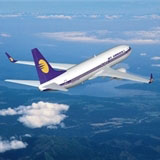 Landor Associates has been appointed by India’s biggest domestic airline, Jet Airways, to undertake what is believed to be a strategic branding project, as the company seeks to boost its international profile.

It is understood that Jet Airways is looking to attract a wider customer base as it expands its international flight path with additional routes across Asia, the US and Europe. The Indian domestic airline launched its first flights between India and Britain last year.

Naresh Goyal, founder and chairman of Jet Airways, is overseeing the ongoing business strategy. He reportedly has ambitions to make Jet Airways one of the top five airline companies in the world.

A spokeswoman at Landor confirms the appointment, but declines to reveal any further details on the nature of the work being embarked upon.

Landor has a long history of working with airlines on strategic brand development commissions. Last year, it was appointed to reposition Dutch low-cost airline Transavia as a travel brand, following a five-way international pitch (DW 18 August 2005). The work included redesigning aircraft livery and interiors for the company.