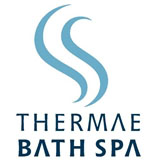 The long-anticipated Thermae Bath Spa, designed by Nicholas Grimshaw and Partners, is opening this month after a five-year delay, with a brand identity and wayfinding scheme by Mytton Williams.

Mytton Williams was first appointed to the project in 2001 following a five-way pitch, with a brief to brand the venue, which was due to reopen in 2002, as announced at that time (DW 4 October 2001). The delays have been caused by ‘the discovery of a number of problems’ such as leaking floors and the departure of the building contractor in April 2005, says a spokesman for Bath and North East Somerset Council. The cost of the project now stands at £44m. The council may reportedly take legal action against some of the development partners, but it is understood that these will not include Mytton Williams.

The revamped spa will open on 7 August. It has been redesigned to include a series of indoor and outdoor pools, treatment rooms, airbeds, massage rooms, and a restaurant and visitor centre. The redevelopment scheme involved the restoration of five heritage buildings and the addition of a new glass and stone extension building.

Mytton Williams has designed a ‘straightforward’ wayfinding and signage scheme to complement the architecture. It uses the spa’s identity – a graphic symbol that represents steam rising from water – which was first unveiled by Mytton Williams in 2002, when the marque launched across international marketing campaigns (DW 18 July 2002). The signs feature tactile lettering and braille to incorporate Disability Discrimination Act regulations.

‘The aim with the choice of colours for the signage and identity was to evoke feelings of calmness and relaxation, communicating the ethos of the spa. The signs needed to be clear, yet unobtrusive, blending with their surroundings,’ says Steph Weekes, designer at Mytton Williams.

IDI to build a name at global design events