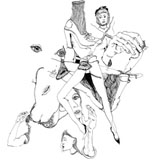 What do Barbara Kruger, Andy Warhol and Josef Albers all share? Apart from obvious prodigious talent, what these creatives have in common with hundreds of others through history is the artist’s love of crossover. Kruger famously moved from art direction to fine art, Warhol from design and illustration to fine art and film-making, and Albers, along with many other Bauhaus artists, explored all sorts of creative disciplines. And in contemporary art, more and more creatives, particularly illustrators, work in areas as diverse as film-making, fashion, interactive design, graphics, textiles, photography and sculpture.

For instance, French group M/M, which had a show earlier this year in London, brings illustrative techniques into its idiosyncratic blend of design and art. M/M partner Mathias Augustyniak’s recent foray into art illustration, the poetry/drawing book Désir d’une femme pour un homme, has been a real departure for the designer and art director – an authored series of exquisite drawings that are not, in the traditional sense, illustration, ‘because they are not illustrating the poems, they are a series of constructed propositions, pieces of writing that do not use words but signs’, he explains.

But are these multidisciplinary magpies simply jacks of all trades and masters of none, or are they – and by extension the creative world – made better and stronger by this ability to cross over? 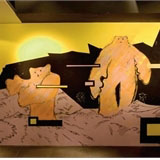 Since he gave up chasing illustration work in 1997, artist Phil Ashcroft is in the enviable position of mixing gallery shows with illustrative commissions related to his art practice and work with the Scrawl Collective, a group of artists engaging with cutting-edge street styles. This makes him feel he’s ‘a painter/graphic artist rather than illustrator’. ‘I don’t really feel I illustrate as such, although the work can seem illustrative,’ he explains. Drawn to painting even while studying illustration at Central St Martins College of Art and Design, Ashcroft’s highly graphic work across all areas shares strong, decisive composition, and directly impacts on the different forms. For example, Ashcroft says his Yeti Over Mount Fuji paintings led directly to the Godzilla film poster commission for British Film Institute. Working in the way he does brings a real pleasure in the creative process. ‘I like reaching the wider audience that comes with illustration and publishing, but I want to ensure that my work looks as good in a gallery environment as on the printed page,’ he explains. 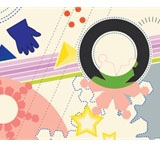 Having trained in embroidered and woven textiles at Glasgow School of Art, designer, illustrator, film-maker and fashion consultant Marie O’Connor’s multidisciplinary skills are all informed by textiles and their three-dimensional tactile forms, because, as she explains, ‘It crosses surfaces and spaces, and can be as epic as architecture and as intricate as embroidery.’ Her move into professional illustration fortuitously coincided with a resurgence of interest in handicraft. ‘My way of working, the lo-fi sensibility and tactility of it, was what people found different at the time,’ she recalls. Joining the collective Peepshow and working from a shared studio has led to exploration of many different creative solutions and crossing of disciplines. She sees a definite cohesion in the different areas of her work, saying, ‘I have never really seen them as completely separate. I can’t help but think about an idea and its potential across formats. And also how those formats influence, mirror or ape each other.’ 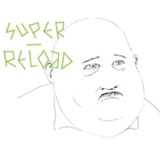 Paul Bruty’s path from illustration to chief designer for creative website Showstudio is rooted in his illustration BA at Central St Martins. ‘It allowed me to follow my first love of illustration alongside an increasing desire to work with typography, photography and traditional print methods, such as letterpress and screen-printing,’ recalls Bruty. This interest in different aspects of creative expression and communication is undiminished; in his early years at Showstudio, Bruty taught himself Flash Action Script, HTML, CSS and JavaScript and conceived Super-Reload (www.super-reload.com) as a creative outlet for his illustration work. Working in such different areas has many advantages for Bruty. ‘The level of creative freedom they give me is great, as is the resulting opportunities to work with a wide range of other creative practitioners. Working in my chosen fields affords a welcome break from each of them,’ he says.

Multimedia art exhibition to be held at Serpentine