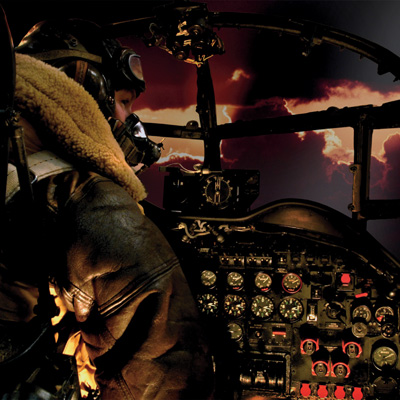 Rich Creative has been appointed to create an online educational resource for the Royal Air Forces Association.

The consultancy was appointed two weeks ago and was briefed to create a resource that would provide downloadable activities about the history of the Royal Air Force during World War II for Key Stage 1 and 2 students.

Rich Creative was appointed because of its experience in educational projects and its enthusiasm for wartime history, says creative director Sean Evans.

The consultancy has been briefed to create concepts that will link World War II events to curriculum subjects, such as geography, maths and design.

Although the concepts are still in the planning stages, potential activities could include designing an efficient paper plane or plotting a turning circle, an often triangular route that navigators made which included a fake and real destination to confuse the enemy, says Evans.

He says, ’It’s going to be fun and educational so we hope everyone will get a lot out of it.’

The site, which is due to launch in May in time for RAFA’s national conference, will have a visually stimulating look and feel aimed at children, and will reflect the RAFA branding and the wartime theme, says Evans.

The site will explain important events about the war and the work that RAFA does to support RAF personnel and their families at a number of different levels for different age groups. The website will also include information for teachers, behind a password-protected area.

There may be the opportunity to develop the online resource to encompass secondary school children at a later date, says Evans.