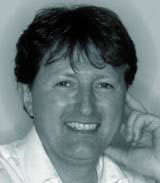 1983 Completed a BSc in engineering at Bath University, then worked and studied abroad in France, Germany and The Netherlands

1990 Becomes managing director of a group of companies within Williams Holdings, and a buildings plastics firm in Oxfordshire

It’s not often that furniture production is associated with patronage in its broadest sense. Italian firm Cappellini and London’s SCP are among those producers that do their bit to foster younger talent, but few companies have – or can afford – the vision of Herman Miller, legendary in its heyday for its involvement with Charles and Ray Eames, or Vitra, where Rolf Fehlbaum famously mixes his passions for design and architecture with commissions for both furniture and the buildings that house his Swiss/German operation.

Charles Keen is on course to change all that. An alumnus of the Vitra school, he has grandiose second-phase plans for his company Keen that way outstrip those of the average start-up.

When Keen was set up in 1999 by Keen and his brother Gerald, its founders resolved to work with emerging talent. With a powerful promotional campaign devised by Sea with a website by 2CS and the backing of Terence Conran and John and Frances Sorrell, he built a small design stable, notably Thomas Heatherwick, Mathias Bengtsson and the Azumis, to work on the ‘collection’. But he sought to give the embryonic company a history by also working with British furniture design greats Robin Day, Jane Dillon , Ron Carter and the late Fred Scott.

Now it is taking business from the likes of Vitra, Wilkhahn and Herman Miller, Keen maintains, ‘with good old Limey product’.

He combatted tough trading times by joining forces with bentwood furniture producer Ercol last year, whose chairman Edward Tadros is founder Lucien Ercol’s grandson and who bought Keen’s venture capital trust last year. Keen is now based at Ercol’s stunning headquarters/factory in Buckinghamshire, The Works, designed by Foster & Partners breakaway Cherry Lee. Keen has an eye to architecture. He is eager to develop adjacent plots amid the fields of Princes Risborough, expanding the company’s architectural portfolio with more great buildings.

And as Keen broadens his horizons, so too has his company. Contract furniture is its main market, with space planning and furniture installations for the likes of Apple Computer among its repertoire, but last year Keen had his arm twisted by the then Design Council chief executive Andrew Summers to enter the council’s schools furniture competition. It won with an integrated desk and chair unit by the Azumis.

Keen makes no bones about the fact he entered the contest against his better judgement. ‘I told [Summers] schools were the worst market and so not core for us,’ he says. But the success of the venture has transformed the business and lessons are being learned that he and fellow Keen director Ingemar Jonsson will apply to the ‘clean sheet’ office lines they are currently conceiving. Where once he was dealing with top-end sofas at, say, £4000 a unit, the Government-backed schools furniture sells at about £90 apiece and promises to be a mass-market item.

The pivotal Keen units allow students to move around and reconfigure the desk layout to suit the lesson. This gives teachers freedom to teach as they wish. The pilot installation at a school in Watlington, near Princes Risborough, has been well received by staff, students and parents and there has been demand for units to use at home. The idea was also well received in the US when Keen made a presentation at this year’s Neocon furniture show.

The design’s versatility fits admirably with Keen’s philosophy of bringing thinking to furniture design that extends way beyond the object. Its work with Scott, for example, involved producing tables that were conceived for the classic Supporto range – owned by Keen – but not previously made, and redesigning existing Supporto chairs to allow them to be made and maintained using new technologies and processes.

Keen believes in being open and nimble. Though there is overlap at board level, unlike Ercol it is not a manufacturer. ‘We don’t want to be a materials-driven business,’ says Keen. ‘We might use wood, but we want to be more automotive and aerospace.’ Keen will soon employ its eighth staff member and everything from space-planning to marketing is outsourced. Its emphasis is on alliances, even with seemingly rival firms. Ercol, meanwhile, has some 300 staff. Under the design direction of Floris van den Broecke, it is looking to broaden its traditional ranges to include modern pieces by the likes of Terence Woodgate and Antonio Citterio.

As for choosing designers, Keen believes in finding out what people are like. ‘It’s a long process,’ he says. Of the 100 or so he first met, he whittled it down to three regulars. ‘We didn’t necessarily get on with some of the edgiest ones,’ he says, adding that he looks for ‘a balance of inspirational creativity and industrial know-how’.

And the future of Keen’s designs? ‘We haven’t gone out to the wider design market yet,’ he says. ‘It’s too early to say how we’d do it.’ But there are clues. Design, like everything in the company, has to be a collaboration, he maintains, and ‘Keen must be a catalyst’.

Church on a brand and a prayer