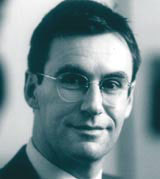 Charles Trevail, FutureBrand Europe’s chief executive, has unexpectedly quit the Interpublic Group company and will not be replaced, it has emerged this week.

His departure is the second senior exit from the consultancy in the space of three months, following FutureBrand chairman and chief executive John Elkins’ move to Visa International (DW 17 April).

Trevail confirms he left FutureBrand last week, but would not give details of his plans or reasons for his decision. Sources suggest he will start his own group, with further plans likely to emerge in the autumn.

‘[Trevail’s exit] won’t unsettle the business, but it is unsettling at a personal level [for staff that were close to him],’ Finn says.

FutureBrand creative director Dennis De Rond is also leaving the group on 21 July, having been headhunted by Design Bridge Amsterdam.

Industry sources suggest redundancies among former Springpoint staff at FutureBrand have also been made – with only six believed to be still in place from what was a 40-strong group at the time of acquisition (DW 27 March).

Redesign of Lilt drink in the can