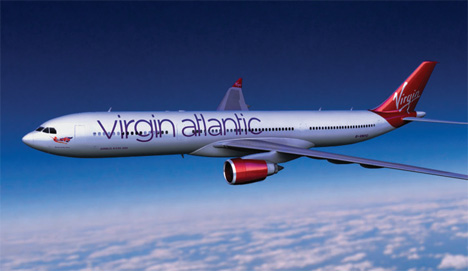 Holmes Wood is creating new wayfinding for Virgin Atlantic as the airline looks to roll out its recently updated identity.

The airline unveiled a new identity and aircraft livery (pictured), designed by Johnson Banks, last year (www.designweek.co.uk, 29 July). Johnson Banks developed the new house style, livery and identity for Virgin Atlantic following a review by Circus, which had been hired in 2008 to advise on the airline company’s brand values.

Holmes Wood has now been appointed to roll out the new identity globally in publicand staff-facing wayfinding and signage.

The consultancy was appointed to the work at the end of 2010, following a pitch process in which five consultancies were approached and three shortlisted, according to Lynne Isted, senior design manager at Virgin Atlantic.

Holmes Wood has previously worked for Virgin Atlantic to produce wayfinding for Heathrow’s Terminal 3. For that project the consultancy developed signage, graphics, maps and interactive screens for the airline.

’Now we’ve appointed Holmes Wood to roll out this new identity, replacing all existing signage. Obviously, Holmes Wood has a lot of experience in this area.’

For the new project the consultancy will develop signage for all of Virgin Atlantic’s UK offices, UK airports (Heathrow, Gatwick, Manchester and Glasgow), all overseas city ticket offices and all 32 overseas airports at which Virgin Atlantic has a presence.

Holmes Wood director Alex Wood says, ’In the first instance, we are reviewing the current offering and familiarising ourselves with all future developments.’
She adds, ’Going forward, all spaces must make Virgin customers and staff feel valued and confident. Signs and information graphics are a primary brand presence.’

Holmes Wood’s work is currently in the design development stage and is set to launch in the UK in the summer, before rolling our internationally by the end of the year.