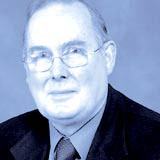 Over the years, a number of potential pitfalls facing design businesses have been widely observed. Some have not been checked.

During more than ten years of working in the design industry David Jebb & Associates has been monitoring a number of trends within the sector. In this time, certain behavioural patterns between the design sector and the rate of UK economic activity have become very apparent.

When the causes of these patterns are addressed and factored into consultancy decision-making, design businesses will undoubtedly benefit.

At the moment, there are two issues which are causing us great concern and which we would regard as ‘industry pitfalls’. First, spiralling staff wages that affect profitability, and second, the sector’s susceptibility to the external business climate: the design sector has consistently proved itself to be a “lead sector” when the rate of activity in the economy as a whole has either slowed down or speeded up.

In the spring of 1991, when we first began collecting data on design consultancies, the average fee-income produced by design groups for every pound of employment cost was £2.73 (this is calculated as gross employment cost for employees who regularly charge out more than 25 per cent of their contracted hours).

It has since deteriorated consistently, almost quarter by quarter, so that for the last three months of 2000 this figure was £1.88. This is a huge drop of approximately 31 per cent over ten years.

Over the same period, the average consultancy gross employment cost required to produce £100 of gross income has increased – from £51.81 to £74.07 – a deterioration of approximately 42 per cent, (where gross income is defined as fee-income plus profit on bought ins/ rechargeables).

Both of these figures demonstrate that staff are adding less and less value to the businesses they work for.

This has come about mainly because the market for good people has been buoyant, and employers have had to pay more to be able to hire the calibre of staff that they need.

On the other hand, design buyers have not increased their purchase prices to anything like the same extent. This has produced the classic wage inflation result of unit costs being forced higher.

The combination of these two factors has led to a position where a number of consultancies seem to be chasing work that is not financially worthwhile, at the same time as they are paying their employees an uneconomic salary for the value of the work that they produce.

So how are these issues to be addressed? Assuming that a close watch on overheads, together with a sensible policy on the charging out of staff time are in place, (and that the consultancy produces a good product), it would appear that the consultancies which are bucking this depressing trend of margin erosion are those which offer an “added value” service.

In other words, they work on the solution of problems through the medium of design, rather than just working on the provision of the design itself.

Much of this added value comes at the front end of the project, before the actual design brief is finalised, and is more in the form of pure consultancy than traditional design. Several groups in the brand consultancy field now specialise on what is such a “front end” product and believe that their work ends, once the design brief has been finalised. This is because they see the actual design work as having been commoditised, and therefore insufficiently profitable.

The second major pitfall for the unwary consultancy relates to the state of the UK economy as a whole.

Most pundits believe that the UK either is, or will be, suffering a downturn in economic activity as a result of the recent slowdown in the US economy. Therefore the average consultancy’s performance in the three-month period April to June will be worse than it has been during the January to March quarter.

In comparison, the “good” consultancies suffer less than the “indifferent” consultancies, with the gap in performance between the two widening substantially.

How best can a beleaguered consultancy respond? In the same way as it can respond to the changes needed to be made due to wage inflation. Exercise rigour, as regards to the quality of the product and the services that the consultancy offer, and include as much “consultancy” in the work produced as possible.