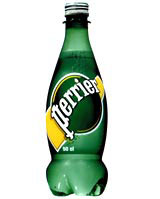 Perrier is attempting to breathe new life into the brand with the launch of its first plastic bottle, in July, designed by French consultancy Dragon Rouge.

It is the first time in Perrier’s near 100-year history that it has used plastic.

The new pack has taken some 11 years to develop.

Observers see the move as a further attempt to reinvigorate the brand, which has struggled to recover from the benzene crisis in 1990, when chemical traces in the water in US stocks forced the recall of stocks worldwide.

Perrier is attempting to extend its reach to young, fashion-conscious adults with the plastic bottle.

Perrier, owned by the Perrier Vittel group, sees adults aged between 20 and 35 as key to its future.

However, the new bottle is designed to complement the existing line of glass bottles without “cannibalising” or “trivialising” it, according to the company.

The plastic bottle will feature natural, lemon and lime flavours in a 50cl format. It retains the traditional French green colouring and attempts to mirror the shape of the glass bottle.

The pack features a new polyethylene terephthalate material, which is designed to retain the taste and prevent the bubbles escaping, unlike standard PETs.

The bottle consists of two layers of PET with a layer of nylon sandwiched in between.

Perrier says that it limits carbonation loss. In ordinary PETs carbonation loss would exceed 50 per cent after 12 months, whereas the Perrier pack loses 15 per cent carbonation after a year, the company claims. Perrier also claims it “guarantees” the product’s taste.