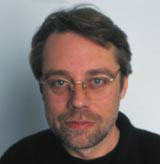 As B&Q follows other DIY chains into the home furnishings market, what does the future hold? David Worthington puts his view

The furniture market is still in turmoil. MFI, after five years of success, is struggling, while Harvey’s has been propped up financially and both of these companies invest heavily in design. In contrast, SCS, an inconspicuous-looking sofa company, is doing well, as is that paragon of anti-design, Argos.

Fashion is undergoing a sea change too. M&S is climbing, BHS is falling and Primark (a renowned value retailer) has become de rigueur for women of every background or age.

Beneath this turbulence lies a fundamental shift in consumer patterns of consumption. Shoppers, who at one time changed their opinions and shopping habits with the seasons, now shift monthly or even weekly, driven by the media circus of celebrity and instant self-actualisation. Unsurprisingly, this trend is balanced by more ‘worthy’ shifts in consumer culture, based on the need to feel that consumption can be good, both for ourselves (when we eat, for example) and our fellow men (the ‘quality’ of company we subscribe to).

The paradox of these desires is a veritable melting pot of individual demands, brought about by the need to justify our ‘Western’ existence, alongside a desire to enjoy the party for as long as it lasts.

So, what does this have to do with design? A lot, if you build a business on celebrity culture, as many of the furniture retailers did; expanding to satisfy demand from incessant makeover programmes and consumers who were persuaded to think of their homes, not as mortgage burdens, but as multi-dimensional financial assets, that allowed them to indulge in their wealth, not just live in it. In addition, the very object that created the wealth became the stage on which to express their creative individuality – a film set at home, just like the real film set on the TV. A kind of mass Truman Show, with lots and lots of design all over the place, just as it was at the end of the 1980s. But it’s not real design, like an Eames chair, it’s a kind of design one-upmanship. For example, I overheard a design conversation between two competing women at a dinner party, comparing their Philippe Starck bathrooms. Much to their derision, they’d chosen the same thing.

It’s not good, it’s not very real, and superficial behaviour such as this doesn’t take much to knock it over – a slowdown in house prices, the realisation that those 1950s-style dark glass decorative vases are simply that, just decorative. Meanwhile, in the real world, life becomes more prosaic and more important: family, friends, work, car, food, football, music, clothes, nappies… and Tesco.

Tesco ‘gets’ all of this. It understands its role as ‘utility’ company of the future, providing everything you need: food, clothes, furniture, electricity, telephones, insurance, transportation – all the basics that enable people to get on with the business of living. Appropriately designed things at the best prices, delivered in an operationally simple way – I have witnessed a bare shell that has been transformed into a functioning Tesco Metro in three days flat. Imagine trying to get your new sofa delivered in three days (amazingly enough, Muji will).

So, as we enter a period of (relative) homestead thrift, our new friend Tesco helps us with every little bit of it, which is great, but is it well designed? Yes, in that it works well, and no, in that it lacks the magic that a company with so much intellect and strength could bring. And, as designers, we can help with this, the problem is that we operate in a world where our skills are considered to be a nefarious investment when compared to the corporate reality of growth and profit for over-expectant shareholders (which is, by the way, not ‘they’, but you and I and our pension scheme managers).

It’s not that there’s anything wrong with profit – little happens without it – but where’s the glamour in it, where’s the future if it’s not re-invested in new and interesting ideas? So, are we doomed to sycophantically aligning ourselves to fashions and fads to make headway? Well, to some extent yes, we have generated a design industry of a size that can now only be sustained by such activities. However, the designer (and client too) is an optimistic animal, and the ‘Tesco’ idea predicts changing sentiments, and with it bright and interesting thoughts, for all manner of bright and interesting companies. And because we, as designers, believe we can make the world a better place, that belief is the best strategic tool we have in making that come true.

Competing in the same space?