Pentagram partner Harry Pearce has rebranded John Lewis, Waitrose and parent company the John Lewis Partnership, in a bid to unify the three brands and highlight the “positivity” of the company’s employee-owned business structure.

The John Lewis Partnership as we know it today was founded in 1928, when the department store’s founder John Lewis died aged 92. It was founded by his eldest son, John Spedan Lewis.

It expanded in the 1930s, taking over Waitrose Limited, which were just 10 grocery shops in London and the home counties at the time. John Lewis’ history is seated in haberdashery and traces back to 1864, when the original store founder first set up a drapery shop.

Since the partnership began in 1928, the company has applied an employee-owned structure, meaning all employees are co-owners of the business and hold stocks and shares in it, and so benefit from its profits. 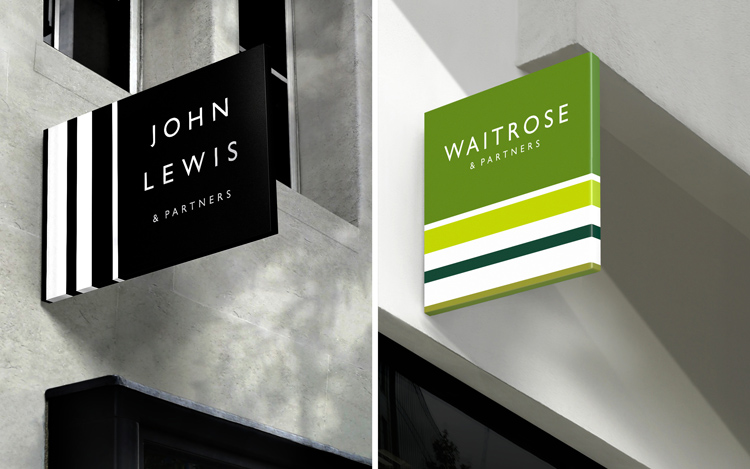 The new identity is the first major change for the three brands in 18 years, and sees the words “& Partners” added to John Lewis and Waitrose, to emphasise that employees are partners of the business.

Pearce says the project has taken three years to complete, and centred around three main aims: to highlight the employee ownership, unify the three brands and create a versatile system that could be used across a range of products.

“First and foremost, we wanted to bring the unique philosophy of all three brands to the foreground,” he says. “Bringing ‘& Partners’ in shows the world the truth behind the brand, and emphasises that no matter what someone’s job is, they are a partner. We felt this was a really positive thing to celebrate, and should be written above the door of the business.”

“The next thing was to create a wonderful bloodline between all three brands so they felt really linked up and in-step with each other,” he adds. “Then finally, to create a flexible system that can deal with many narratives, whether that’s fashion, home or electrical goods in John Lewis, to a deli counter or a can of beans in Waitrose.” 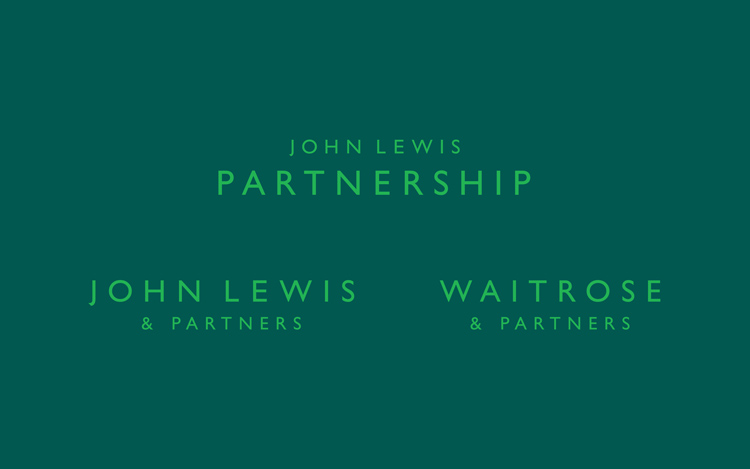 The new branding features the use of sans-serif typeface Gills Sans across all three brands, which was already used across the John Lewis brand but not the others.

Both John Lewis & Partners and Waitrose & Partners have a purely typographic identity, with the logotype spread across a different number of lines depending on its application.

“The logos had to be used in different ways, to cover the sheer breadth of products and services,” says Pearce. “You might want to be really bold and dynamic, such as on lorries, or delicate and quiet, like on a tiny label on a scarf or candle. It’s about dynamic breadth.” 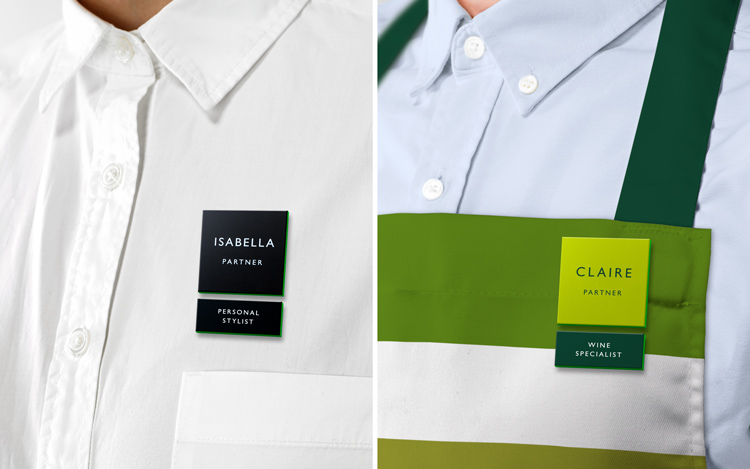 While absent from the main John Lewis brandmark, this green shade, now named Partner Green, is used as a subtle highlight for some things, such as employee name badges. The aim was to reserve this colour as a “tiny gem for the partners only”, says Pearce, to “make it precious”.

“Green has been mostly taken out of John Lewis, but put into the John Lewis Partnership where it all began,” says Pearce. “A green logo doesn’t fit next to all the types of products that John Lewis sells, so its palette needed to be neutralised.

“Conversely, we decided to enhance the palette of Waitrose, as it’s all about foodiness and freshness, so we gave it a much richer range of greens. We also inserted the green back into the John Lewis Partnership, the heart of the partners of the business.” 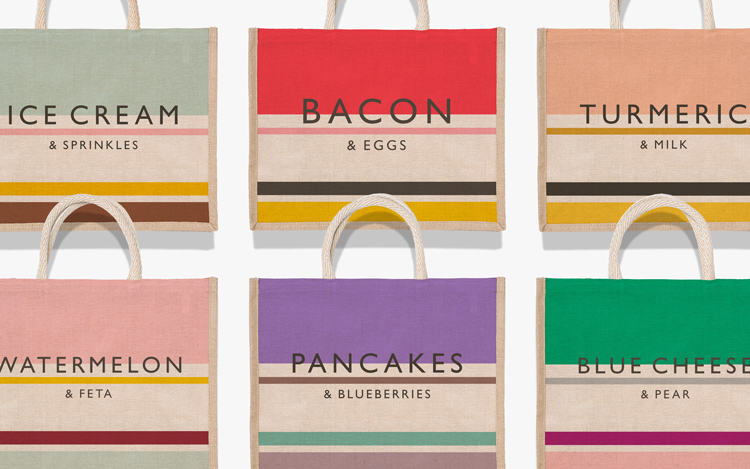 A secondary, brighter palette of colours including red, grey, purple, green, pink, blue and beige has also been used across Waitrose products.

The brand identity for all three brands features a prominent line-based graphic device, which is used to highlight text and imagery, create patterns and shapes, or animations.

These lines have been inspired by John Lewis’ haberdashery and graphic design history, and harps back to a diamond-shaped pattern logo that was created by Peter Hatch for the John Lewis Partnership in the 1960s. In turn, this was inspired by the company’s history as a haberdasher. 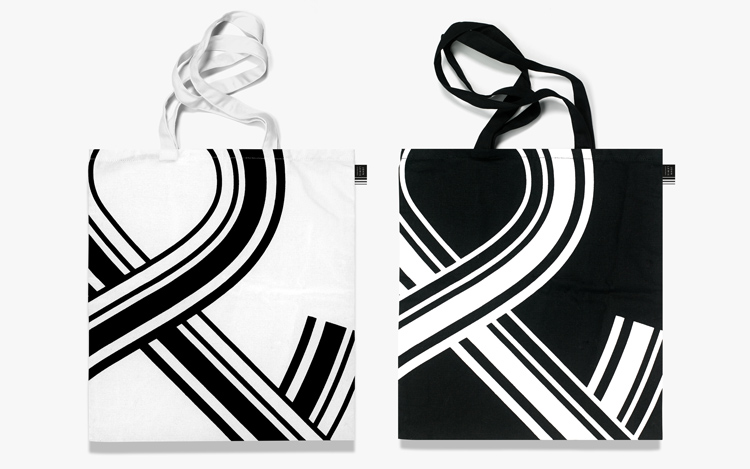 The major rebrand comes after John Lewis and Waitrose experienced a difficult financial year, with annual group profits dropping by 21.9% to £289.2 million in March 2018, according to the BBC. This saw bonuses cut for employees across the company, and mirrors the drop in profits for many high-street brands this year.

“The rebrand started three years ago, so it wasn’t in reaction to [profits falling], but we do think the John Lewis Partnership and Waitrose are being brave and confident,” says Pearce. “This rebrand is very much in the spirit of them continuing to move into the future, amid this high-street crisis.”

The new identity has started rolling out across store signage and interiors, print and online marketing and communications, the websites, apps and social media, staff uniforms, merchandise, advertising and animations. 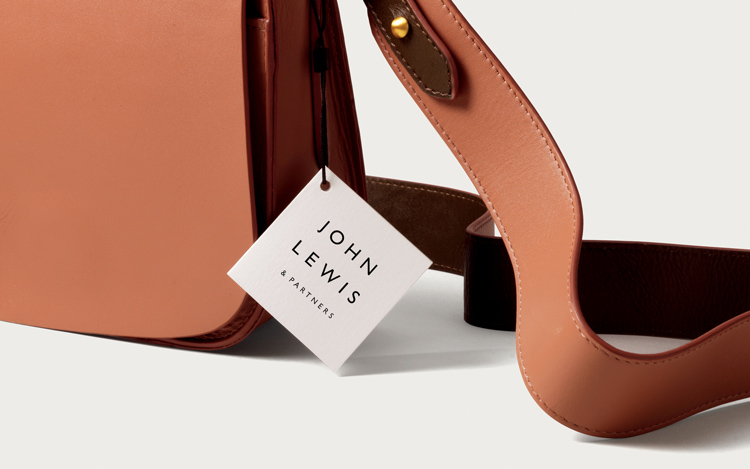 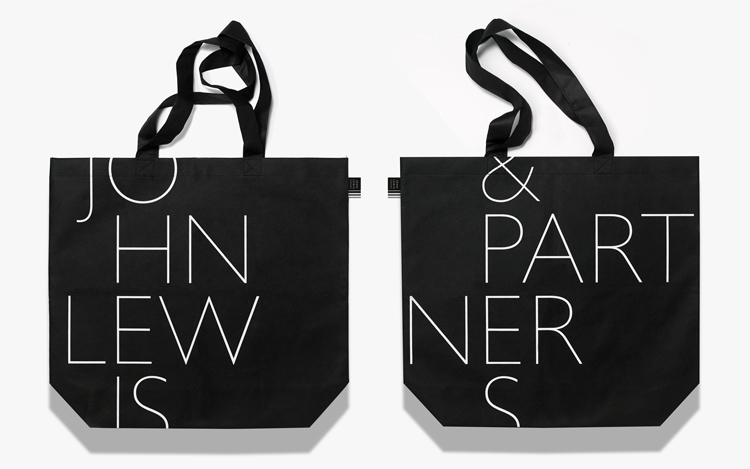 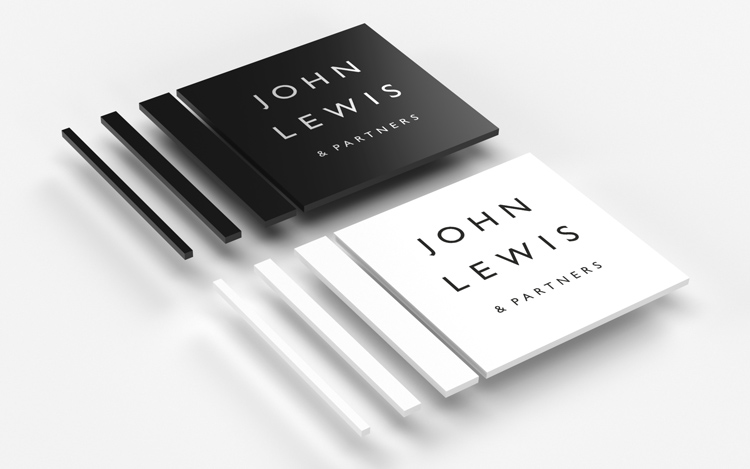 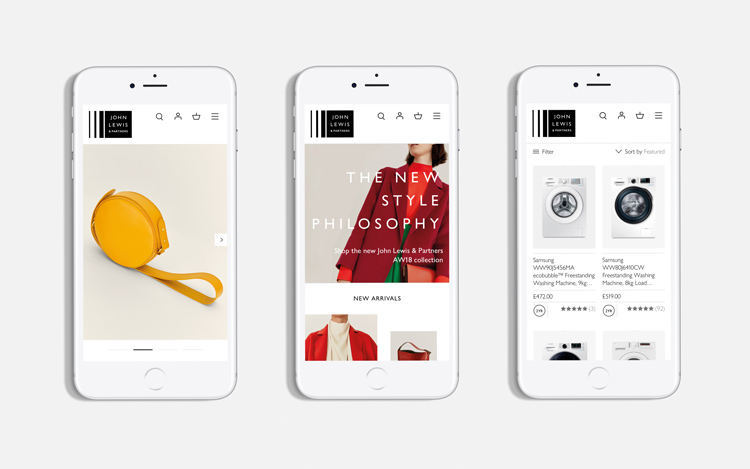 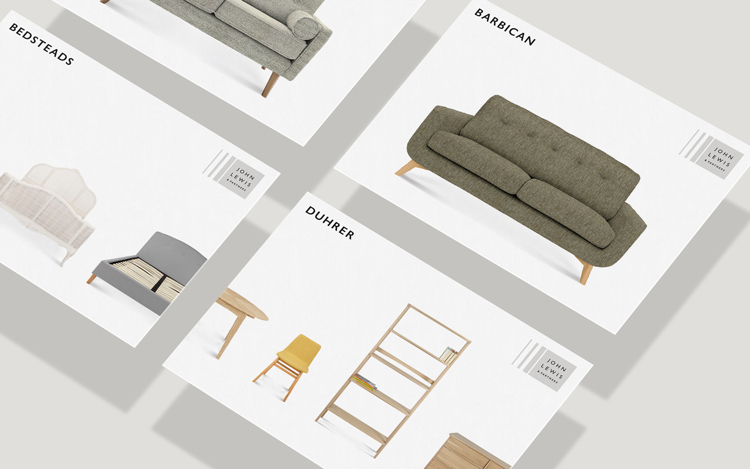 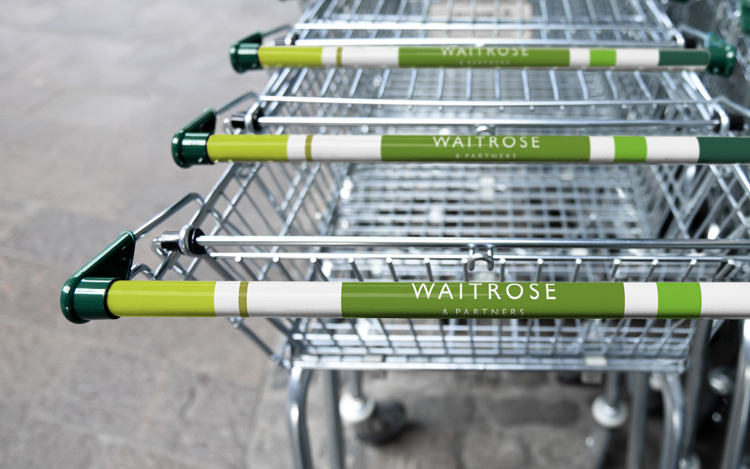 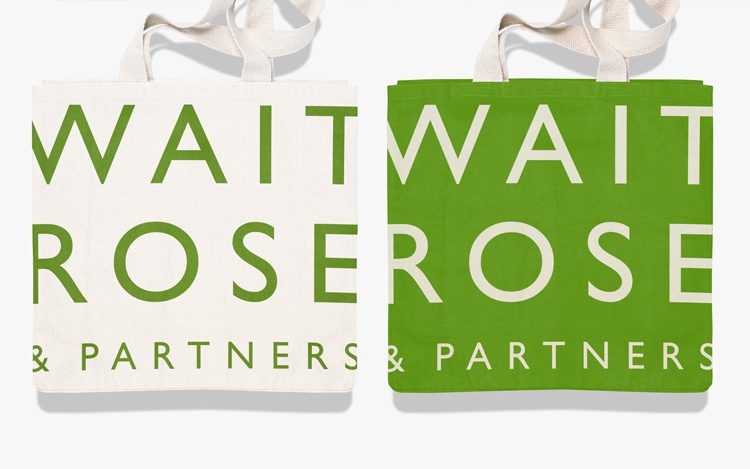 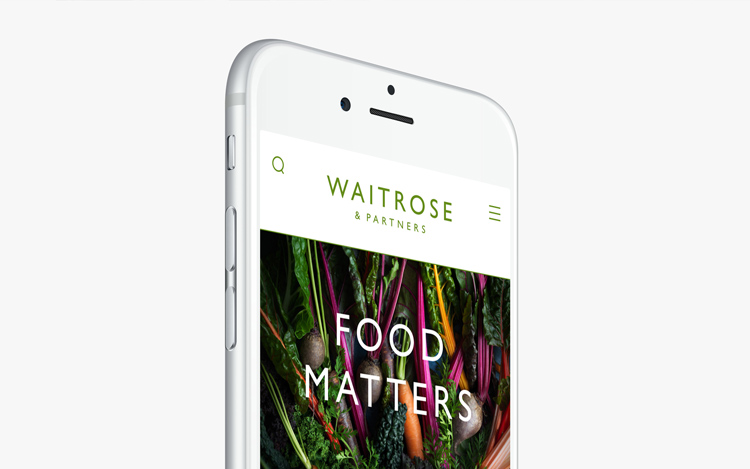