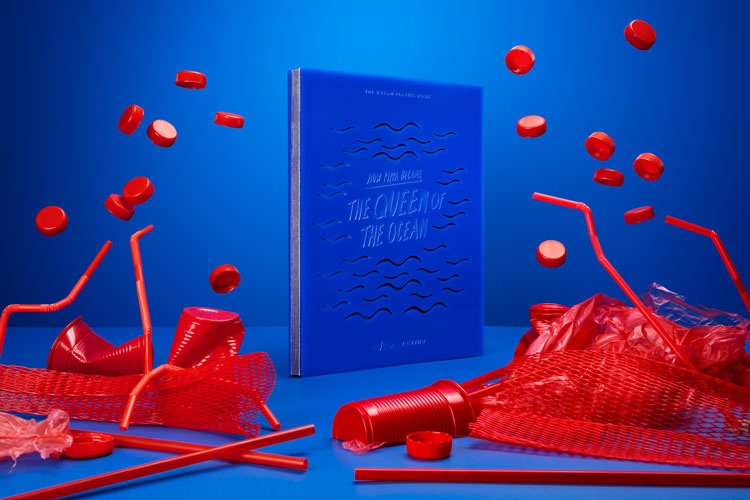 The idea for the book came about based on research showing that more than 8 billion kilograms of plastic waste ends up in our seas and oceans every year, and by 2050 it is estimated that there will be more pieces of plastic than fish.

The book tells the story of a girl called Pippa, who dreams of one day being able to swim with every animal in the sea. When she decides to go on an oceanic adventure however, many of the animals aren’t able to swim properly because they have been injured by pieces of plastic debris. The tale has a happy ending however, with Pippa going on to help the creatures, ban all plastics from the sea and ultimately become the “Queen of the Ocean”. 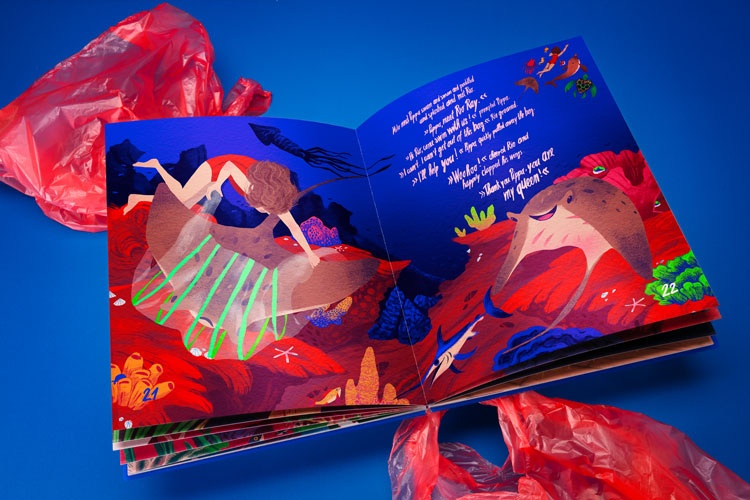 Waste Free Oceans has collected plastic waste from all over the world to produce the book. Teijin – which specialises in fibre production and plastic processing techniques – then shredded the plastics into pellets and turned them into fibres that were used to create a tear and water-resistant material for the book’s pages and cover.

“Instead of extracting more natural resources, we wanted to lead to a change with what’s not only freely available, but what’s doing harm right now,” says Waste Free Oceans CEO, Bernard Merkx. “With the Ocean Plastic Book, we turned harmful ocean plastic into a force for good that can be passed on for generations to come.”

When it came to illustrating the book, Fryer took inspiration from the garish plastics found on supermarket shelves, incorporating colours such as neon yellow, royal blue, magenta and scarlet.

Fryer also cites her childhood obsession with watching the National Geographic on TV as another influence. “As the adventure goes deeper with Pippa I also went deeper into the sea,” says the illustrator. “There are various scary fish present that used to scare me too, including a giant squid hidden in one scene, and a moray eel that spooked a younger me in Australia.”

The book is currently being sent out to politicians and other public figures, and the team behind it is in talks with publishers about releasing a publicly available edition. For more info, head here. 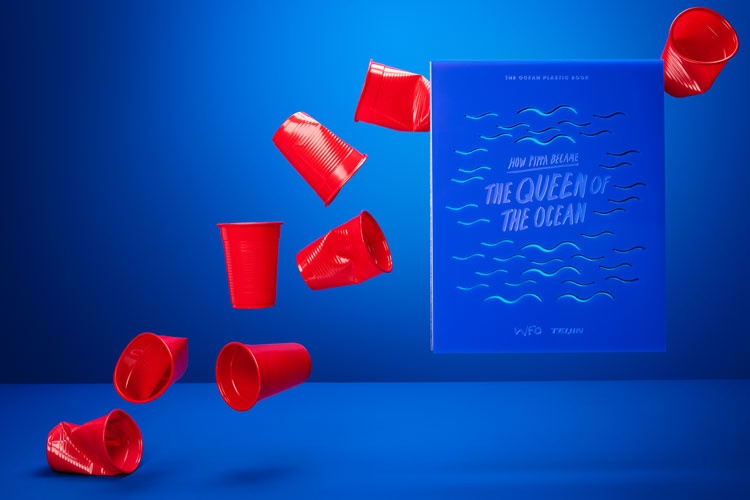 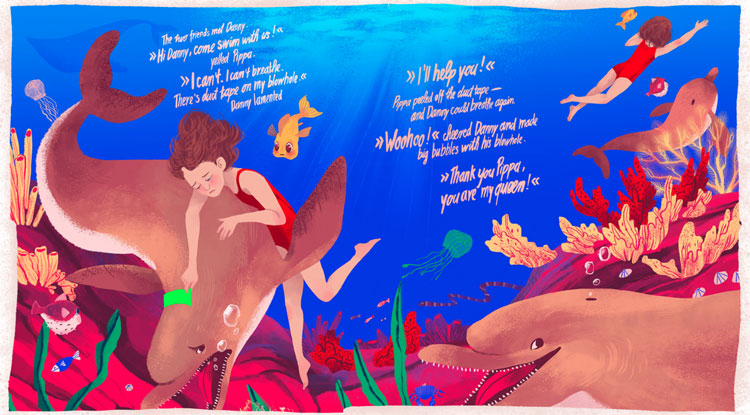 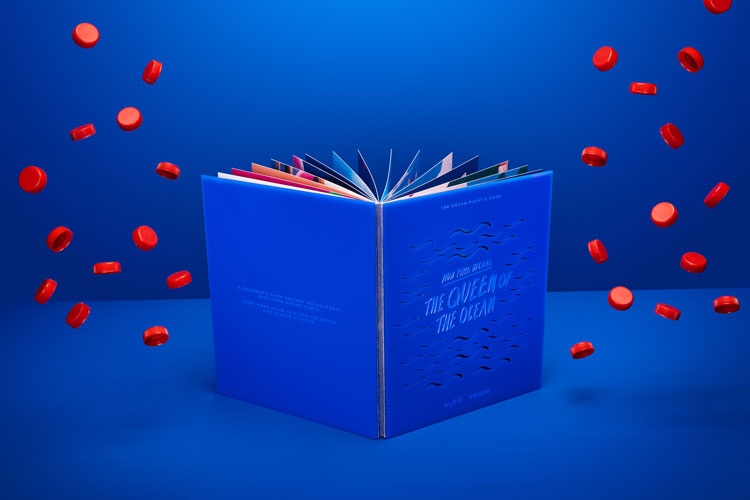 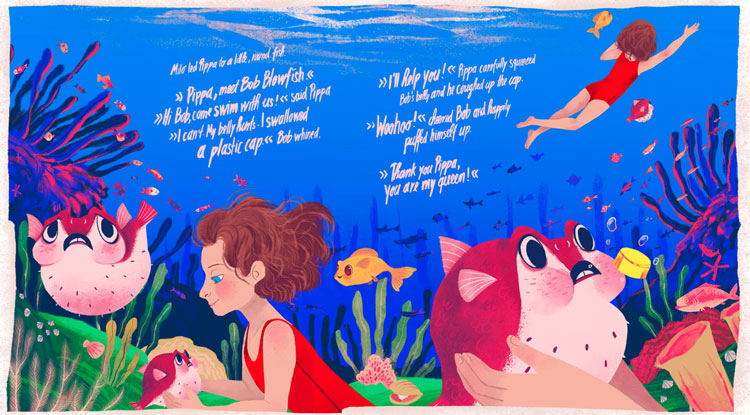 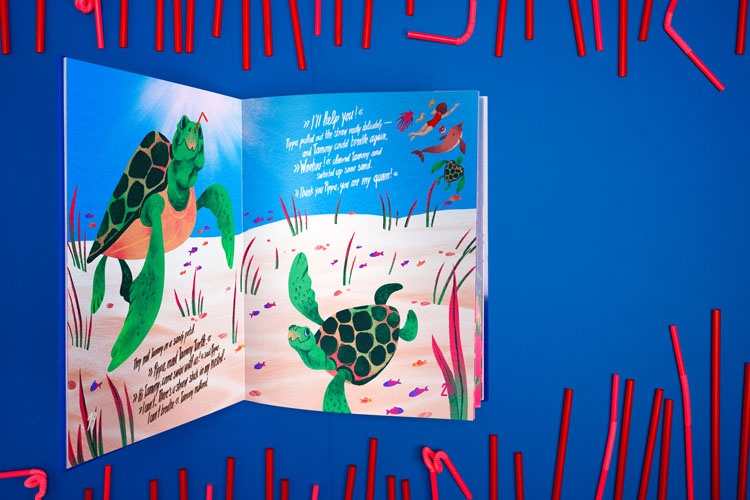 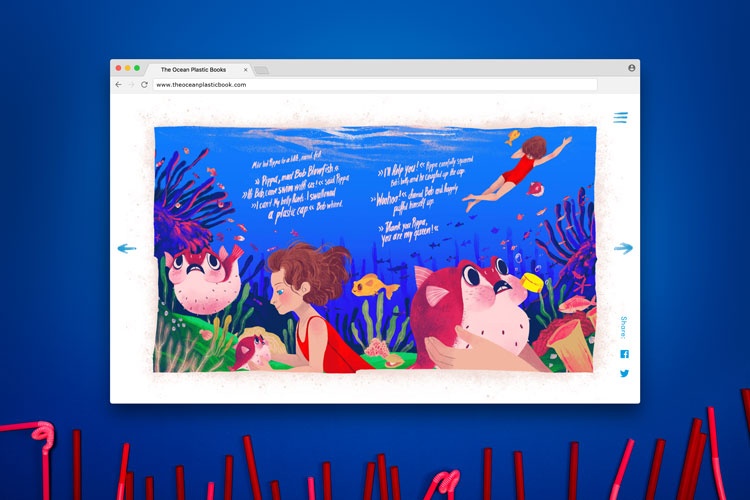 A campaign for Goldsmiths university to show its “diversity”