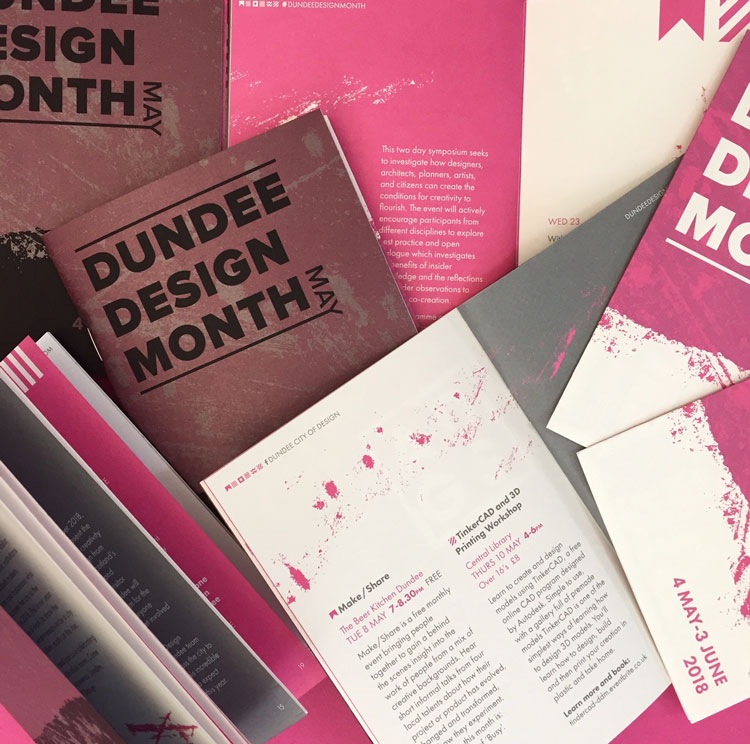 What: Brought to you by the team behind Dundee Design Festival and its UNESCO City of Design designation, Dundee Design Month will play host to a programme of over 50 events across four weeks. Highlights include the Dundee Design Festival Presents… series, which will see the return of the annual Pecha Kucha Night, and a design-focused street parade that will bring together over 500 young people from across the city. Keep an eye out for the V&A Dundee team as well, who will be popping up at various venues throughout the month to give insight into what visitors can expect when the museum opens later this year.

When: Various dates throughout May.

Where: Various locations across Dundee.

Info: Some events are free, others are ticketed. For more info, head here.

What: Now in its second year, the Loewe Craft Prize was founded by fashion house Loewe’s creative director Jonathan Anderson to help champion the role of craft in today’s culture. The shortlist features 30 designs from 18 different countries, and spans disciplines as varied as ceramics and furniture. All the shortlisted designs will go on display at London’s Design Museum, and the as-yet-unannounced winner will take home a €50,000 (£43,700) cash prize.

When: The competition winner will be announced on 3 May, and the exhibition will run from 4 May – 17 June 2018. 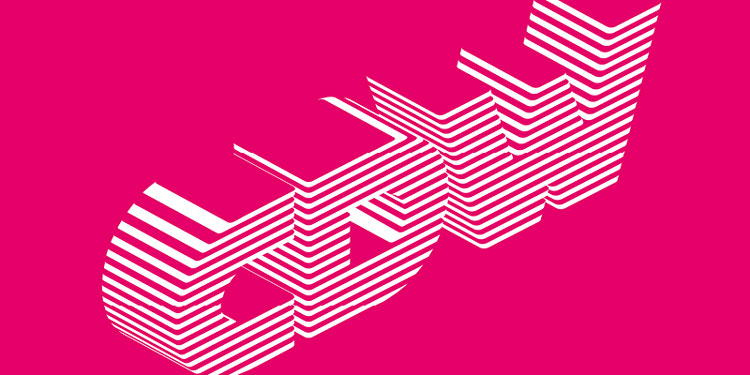 What: Returning for its ninth edition, Clerkenwell Design Week takes place in the heart of one of London’s main design hubs. Spread across three days, the festival will showcase both emerging and established designers through a programme of workshops, talks, installations, showroom presentations and fringe events. Keep an eye out for a collaborative project between the fair’s organisers and Chelsea College of Art examining the environmental impact of tote bags, recent Kingston University graduate Lou Corio Randall’s colourful, steel-based series of installations titled Pipe Line, and a panel discussion with Territory Studio (the consultancy behind the on-screen graphics in the new Blade Runner film) that will offer a glimpse of what Clerkenwell could look like in 2049.

What: It’s not very often that the worlds of Roman Catholicism and graphic design cross paths. However, the two subjects are set to be brought together in the Ditchling Museum of Art and Craft’s upcoming exhibition, which will focus on the work of Los Angeles-based nun and visual artist Corita Kent during the 1960s. Designer Morag Myerscough cites Kent as an inspiration for her work today and will discuss this during an accompanying talk at the museum, with a particular focus on their shared view that “creativity is based on close observation of the ordinary”. Myerscough and fellow designer Luke Morgan will also take over the museum’s Wunderkammer space with a surprise installation, which will be on display throughout the duration of the exhibition.

Info: Myerscough’s talk costs £12 plus booking fee, and entry to the exhibition costs £6.50, or £5.50 for concessions. For more info and to buy tickets to both, head here.

What: Barcelona-based design conference OFFF has grown enormously over the past 17 years, now encompassing a spin-off version in London and a number of one-off events all over the world, which have previously taken place in cities such as Paris, New York and Mexico City. 2018 is a year for self-reflection, as the team behind the conference hopes to address the question “what is OFFF?” with a new campaign by New York-based studio Mathery. The campaign plays on the mysterious OFFF acronym, offering up suggestions as bizarre and varied as Oysters Flavoured Food Festival and Orange Fringed Fathers Festival. Mathery will be presenting the full campaign during the conference, and will be joined by host of other speakers including illustrator Petra Eriksson, Camille Walala and Pentagram’s Luke Hayman. Last year’s speakers included Moving Brands, Lance Wyman and Anthony Burrill. Read our review from 2017 here.

How to stop copycat designers from stealing your work