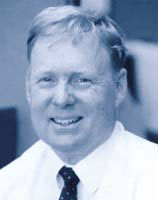 If two words sum up product design trends at the turn of the 21st century they are inclusivity and sustainability. One is to do with people – creating products that can be used by all, regardless of age or physical wellbeing – the other is to do with the welfare of the planet, by designing recyclable or degradable products, from washing machines to drinks cans.

We have the likes of the Royal College of Art’s Helen Hamlyn Research Centre successfully preaching – and acting upon – the concept of inclusivity. It’s a relatively new buzzword, but with the likes of the Design Council and BAA group design director Raymond Turner supporting it publicly earlier this summer (DW 21 June), it looks set to make some impact, particularly on public transport, if only on the conference platform. With luck, this mainstream interest in inclusivity will at least bring a new dimension to student projects, banishing the standard exercise of designing a pill bottle purely for ease of use by the elderly, when in practice we all need to take pills at some time.

Inclusivity is arguably the expression of the belief that the consumer is king – a late-1990s revelation to marketers who for years had sought to serve the client, be it a supermarket chain, a bank or a company shareholder, rather than the end-user. As such it has a strong chance of taking off.

Sustainability, meanwhile, is running deep now within the minds of manufacturers, albeit against a backdrop of social protest about the power wielded by megacorporations and their brands. On one level it is the physical manifestation of the social responsibility that those in the service industries, particularly those like some oil companies with a dubious track record, are keen to show – to the potential benefit of the design community. On the other, it is the culmination of years of work by people taking a more holistic approach.

The seeds of this latest focus can be traced back to the Green movement of the 1980s, when talk was of recycled paper and city trams, but it goes back much further than that. Throughout the 20th century there was at least one strand of philosophy looking to create simpler things, often incorporating design into its thinking. The Shakers, William Morris and others were part of that. The difference now is that it has the support of the multinationals – hence metals group Corus’s continued support of the Design Museum’s Design Sense prize – and increasingly the law.

The good thing is that once it becomes integrated, we will no longer need to use the words inclusive or sustainable. The outcome will just be better design.

West Ham fan has been grinning since January

Guerillas in the midst of Aurora Marketing