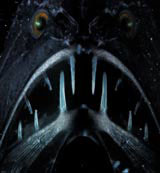 Golden Square has created an on-screen ident and promotional sequence for BBC1’s Blue Planet series, which goes on air on 12 September.

The eight-episode series explores the earth’s oceans and claims to film at greater depths than ever before.

Golden Square’s ident is a composition of the BBC balloon and shark footage, while the 30-second promotional sequence shows a journey across the moon’s surface, through the earth’s atmosphere and into the ocean.

It mimics the view of a fish as it dives down to the ocean floor and back again.

Golden Square, which commanded a £15 000 fee for the project, won the work without a pitch.

Directional guidance is key to fighting a lost cause

The re-mapping of the digital media landscape