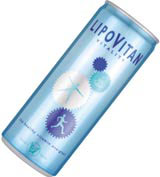 London-based Blackburn’s has repackaged Taisho Pharmaceutical’s energiser drink Lipovitan, for a fee of around £50 000.

The revamped design coincides with an improvement in the drink’s formula and will appear on shelf from this week. The brand has been struggling to build market share in the energy drinks sector and the consultancy was briefed to evaluate the product’s positioning and update the brand’s image.

‘The energy drinks market is close to saturation and our products weren’t performing to their potential,’ says Taisho marketing manager Alex Armstrong.

Blackburn’s design director Matt Thompson says the product previously looked ‘like a can of car oil’ and the central oval-cog design gave off the wrong impression ‘because oval-shaped cogs don’t work’.

But he says cogs still appear on the new design, as the mechanism represents how the drink’s ingredients work together to create energy.

The group also updated the product’s colours to be more ‘modern and bright’. The drink has been repositioned to sit between the ‘silver, more adult appearance of Purdeys cans at the one end and the machismo of Red Bull at the other’, adds Thompson.

The company approa-ched the consultancy at the beginning of 2002 on the strength of its previous work for Britvic’s AmÃ© and Aqua Libra products.