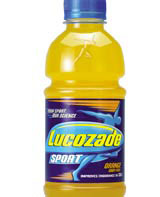 Seachange Creative Partners has repackaged GlaxoSmith-Kline’s Lucozade range in a project believed to be worth a six-figure fee to the group.

It is the first time the products have been updated in seven years and the refresh comes as the company moves to shore up Lucozade’s position in the sports and energy drinks markets.

Coca-Cola Great Britain’s Powerade, re-launched in 2001, has proven a serious competitor in the sport sector and a recent Nielsen report shows the Red Bull drink has 25 per cent market share in the energy drink sector against Lucozade’s 17 per cent.

According to Lucozade’s marketing category director Fiona Vigar the company wanted to revive the brand ‘before customers felt it needed updating’. She says the consultancy was briefed to create a modern design that retained the brand’s iconic stature and colours.

Seachange creative director Sally Costen says that the group’s main challenge was developing a design that drew together the whole Lucozade portfolio.

‘Lucozade Energy had a very different appearance from other products and didn’t have an elite, corporate look,’ she says. ‘There wasn’t an identity that transported well from the pack to other promotional material.’

Lucozade Sport’s previous design was too ‘brash and confrontational’, adds Costen. ‘The aim with Lucozade Sport was to have it more badged, so it had sports labelling as well as being a sports drink.’

Seachange was awarded the work in August 2001 following a three-way creative pitch.

Giving up fags for champagne is worth only a pound