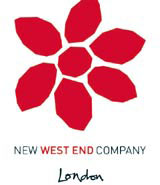 Helen Robinson is thrilled with her latest challenge. For someone who has been involved in a design capacity with as eclectic a mix of companies as Debenhams, Asprey & Garrard (as it was then), Transport for London and British Airports Authority, she is perfectly placed to channel her wide experience into yet another role, as chief executive of the New West End Company. So it should come as no surprise.

That she is enjoying it so much is more of a revelation. Surely she must be jaded by now? But the challenge was ‘irresistible’ and Robinson, as warm and stylishly elegant as her newly-decorated office space off London’s Leicester Square, is as keen to bang the drum for design being the heart of every successful venture as she always has been.

NWEC is just over two years old, but things are starting to hot up. Set up to develop the areas of Bond Street, Oxford Street and Regent Street in London, it appointed HOK Architects last week to create a masterplan and Fox Kalomaski is gearing up to launch NWEC’s website, www.new westend.com, in March. NWEC was also selected last week to launch the Business Improvement Districts pilot scheme in the UK, a US initiative that has attracted criticism for cleaning up districts at the expense of homeless people. ‘I have no time for anyone who does that, you must be socially responsible,’ Robinson says.

HOK was chosen as it had the right mix of ‘dream-thinking’ and practicality, Robinson says. It is an international company and, importantly, ‘on the block’, based on Oxford Street. Its task is to identity opportunities for improving all aspects of the district: lighting, street furniture, market positioning, public access, traffic management, pedestrian and cyclist access and wayfinding.

HOK is now carrying out a further three months of intensive consultation before reporting back. Only then, Robinson says, can more detailed decisions start to be considered, such as whether the area should be branded like Fitzrovia, Soho or NoHo, or whether street furniture should match or help differentiate each separate street.

It’s too soon for answers. The development of ‘my three streets’, as Robinson calls them, is a complicated initiative with many partners, including Westminster City Council, the Metropolitan Police and the Greater London Authority among others, but its aims are quite simple.

‘[The area] needs a sense of place, and we certainly want each street to develop an individual character. Short term, we want to make the streets cleaner and safer,’ she says. Longer term, and Robinson admits it could be up to 15 years before NWEC’s vision is realised, it is to completely revitalise the West End and create a theatrical shopping, leisure and entertainment destination.

She shows me the blue-sky concepts she presented to Ken Livingstone earlier on in the project, created by Marketplace, which collaborated with Alan Fletcher on NWEC’s red flower marque (DW 20 June 2002), and Raymond Turner, who works closely with Robinson as a design consultant, although she prefers the term ‘part-time team member’.

Designed to stimulate ideas and show what could be achieved, rather than what will, they are nonetheless a mouthwatering Utopian vision. Huge open spaces are accessible via giant, dramatic ‘gateways’ at Marble Arch and Tottenham Court Road; street musicians and performers jostle with happy shoppers; Oxford Circus is a semi-covered ‘hub’ of activity; a protected Eros at Piccadilly is surrounded by pedestrian areas and environmentally friendly transport; Bond Street is transformed into an upmarket Italianate ‘passegiata’ and oases of pedestrianised calm nestle among the bustling streets.

Some changes have already happened. Since last summer, street cleaners and semi-police trained Red Caps, all sporting the Fletcher-designed marque on their red uniforms, have marshalled the streets. If nothing more than a physical sign that NWEC is serious about its long-term aims, they are also indicative of Robinson’s aim to put design and design consistency at the core of all the company’s work.

Too many companies fail to understand the importance of introducing design early on at a high level, she says. ‘It must be there at the top to give it clout, or nothing gets done. And a good design brief is absolutely vital to the success of a project.’ Her credentials speak even louder: she persuaded the former London Transport to hire its first design director, Raymond Turner, in 1986. Back then, she recalls, design wasn’t integrated. It meant a shiny new London Underground station could be designed, but three months later needed re-wiring, as no-one had thought to do that before the design application had been finished.

Part of the problem, Robinson believes, is that as a nation, we still don’t value design enough. ‘The dichotomy is that we turn out world-class designers, but are still not design-led enough. As a nation, we are not very visually aware. In schools, for example, there is no feeling of design’s importance. And in business, the management of the design process is often not clearly understood,’ she says.

There is nothing downbeat or defeatist about the way Robinson says this, however. She appears bright and optimistic that design will assume greater importance to business, and she’s upbeat about her own challenges.

‘I love London, but it’s lost its way. We’ve got a chance to influence that, which is hugely stimulating. The most unexpected pleasure in the job has been the support of the board, and its wealth of expertise I can call on. I’m a very lucky chief executive.’

1994 Awarded OBE for services to transport and design