It launched smaller sub-charity Beating Bowel Cancer in 1998, and at the start of this year, the two charities have merged to create one, bigger organisation. 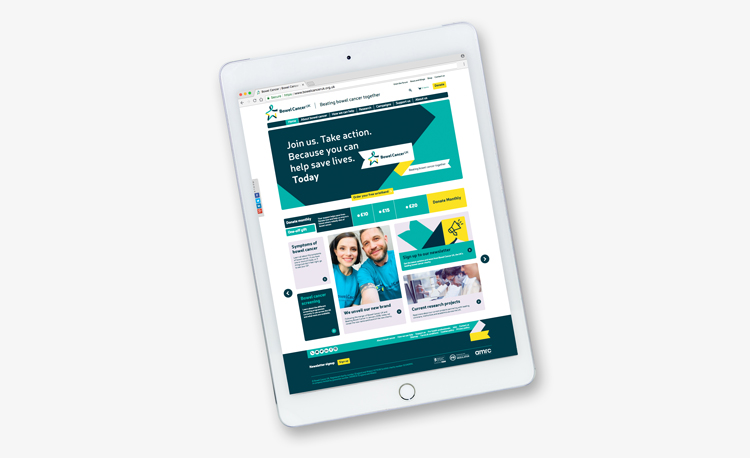 The new brand is centred around a star-ribbon symbol, known as the “Star of Hope”, which is used in the logo alongside the charity name and strapline set in sans-serif typeface Neris. This typeface has been used across all communications.

“The typeface has a lovely, organic quality to it, which we felt really captured the human aspects of the brand, which we were trying to hero,” says Ryan Miller, senior designer at The Team.

This star icon is an international symbol for bowel cancer, and is used across the UK, US and other countries. It has been used as it “strongly resonates with supporters and patients”, says Miller.

“We came to the decision that using that international symbol was the right thing to do, while helping the charity make it its own with a new suite of colours and accompanying typeface,” Miller adds. “The overall shape is recognised internationally.” 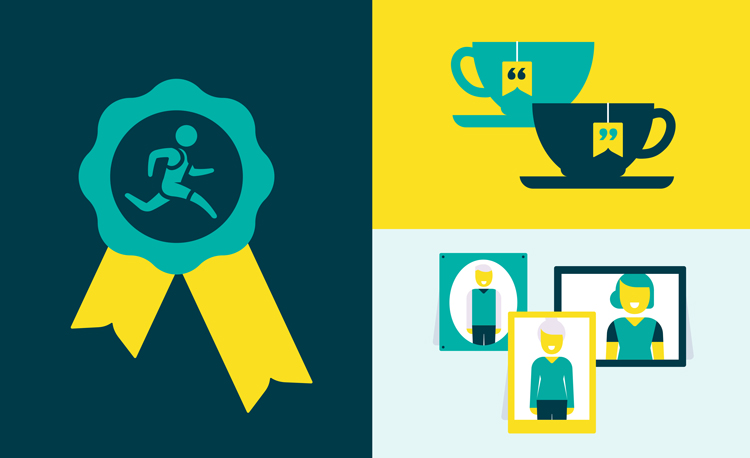 The ribbon element is carried through communications, used across online and print platforms as a background and holding device for text and imagery.

A core colour palette of navy, teal and yellow has been incorporated, and flat graphic illustrations have been used, which take on the same style as the star-ribbon logo.

“The stakeholders were very aware of the excessive use of pinks, purples and blues within the cancer charity sector,” says Miller. “We wanted to push colour into a new space and help them stand out, so leading on the teal and yellow is quite a point of difference.” 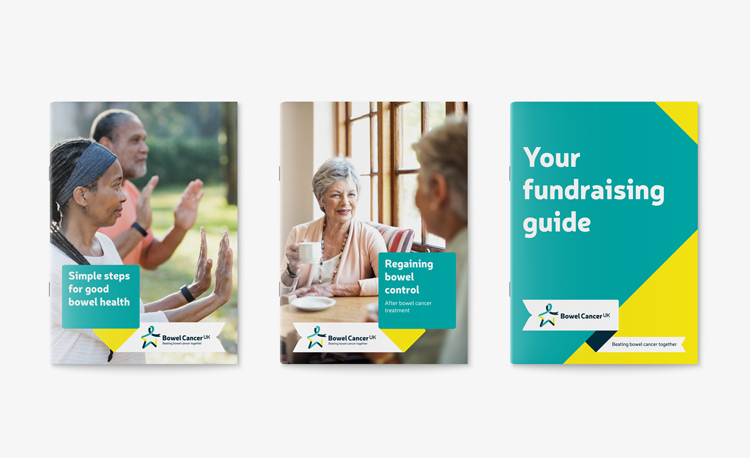 A new tone of voice has also been incorporated, centred around the strapline “Beating Bowel Cancer Together”, which aims to “acknowledge the combination of forces and contributions made by supporters of the two former charities”, says the studio.

The brand has now rolled out across all touchpoints, including print and marketing collateral, online platforms and merchandise.