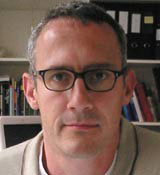 I write in response to the Comment regarding the appointment of Tony Dunne as head of interaction design at the Royal College of Art (DW 9 June).

As an ex-student of interaction design at the RCA, I would argue that since Irene McAra-McWilliams’ departure the course has regained momentum.

Recent student work has demonstrated an appropriate range of concerns, from social to systematic; the course has not, however, lost sight of the commercial demands of the technology industry. This year’s projects, which examined design issues relating to service design, call centres and mobile telephony (to name but a few) are all excellent examples of where design research and the practical applications have been combined effectively by tutorial staff. I believe that the course’s tutors have done a sterling job of keeping the course on track, despite the lack of senior leadership.

Dunne may choose to ‘play down the “computer” aspect’ of the course, but I would hope he does not do so at the expense of developing his students’ more marketable skills. The Design Council team is in a privileged, funded position that enables it to do its work. The future graduates of the interaction design course are unlikely to get jobs, which will give them much opportunity to pursue projects similar to those of Hilary Cottam.

The course needs to equip them to work alongside usability, human-computer interaction and market research practitioners in more commercial environments than that of the Design Council. I believe that it currently does this effectively and would hope that Dunne recognises this as well.