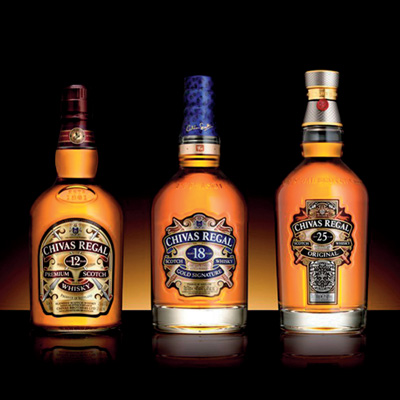 Someone has been appointed as brand ambassador to Scotch whisky brand Chivas Regal and will work across its three signature whiskies.

Appointed through a strategic pitch at the end of May, the consultancy is now ’working with Chivas to define its range’, according to Someone co-founder Simon Manchipp.

Chivas Regal is a blended Scotch whisky produced by Chivas Brothers and owned by Pernod Ricard.

Someone will look at the three whiskies, Chivas Regal 12, Gold Signature 18 and Original 25 year old, applying a new strategy across them.

The strategy ’won’t just consist of guidelines’, says Manchipp, who confirms ’there will be a tangible visual output’, although it is unclear whether this will include work on the crests or identity.

’We will need to work in written and non-written communications though,’ says Manchipp.

’There could also be advertising developments,’ he adds, and packaging may be reviewed with any visible results expected to be delivered later this year.

’They are currently marketed in three separate ways but have common parts. Whatever we create will be a single thing in terms of brand vision but work as an adaptable modular system,’ says Manchipp.

Presented with a ’wonderful conundrum’ Manchipp feels that although the products are from the same house they are three ’very different offers’.

They will need to ’behave as a family’ but says Manchipp ’consistency is dull and predictable.’ Instead, a ’cohesive’ brand family will be formed.