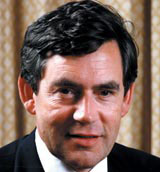 If you didn’t catch Chancellor Gordon Brown’s speech on Wednesday afternoon, there’s no need to lose too much sleep. It wasn’t a particularly noteworthy Budget from the creative industries’ point of view, though it may have implications down the line, as it is still not clear what the announced revamp of UK Trade & Investment means for the design world.

The ‘Budget for Schools’, as it was dubbed by the BBC, will certainly hearten some within design, with its initiatives like the funding of 3000 extra science teachers.

Then there is the revamp of the Office for National Statistics, the creation of a £34m national sports foundation and £200m of funding for sport, ahead of the 2012 Olympic Games in London, which are likely to afford project opportunities for design consultancies.

But, in terms of specifics for the creative industries, there wasn’t really much to shout about. While Gordon Brown extended the research and development tax credit scheme to include larger companies (with up to 500 employees), it still has not been made easier for design businesses to benefit from the rebate.

The Budget report says that ‘the Government intends to extend additional support through the R&D tax credit system, as recommended by the Cox Review’. The thing is, the Cox Review did not commit to opening up the scheme to design groups. In fact, it chose to ‘reject’ calls for an extension to include designing. Apparently, it is not entirely off the Design Council’s agenda, however.

The report also name checks the London Development Agency’s feasibility study into a ‘London creativity and innovation hub, at the centre of a wider network of creativity and innovation centres’. The wording still gives nothing away as to whether our much-vaunted ‘hub’ will have anything like its own physical presence. The ancilliary Budget report also states that the Government is encouraging Regional Development Agencies to make more use of the Design Council’s Design for Business programme.

Stuart Macdonald, director of The Lighthouse, commends the very mention of the Cox Review, but agrees there is still a question mark over resourcing its objectives.

Mandy Merron, partner at accountant Willott Kingston Smith, notes that ‘while, politically, you may applaud the increase in the minimum wage, it will, nevertheless, inevitably contribute to increasing employment costs for business, putting pressure on profits’.

Merron also points out that the decision to reduce the income tax relief on Venture Capital Trusts (from 40 to 30 per cent) will make it less attractive for high net worth individuals to put money into smaller, unquoted businesses, such as design ventures via VCTs.

After the Budget address, other luminaries from the creative services sector were quick to point out that, while the government has begun making an awful lot of noise about the competitive threat of emerging economies like China and India, it is still very much just noise at this point in time.

Responding to the Budget in the Financial Times, both James Dyson and Sir Martin Sorrell suggested that the 2005 budget was not one to address the challenge of Asia.

From an educational perspective, ‘China and India are churning out ten times our number of graduates,’ Dyson said. While pleased with the Chancellor’s educational initiatives, Dyson also reiterated the major criticism levelled by the CBI, that the Chancellor had missed an opportunity to reduce the corporate tax burden on UK business.

Sorrell suggested that, from a business perspective, there was nothing specific in the Budget for the marketing services industry, nor was there anything to address patterns of investment in relation to India and China.

‘I’m not sure, overall, that [the Budget] deals with competitive issues – issues that our clients worry about – such as investment in Asia, Latin America and Eastern Europe,’ he told the FT.

But, when all is said and done, the fact remains that the Treasury largely overlooked the creative industries at a time when, more than ever, we need some clear indications from the Government about its own role in strengthening design – the UK’s great hope for enterprise.

While the Cox Review did so much to successfully front up the issues to Gordon Brown – as witnessed in the Pre-Budget address last December – it will take more than platitudes and effusive government rhetoric to turn the UK into the ‘world’s creative hub’, no matter how often Tessa Jowell bigs it up.

• £20m seed capital for an enterprise fund for the environment

• £50m fund for businesses creating their own energy

• VAT paid on renovation of churches to be refundable

• Office of National Statistics to become independent, like the Bank of England

The Budget in Depth:

Full report and speech are available on-line at: www.hm-treasury.gov.uk

The discomfort of strangers