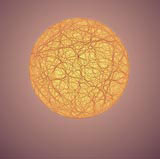 Advances in technology have led to a new generation of Internet artists, who believe that by subverting the medium they can counter the impact of progress on our individual behaviour and understanding of the world, says Adrian Shaughnessy

Defining what is and what isn’t art used to be easy. Then Marcel Duchamp came along and announced that anything – even a urinal – could be art. And, for many people, this was the end of art – except it wasn’t. Because post-Duchamp, everybody acquired the right to say, ‘I’m an artist’ and, just so long as there are curators, gallery-owners, critics and funders to agree with them, they automatically become artists. Today, we’ve gone one step further – you no longer have to be an artist to be an artist, and you don’t even have to call what you do art for it to be regarded as art.

The authors of At the Edge of Art note approvingly the 1996 words of net provacateur Alexi Shulgin: ‘Artists! Try to forget the very word and notion, “art”.’ And it’s this new breed of artists, the ones who have heeded Shulgin’s call, who are the subject of this book. The authors define them as ‘biologists, engineers, designers and hackers, rather than the newest crop of fine art graduates, and they wield powerful 21st-century tools, such as DHTML or webcams, rather than a 19th-century palette and brush’.

At the Edge of Art is a book about Internet art. And, just as Duchamp did in the early part of the 20th century, Internet art assaults many of our most cherished notions about art. First, art on the Internet is accessible to anyone with a computer and Web connection. This is in sharp contrast to contemporary fine art, which still, even in its most radical guises, exudes an aura of elitism and privilege that comes from its association with galleries and affluent collectors, both public and private. Art, or so it seems, still needs its élite status to retain its prestige, and thus the question arises – can something as ‘available’ as Internet art be any good?

Second, Internet art relies on computer code and the technological constraints imposed by shared technologies, which means that on-line art is at least partly determined by the technology. In a chapter called Code as Muse, the authors give the example of Ken Musgrave, an artist who creates realistic landscape ‘paintings’ by writing ‘algorithms that perform the mathematical equivalent of Genesis, building mountains crag by crag, and tress limb by limb, tracing the paths of virtual light rays to cast shadows of virtual peaks and to paint reflected sky in virtual water’.

Yet, as Musgrave admits, changing the light in one of his scenes automatically results in it changing elsewhere too, a fact which suggests that the resultant work is at least partly determined by the computer. This seems to strike at the heart of what we cherish most in art – unfettered human expression.

The book’s central thesis is that it is through the misuse of technology and software that a new generation of Internet artists have demonstrated their value to the culture. The authors put forward the theory that it is only art (the antibody) that can protect us from the all-enveloping threat of technology (the virus), and, by technology, they mean ‘not simply the tools and codes, but also the concepts and metaphors that accrue to them’. In other words, it is only by interfering with the smooth running of technology that we can counter the impact of technology on our behaviour and understanding of the world.

To back up their claims, the authors provide plenty of well-illustrated, well-observed examples of subversive ‘net art’. But there’s a paradox here – readers are likely to spend most of their time oscillating between the book and the screen, chasing down references and sites. So why not produce this book on-line? Can it be that, despite the paradigm-shifting effect of the Internet, there is still no satisfactory alternative to the book? Or could it be that the Internet lacks the fundamental integrity of books? l

At the Edge of Art, by Joline Blais and Jon Ippolito, is published by Thames and Hudson, price £19.95