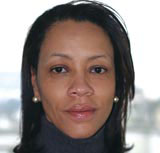 The danger of relying on brand strength can be dead-in-the-water design – just look at Swatch and Smart cars, says Margaret Oscar

When my partner decided to invest in a Smart car, I hesitated. I was less than pleased about a car that seemed better placed in toy town than sitting on my drive.

Bemused, my other half couldn’t understand my objection when I’d been such a fan of Swatch watches, back in the day. In his mind, the two products were one and the same brand and, therefore, equally desirable.

I think nearly everyone has owned a Swatch at some point during their lives. They were good watches, perfect for the early 1980s – cheap chic, fun and mass produced. They attracted designers and artists like Keith Haring, Vivienne Westwood, even Christian Lacroix, who lined up with their design contributions. And with their throw-away price tags, the tradition of buying costly watches that lasted for years evaporated.

Swatch revolutionised time-wear, started a new genre and turned me into a collector of the watches. But it had bigger plans by the late 1980s, when it announced, to an enraptured European press, that it was going to do for small cars what it had done for Swiss watches. Mercedes liked the idea and the Smart car was born.

Love them or hate them, you can’t ignore them. Like their diminutive predecessors, they’re comparatively cheap, practical and available in an array of colours. But should two products as dissimilar as a car and a watch follow the same design cues or should they just share brand values?

Major car manufacturers have been taking design cues across a whole range of families for some time now. One BMW looks like any other in the current range. A great car, it now verges on being ugly, which, for me, is heart-breaking. The latest design seemed fitting for the authoritative 7 Series, but, on a 3 Series, it becomes reminiscent of an unfinished prototype.

To be fair to BMW, it would be difficult to claim that the family design characteristics of any big car brand had broken new ground lately. Even Alfa Romeo, with its design-conscious Italian consumers, hasn’t produced a ‘challenging’ car since the SZ.

In car design, individuality and originality are at opposite ends of the price spectrum/ bespoke, handmade super cars at one end and the Max Power generation of DIY buffs at the other. But look at exotic supercars like a Pagani Zonda, then meander through car culture customisation magazines like Redline or Max Power, and you’ll find the same design cues and styling influences. That’s because the building of these cars is led by design. At these extreme ends of the automotive world, there are no brands, just cars. Cars that venture unrestricted into design originality.

Swatch managed to maintain its design originality when it diversified. The design genesis is there for all to see, whether you wear it on your wrist or park it outside your house. But, like the watches in the 1980s, it’s hard to view the car as a serious contender in its category, because its brand association is holding it back. Car design today needs to be less of a branding exercise and more design-led.

When Swatch first marketed its watches, having a modified car meant flames painted around wheel arches. Today it means breaking away from manufacturers whose brand values take precedence over any original design. I still don’t want the Smart car on my drive, which is hardly surprising as I no longer wear the watches.