Four years after the London Olympics changed the face of the east London area around Stratford and Hackney Wick, West Ham United football club is preparing to take over the Olympic Stadium to use as its home arena.

The club has just unveiled the first images from Club London, the VIP space housed within the stadium, which was created by design consultancy 20.20. The members club is a series of restaurants, lounges and bars, each of which have been designed to evoke the club’s heritage and its East London roots.

Private dining club The Arnold Hills is named after West Ham’s founder and features deep claret upholstery, as well as brushed copper finishes that celebrates the craftsmanship of the Thames Ironworks Shipbuilding Company, where Hills was Managing Director.

Dark wood panelling in the club is decorated with a copper and silver-coloured map of West Ham’s path from Hermit Road, its first home stadium, to the Olympic Stadium. 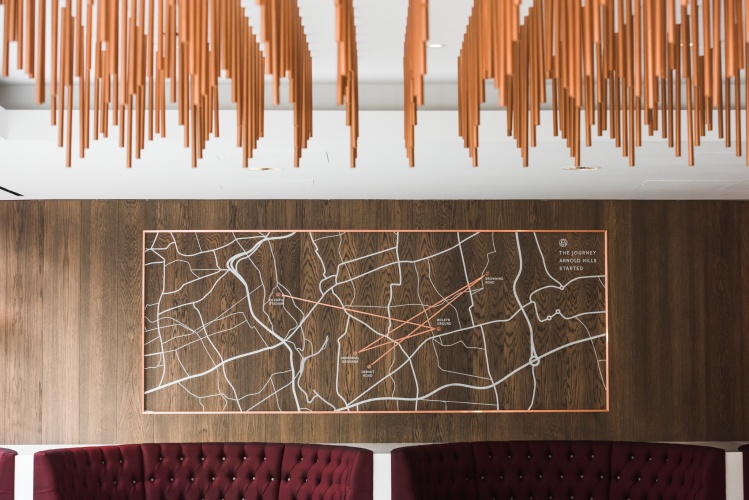 Jon Lee, creative director of 20.20, says that with the Club London design, 20.20 hoped to achieve something that fans could be proud of, as well as something unique that will stand the test of time.

“These spaces will interact with fans in a way that’s personal to them. We have created experiences that tell stories through design. There’s so much detail in these spaces, you discover something new on each visit,” he says. 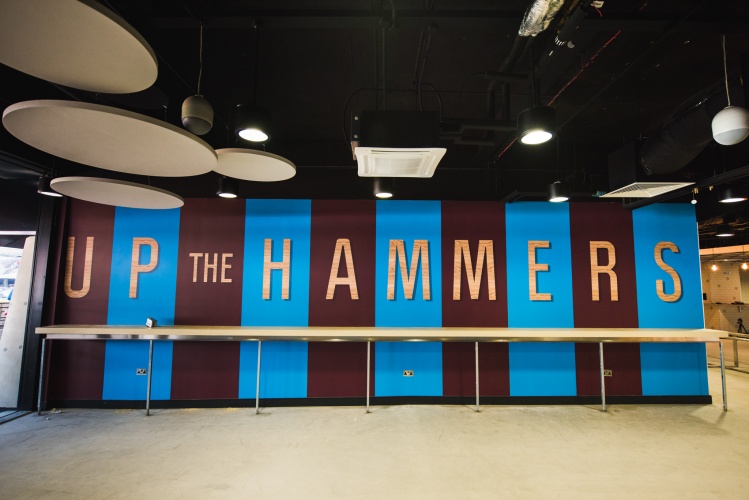 Throughout Club London, there are numerous designs that reference the Hammers’ roots.

Lee says: “We wanted to capture the spirit of West Ham right from the start, looking at the Thames Ironworks where they were formed. A lot of the spaces celebrate the success of 2012 with that of East London and WHU.” 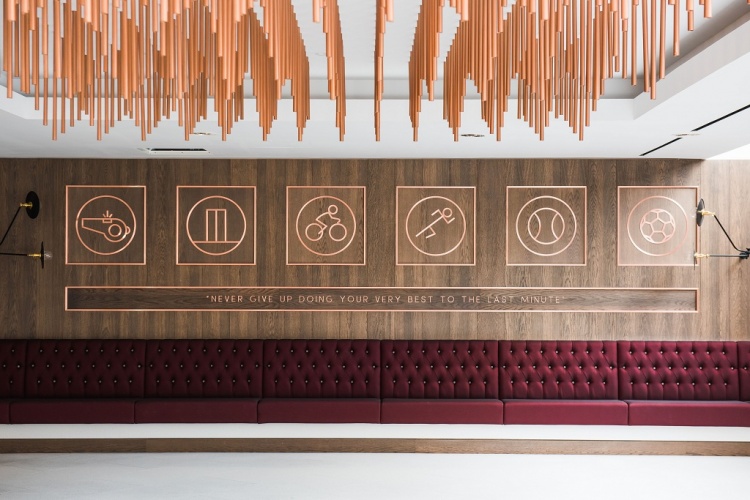 Indeed, it wasn’t just West Ham United that had to be taken into account, as the space will also be used by the UK Athletics. On July 22/23, the Stadium will host the London Anniversary Games. So as well as showcasing legendary Hammers like Vic Watson, who made 326 goals for the club, and Bobby Moore, Geoff Hurst and Martin Peters, of the 1966 World Cup-winning England team, parts of the space have been dedicated to celebrating the British Olympic champions of London 2012.

Lee says: “We had UK Athletics and Newham Council as well as West Ham United to consider. We were set the challenge of creating authentic spaces that merge the stories of East London, West Ham United, and the success of the 2012 Olympic Games.”

West Ham will move into the Stadium in two months, when the finished Club London will also include executive boxes and a “BM6 Lounge”. 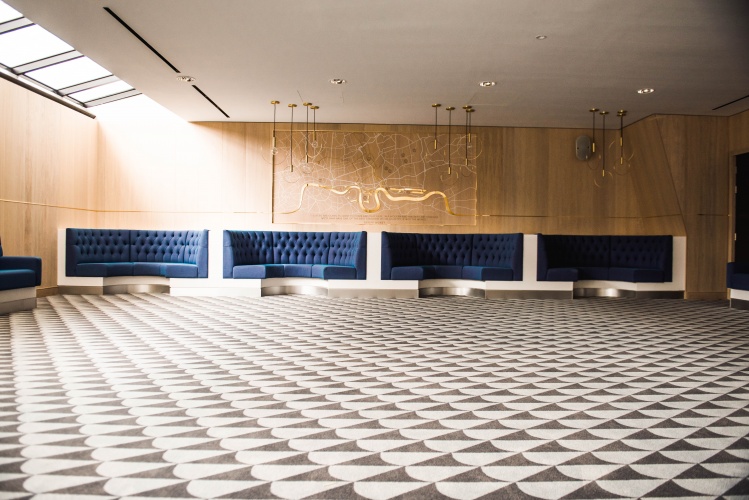 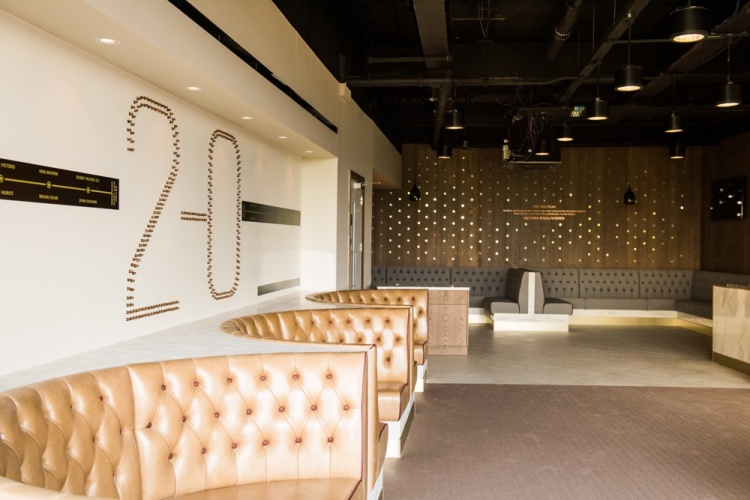 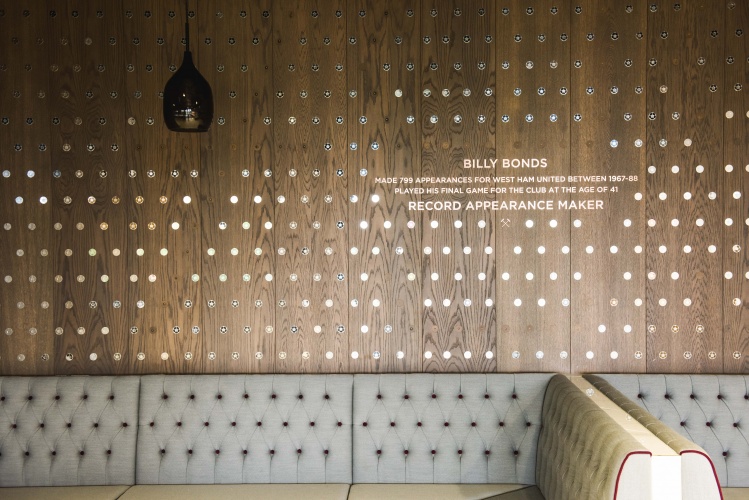 Greg Bunbury: “One project demonstrated how graphic design could be a tool for social change”