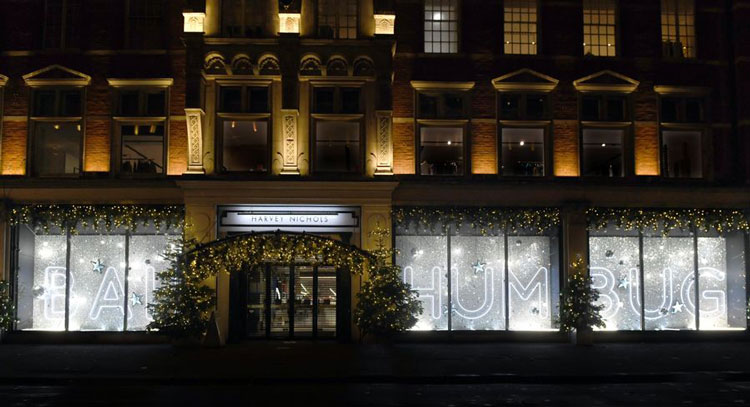 With a global pandemic still to contend with, the window display designers at Harvey Nichols say it’s okay to feel a little “Scrooge-y”. In fact, the store’s head of visual display Janet Wardley says the team is “reflecting the sentiment” felt by many right now by blasting “Bah Humbug” across its windows.

The neon sign sits across three sets of windows in the Knightsbridge store and is decorated with star motifs, twinkling mirror balls and lights. It’s all part of a more pared back colour scheme than usual, which focuses on “radiating bars of silver and platinum, combined with warm white lights,” according to Harvey Nichols.

The mix of grumpy words and dazzling visuals is aimed at raising a smile with passers-by, while another window – which simple states “Bring on 2021” – asks them to look to the future. 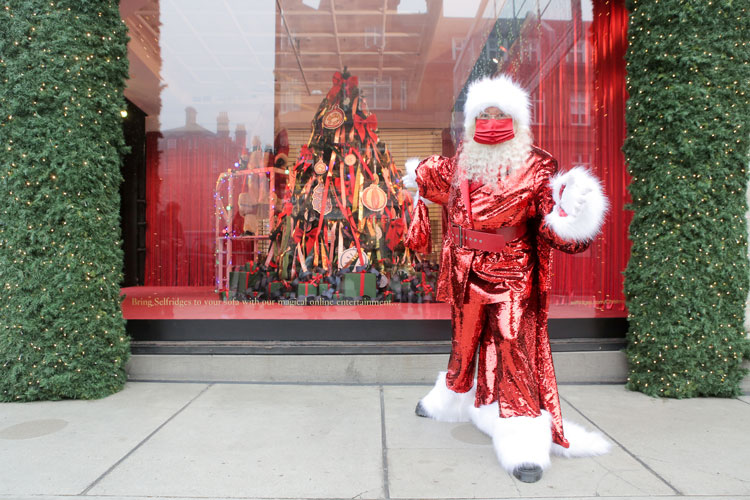 Selfridges is well-known for welcoming Christmas earlier than most. Last year, the department store decked the halls in October. In 2020, the lights went up in early November, just shy of 50 sleeps until the big day.

The Christmas window display for the Oxford Street flagship centres around its “Once Upon a Christmas” campaign, which aims to bring together “old traditions and new ideas” in the face of a festive season that is going to look and feel different to usual. It has been designed in house.

A cast of “iconic and unexpected” characters appear in the windows this year, but the highlight is surely Father Christmas decorating his own tree with the help of a red cherry picker adorned with fairy lights. He can be found in the store’s biggest (and “most festive”) window on the corner of Oxford Street and Orchard Street.

And following on from Selfridges year of sustainability pledges, the store says this year’s window displays have been designed with the environment in mind. Each window uses sustainable, recycled, upcycled and recyclable materials wherever possible, the team says. 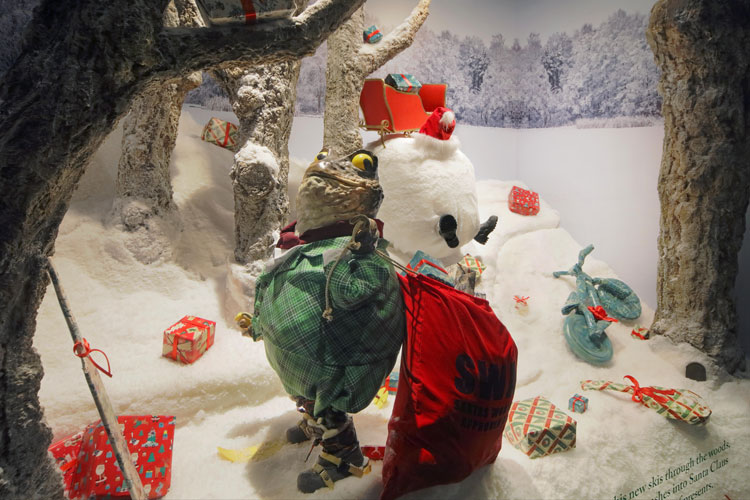 With the pandemic and ensuing lockdown effectively cancelling any big Christmas light switch-ons this year, the Newcastle branch of Fenwick decided to take things online. With the reveal video now approaching 900,000 views, it seems the team read the room properly.

The theme for this year’s Fenwick windows was “A Wind in the Willows Story”: a festively reimagined display of the popular children’s classic. Characters Mole, Rat, Badger and Toad all make an appearance, with the story beginning at Mole’s house. Cousin Winston arrives in a traditional Fenwick van to bring Christmas gifts. Along the way, the team help a Father Christmas in need of aid, by delivering toys using a Fenwick Express train.

Designed in house by the team, the display also features a look at the Fenwick Christmas window archive. 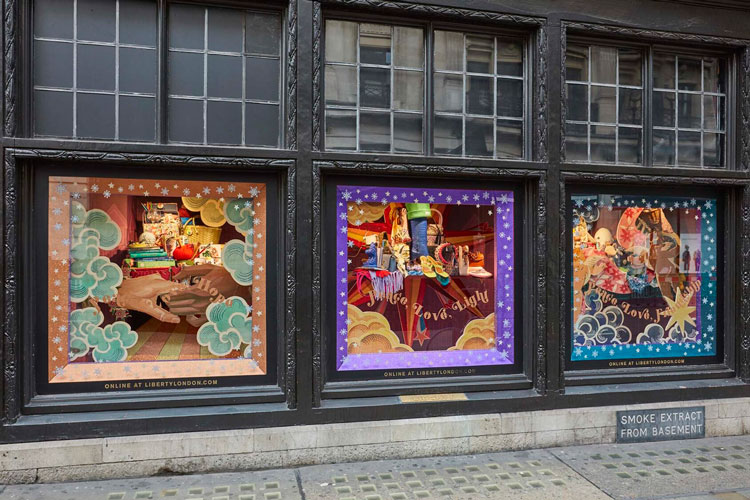 The window story centres around a series of hand-painted scarf designs which were created by Liberty’s design director during lockdown and the common themes of this year – freedom over isolation and solidarity, for example – are all represented. Doves fly across the scenes, while other windows feature hands holding each other.

Inside the Soho store, the studio has designed the look of this year’s Christmas atrium, which is says is “an abundance of shimmer and sparkle”. Handcrafted glittery fabric chains zigzag across the space. In total, 1040 loops were fashioned, totalling approximately 200 metres in length. 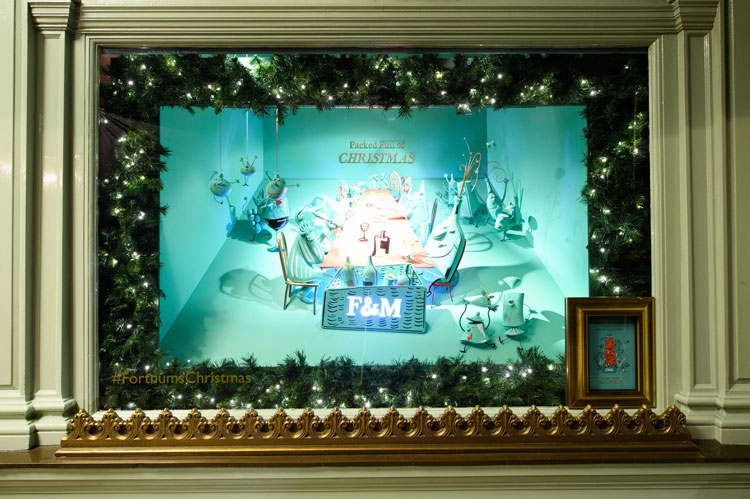 Pipping even Selfridges to the post this year, Fortnum & Mason unveiled its Christmas decorations on 30 October. This year’s offering has been done in house, with “eight iconic windows” making up the bulk of the display for the Piccadilly store.

Each window features a real-life depiction of that year’s F&M brochure cover. The elements of each showcase “hours of meticulous craftsmanship”, which includes hand sculpting, painting, lighting and bespoke engineering.

Zoom out a bit from the ground-floor windows and you’ll also notice the façade of the store itself has been decorated. Making use of its signature windows, the team has turned each one into a giant advent calendar door.

If you are in the market for some festive fantasy and magic, then Dublin’s Brown Thomas department store is a good bet. Like Fenwick, the unveiling of the decorations of the Grafton Street establishment was online owing to Ireland’s pandemic restrictions.

This year’s theme is “Dreaming Of” and the window displays follow the story of a little girl as she is transported to a make-believe land. Dreamlike scenes appear in the windows, from up in the clouds, to below the sea.

The accompanying video unveiling the displays to the world is soundtracked with an original song by musician Nell Mescal.