Coventry City Football Club (CCFC) has unveiled a new kit design which celebrates the city’s position as UK City of Culture for 2021.

Located in the West Midlands, Coventry will be the third city to hold the title since its establishment in 2013. The announcement that Coventry was to be the next to take up the mantle came in December 2017, during Hull’s tenure as City of Culture.

Back in July, Uncommon Creative Studio unveiled the branding for the year-long programme of cultural events, hailing it as a “Brutalist blue tribute” to the city. This branding has now been integrate into CCFC’s new kit design. 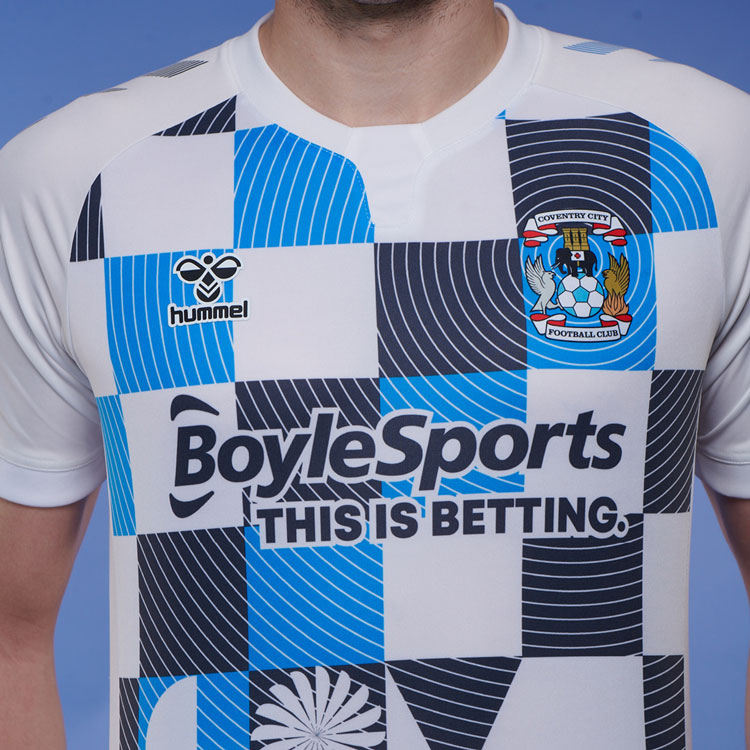 “Celebrate the people, cultures and histories”

Designer Robert Revell, who works as head of product at Elite Group (which forms part of CCFC’s kit design committee) was part of the team designing the new kit. He tells Design Week the process began back in September 2019.

Since this is the third kit of the 2020/21 season released by CCFC, he says the focus was on bringing something that was “directly related” to the town.

“With the City of Culture being offered up as an option, it was a very exciting opportunity to try and take inspiration from the City’s story and celebrate the people, cultures and histories that have contributed to its reputation,” Revell says. 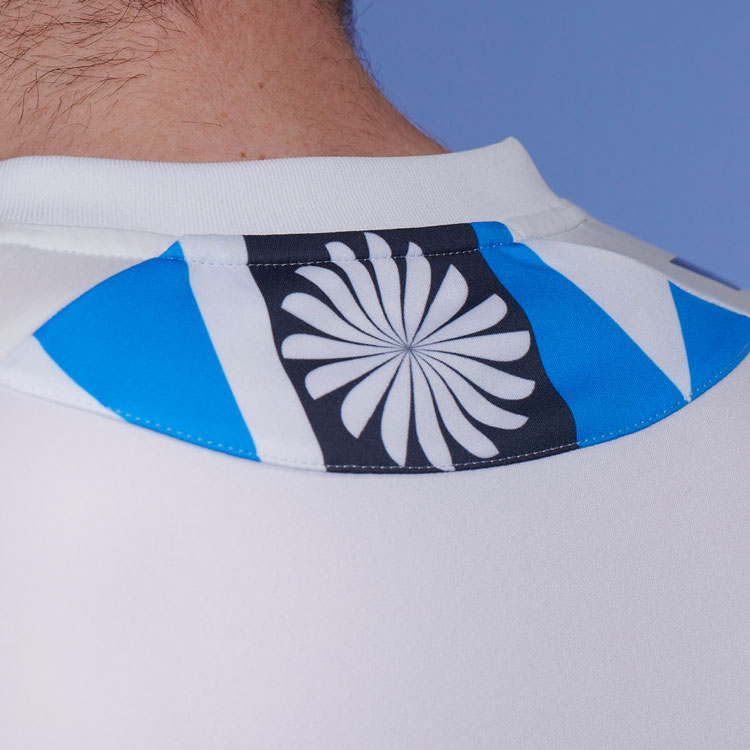 “The football club is the heartbeat of the city”

As with the branding by Uncommon, the CCFC kit features a number of elements which take cues from Coventry’s history and built environment. This representation is important to CCFC, Revell says.

“I think it’s the same with any team from around the world, the fans are always proud not only of their team but of their city, town or village,” he says.

Among the things that have garnered the city an “international reputation” are the jet engine, which is produced by Rolls-Royce in the area, the bicycle wheel and 5G, of which Coventry University has the UK’s “first standalone network”. All of these elements feature on the shirt.

The club explains that the 5G symbol emanates from the Coventry City crest to represent the fact “the football club is the heartbeat of the city and for many fans the club is central to many aspects of their lives”. Meanwhile a mechanical wheel – which is also a prominent graphic in the wider Uncommon-designed branding – also features. 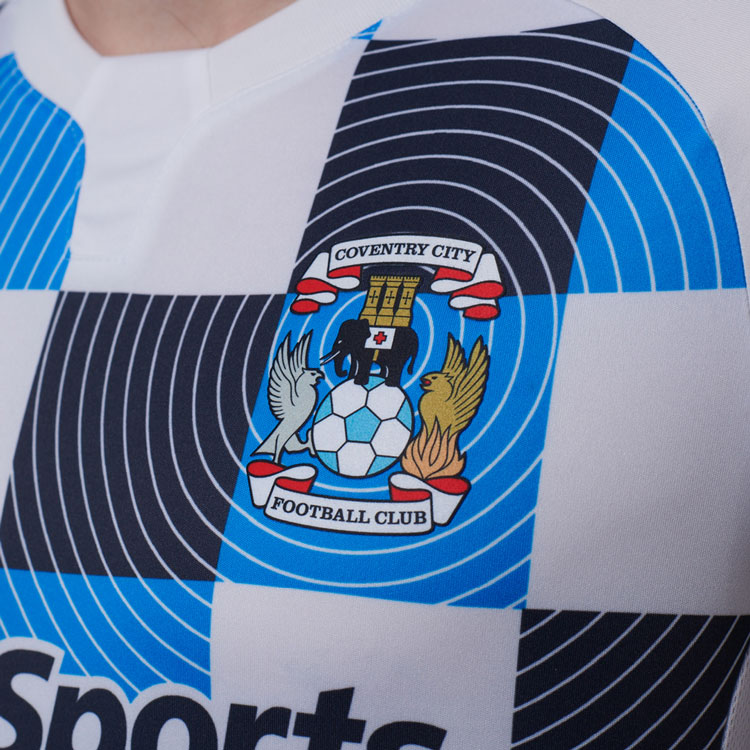 The colour palette references both the club and the city’s history. CCFC players are known as the “sky blues”, but as Uncommon founder Nils Leonard told Design Week back in July, the colour is also inextricably linked to the city’s textile industry.

Beyond the Coventry City of Culture branding on the front, CCFC chief executive Dave Boddy says some “extra touches” have been added to match up to the “unique” kinds of kits fans have come to expect from the club.

Coventry’s skyline is featured along the bottom of the back of the shirt. The silhouette shows the city’s famous three spires and Whittle Arch. The historical figure Lady Godiva – known for the legend in which she supposedly rode through the streets of the city naked – also makes an appearance.

Inside the neckline of the shirt, images of CCFC alumni are printed. All have been chosen for the “prominent roles” they’ve played in the club’s history, CCFC says. Revell adds that a decision was made to reference the team as well as the city.

“It was nice to be able to incorporate the City Legends imagery on the inner jersey,” he says. 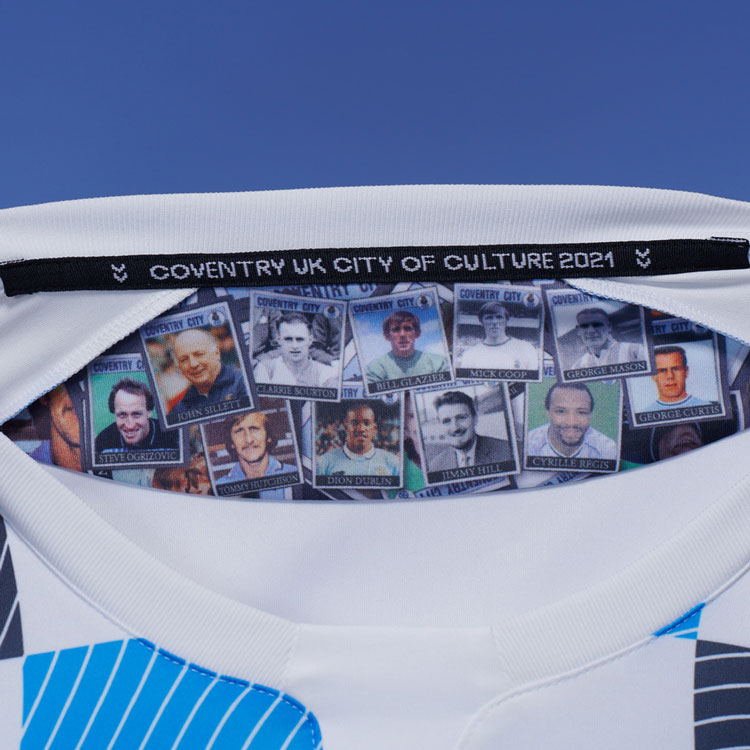 The kit itself is the latest in a partnership between Coventry City and sports apparel manufacturers Hummel. The club tells Design Week that the finished strip is the product of CCFC’s own kit committee and designers from Hummel and Elite Group.

The project has also seen input from the Coventry City of Culture Trust, with its director of operations and legacy Laura McMillan saying: “The Sky Blues play such an important part in Coventry’s identity so working with them on the 2020/21 third shirt has long been our ambition.”

Coventry is scheduled to begin its reign as the UK’s City of Culture in May 2021, with a year-long programme of cultural events both in person and online scheduled. 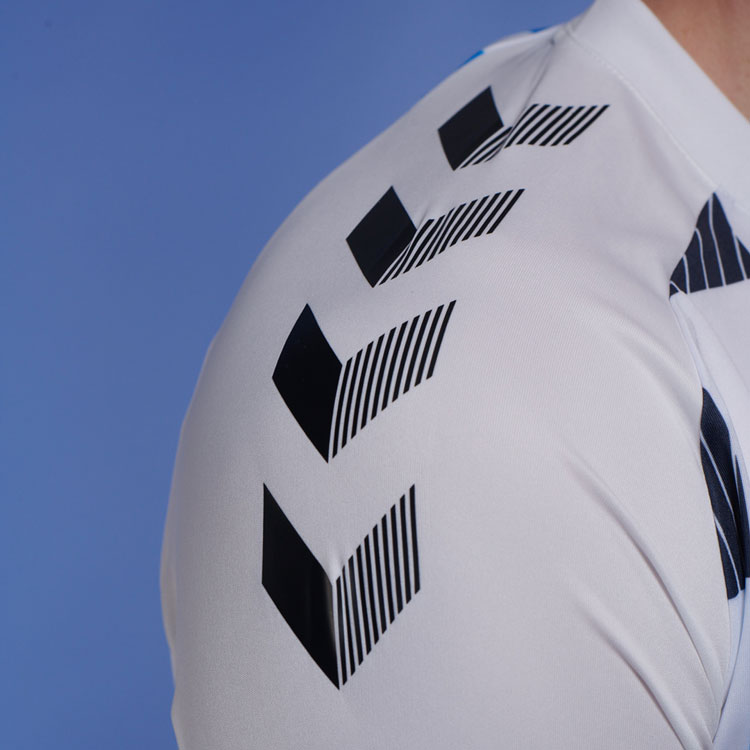 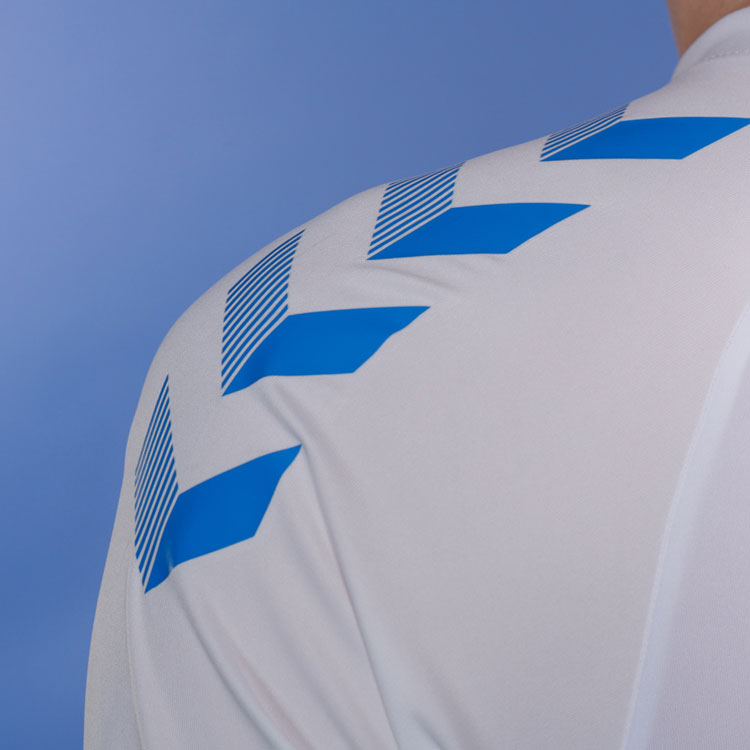 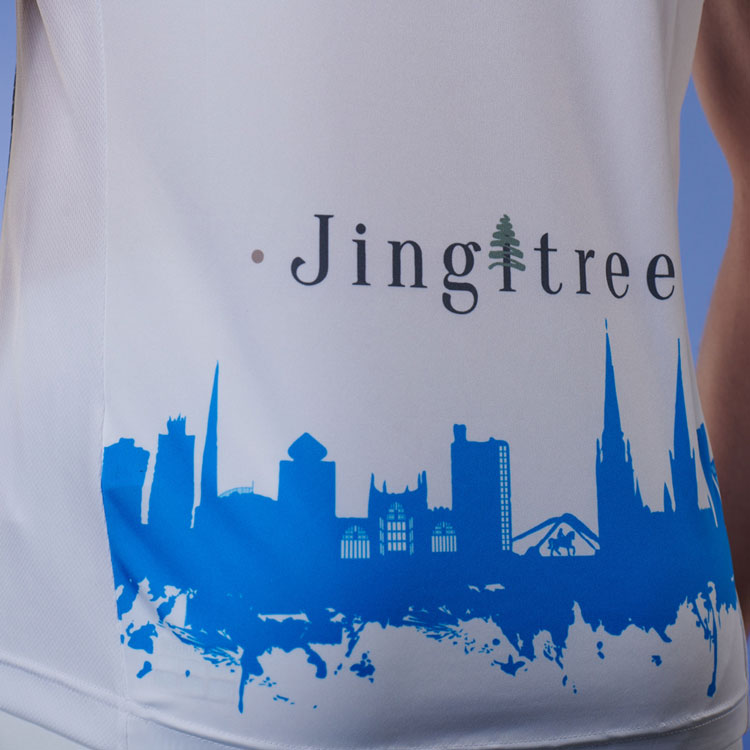