The Jerwood Charitable Foundation has launched a £30,000 competition, which invites artists and designers to create an installation within an English forest.

Jerwood has collaborated with the Forestry Commission England on the project, which will see an installation put up within England’s Public Forest Estate.

Supported by Arts Council England, this is the second edition of the Jerwood Open Forest competition, which last year saw a spherical sculpture installed in a forest in Surrey, and a sound installation created in a forest in Northumberland.

The Forestry Commission states that “there is no brief for the project” and asks for “bold, broad-thinking proposals”, which “explore the potential of forests as sites for art”.

It says the proposals can be in any medium, temporary or permanent, site-specific or for touring across several locations.

Five applicants will be selected from the entries and will receive a £2,000 research and development fee to develop their ideas over six months.

Within this time, they will take part in “development activities”, such as group workshops and advisory sessions.

There will then be an exhibition of the finalists’ work, looking at issues surrounding public art projects, at the Jerwood Space gallery, London in November 2016.

During the show, one winning artist will be chosen to receive a £30,000 commissioning budget to fully develop their proposal.

Jerwood Charitable Foundation was established in 1999 as a charity dedicated to funding for the arts. It is owned by umbrella group Jerwood Foundation, alongside Jerwood Gallery and Jerwood Space. 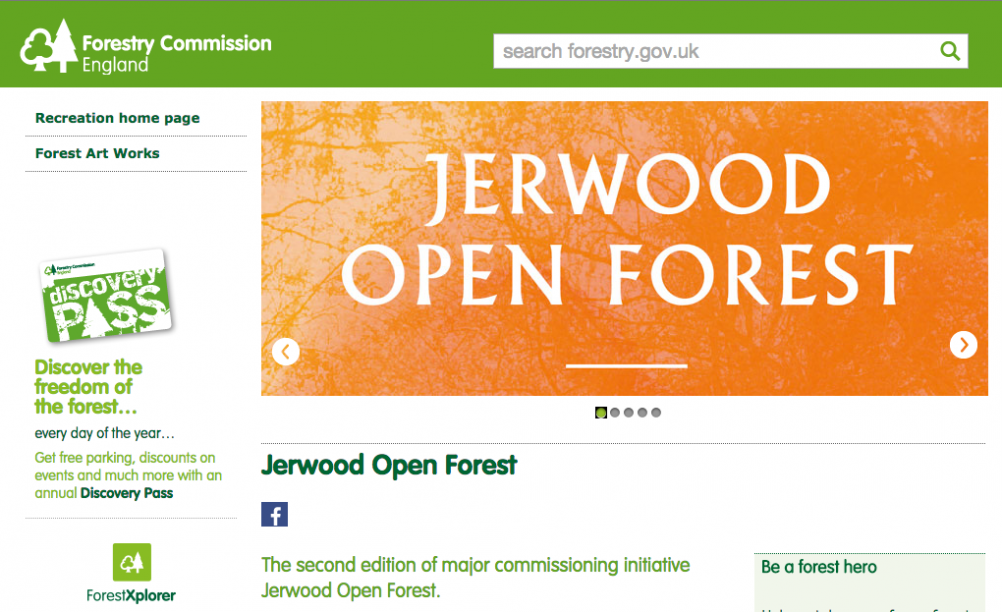 The closing date for entries is 1 February 2016. Submission is by online application and artists must be resident in the UK and within 15 years of graduating from their undergraduate degree, or starting out in their career.

Picks of the month: the best design events to catch in June

As the weather gets warmer and lockdown continues, it’s another month of digital events for the design community, from virtual V&A tours to pub sign crawls.