The National Theatre will open a new digital exhibition this week, which is set to be the biggest interactive installation the theatre has ever done.

Enter wonder.land is a free digital exhibition, which complements and has been inspired by wonder.land, the theatre’s new musical.

Based on Alice in Wonderland, musical wonder.land has been created by Damon Albarn, Moira Buffini and Rufus Norris. Using the novel as a basis, it aims to combine “virtual and real worlds”, turning the book’s concept of the “rabbit hole” into the internet, and character Alice into a secondary school girl.

The aim of the complementary exhibition, which features nine interactive installation pieces, is to enable viewers to “engage with the theatre set”, says Toby Coffey, head of digital at the National Theatre.

“There were two strands to our thinking,” he says. “The first is giving the audience an opportunity to engage with the set in a way that they normally wouldn’t, and the second is using these digital installations to bring them so much closer to the performance itself.”

The exhibition is a collaboration between several teams – the National Theatre’s digital team created the concept, while in-house designers Rae Smith and Tom Paris created the set design.

Consultancy Play Nicely developed the software for the majority of the digital installations. 59 Productions, which produced the projections and CGIs for the musical, created special effects. Mahdi Yahya, managing director at Room One worked as production partner on the first installation, a virtual reality experience. 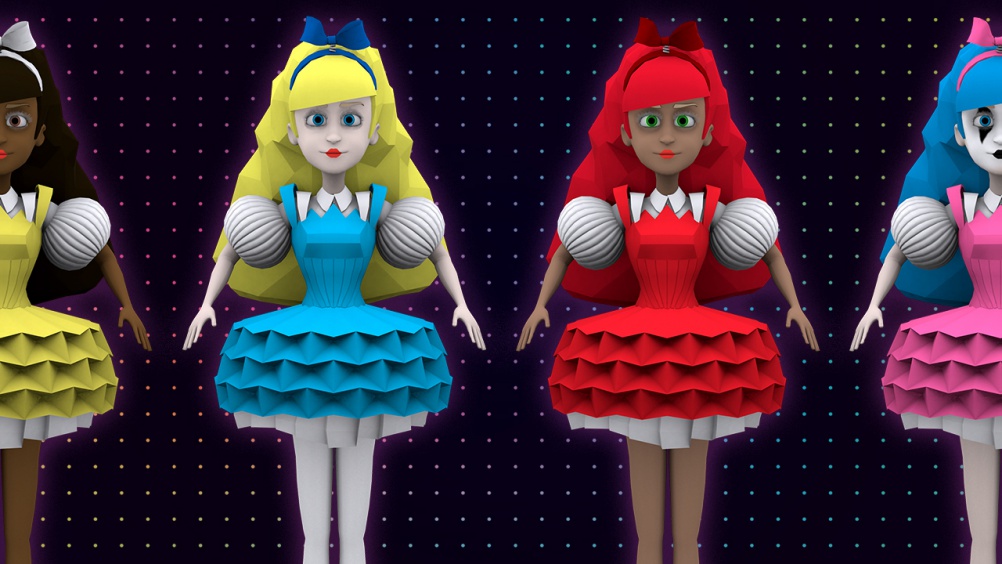 Installations within the exhibition include a virtual reality Oculus Rift experience that allows viewers to “fall down the rabbit hole” and see wonder.land; a Mad Hatter’s sound installation which uses Mogees technology to “turn any object into a musical instrument”; a face-tracking magic mirror wall; and a avatar builder where audiences can create their own avatars and share them via social media.

The National Theatre also hopes to collaborate with a 3D printing company, which would allow viewers to order a 3D model of their avatar.

“We wanted to use digital to put people in a place they’d never been to before,” says Coffey. “This will be many viewers’ first time using virtual reality. We’re trying to push the world to the stage, to those front of house spaces, and create strong connections with the show.”

The exhibition space, which can hold roughly 150 people, is within the Wolfson Gallery, the National Theatre.

“We wanted the exhibition to be in the National Theatre space, because we wanted it to be part of the experience of going to see the show,” says Coffey. “Then viewers get even more immersed in the show, and it enhances the experience even more.”

Wonder.land the musical is set to travel to Paris next year, and the interactive exhibition aims to follow suit. “We have talked about the exhibition being in a space outside of the theatre for this,” says Coffey. “We might look for a partner gallery to do this with.”