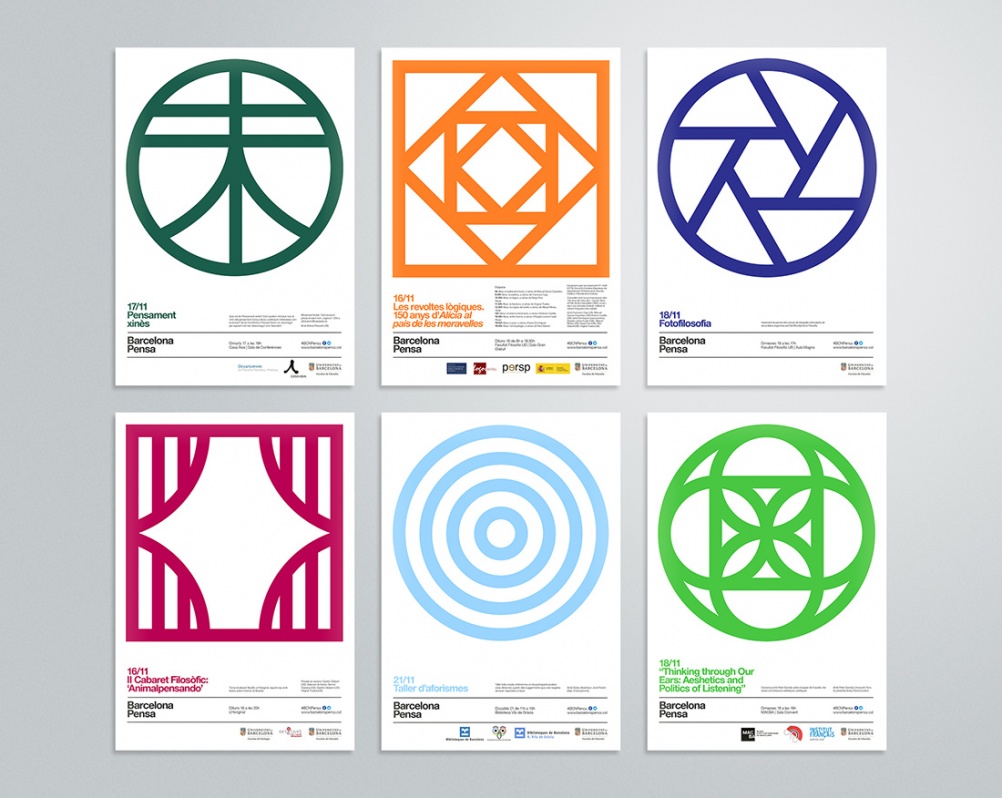 A philosophy festival in Barcelona has a new visual identity, which uses colourful, abstract icons to symbolise its different events.

Barcelona Pensa, which translates to Think Barcelona, is a six-day festival comprised of conferences, talks, workshops and cinema screenings based on topical issues looked at from a philosophical perspective.

Studio Carreras has completed the branding for Barcelona Pensa, and has designed 25 different pictogrammes to make up the main visual identity, with more icons designed for additional marketing materials and events.

The shape and colour of the icons are relevant to specific ideas or events, says Genís Carreras, founder at Studio Carreras.

“Simple symbols can be suggestive”

“In other work I’d done before, I found that abstract, simple symbols can be very suggestive and open to interpretation,” says Carreras. “It’s a good way of visualising these complex ways of thought – the simplicity clashes with the conventional language associated with philosophy and heavy thinking.”

He says that some of the symbols are quite literal, while others require more thought. “Some of the icons are more intuitive, but some are very abstract and ask a lot from the viewer in order to link the image back to the context,” he says. 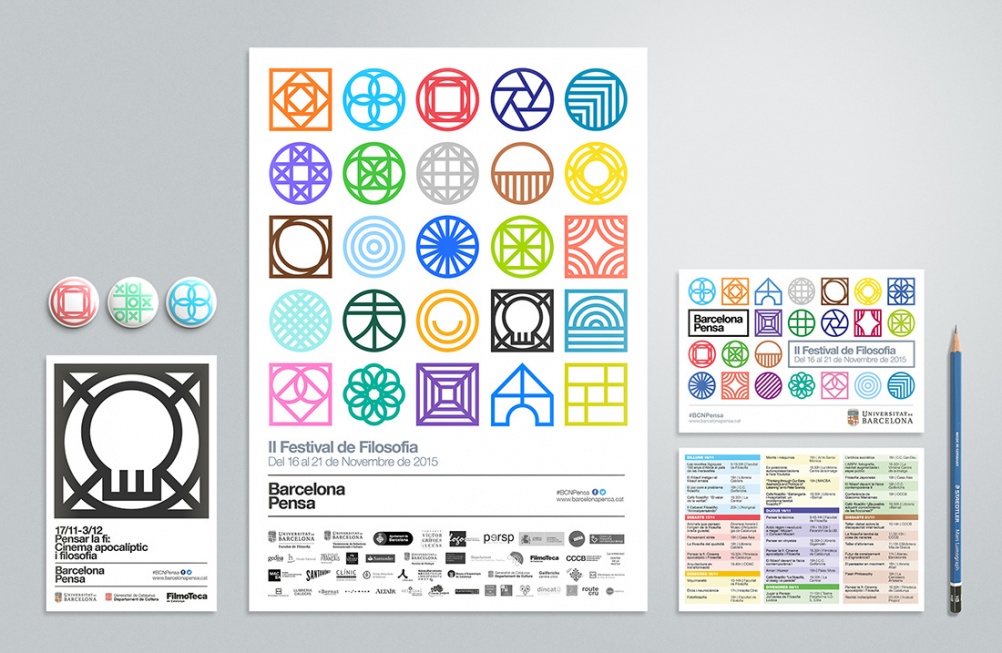 Literal symbols include a black skull (Row 4, Column 4) that has been used to illustrate a talk given on apocalyptic scenarios, and a pink heart (Row 5, Column 1), which also has “sexual connotations” says Carreras, used for a talk on Socrates’ beliefs in love and eroticism.

Abstract symbols include a pale blue icon of concentric circles (Row 3, Column 2), used to represent a workshop on aphorisms, or metaphors. This aimed to show ripples created when dropping something in water, and symbolise “the ripple effect”.

A green icon (Row 4, Column 2) is a Chinese symbol for a tree, and aims to represent wisdom. It was used for a talk on Chinese philosophy.

Others use colour as their main symbolic feature – a purple icon (Row 2, Column 1) is of a “bright, artificial” colour, used for a talk on augmented reality, says Carreras.

The execution of the branding was dependant on the icons’ grid system, says Carreras, which allowed him to place text in various ways around the images.

He adds that “very simple” typefaces Helvetica Bold and Neue were used to complement the icons.

The branding was applied to marketing collateral such as posters, flyers and postcards, online and for signage at the festival. 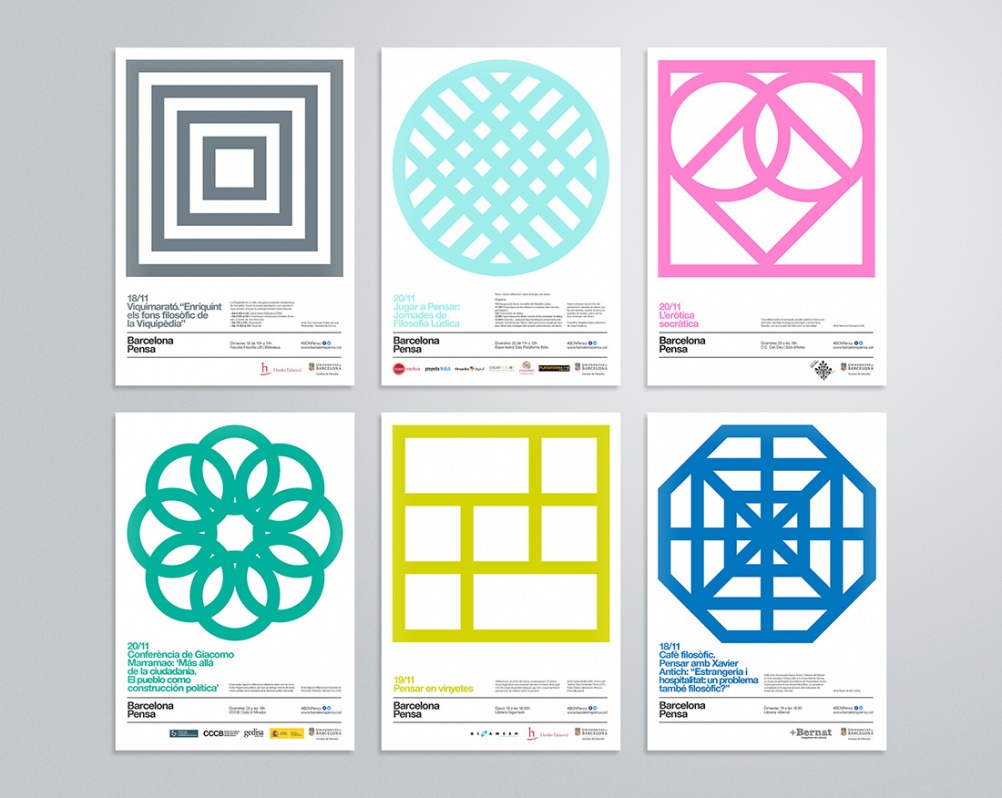 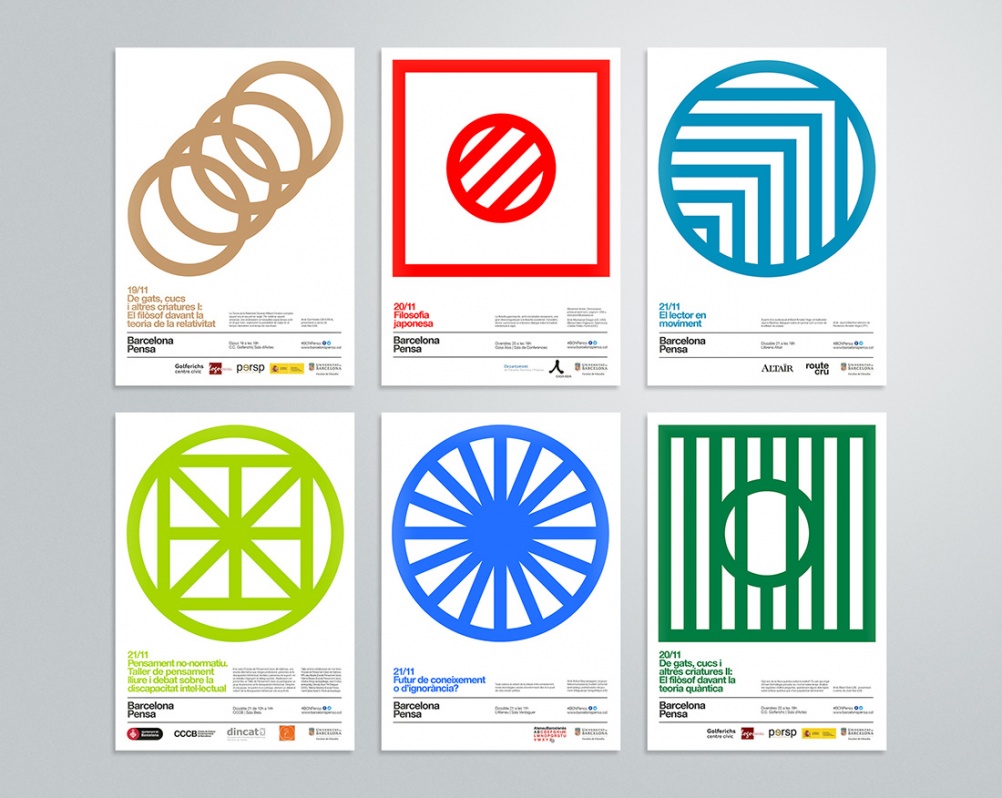 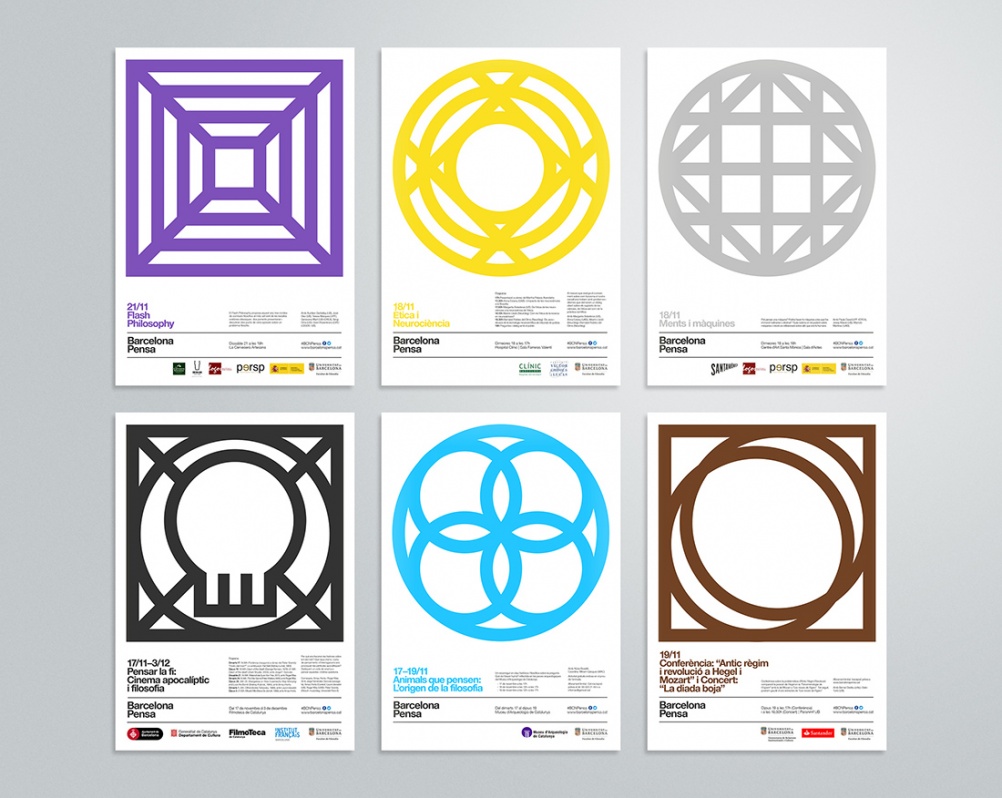 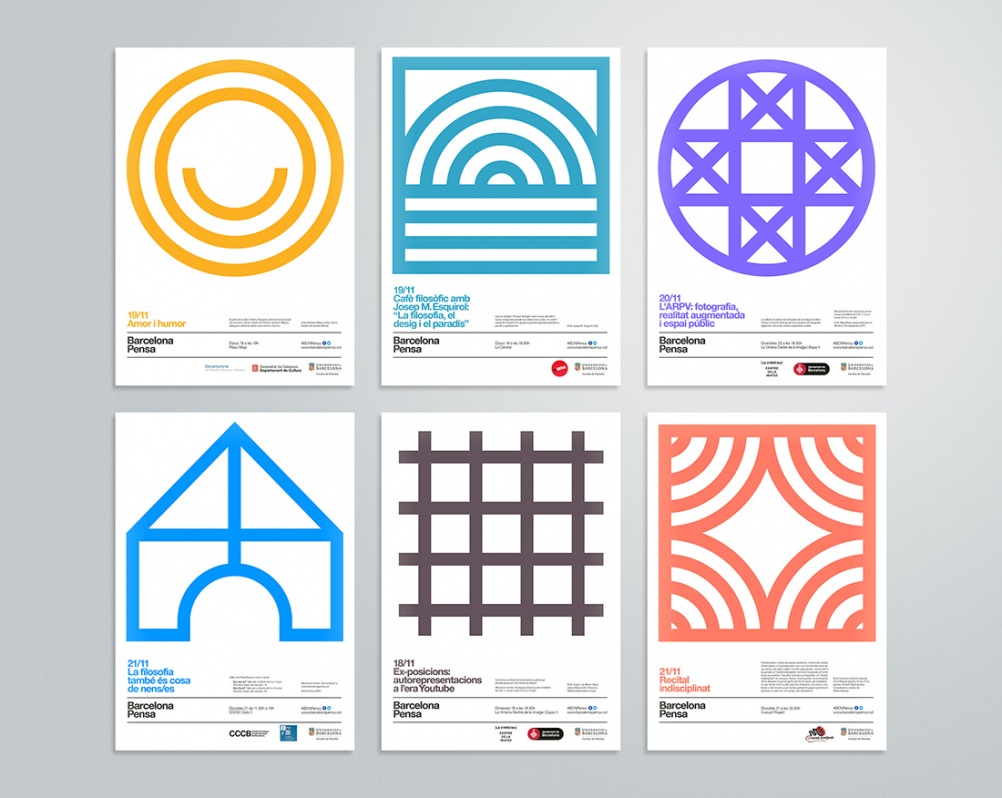