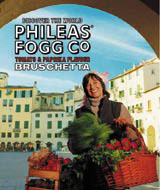 United Biscuits has ditched Williams Murray Hamm’s globetrotting gourmet-style repackaging of crisps brand Phileas Fogg after only 18 months for a ‘back to basics’ design by Ziggurat, amid suggestions that the former has failed to make an impression with consumers.

Industry sources suggest consumers ‘didn’t immediately recognise WMH’s Phileas Fogg design as a snack brand’ and marketers at United Biscuits felt the packs had been ‘pushed a bit too far’ in the creative stakes.

According to Ziggurat creative director Allison Miguel, rival brand Walker’s Sensations has ‘shaken up’ the premium snacking market and the Phileas Fogg logo needed to be more easily identifiable on pack.

Ziggurat’s work, which goes on shelf mid-November, is about ‘bringing Phileas Fogg home, rather than going places’, she says.

By contrast, the WHM concept – derived, in part, with input from chefs at upmarket restaurants including Moro and The Sugar Club – portrayed Phileas Fogg staff in various locations around the world (DW 11 April 2002).

‘There’s been a change of direction with the brand,’ adds Miguel. ‘It’s more about the inspiration of those places [depicted by WMH] and being quirkier with the brand. The whole idea of travel in this sector is more everyday than when Phileas Fogg relaunched.’

Ziggurat arrows in on the brand’s ‘Medomsley Road, Consett’ heritage and globe identity much more directly, she says, reflecting the fact it ‘doesn’t want to take itself too seriously’.

WMH was not prepared to comment on the reasons for the revamp.

Spice up your tax life by working off your partner