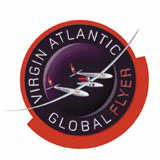 Richard Branson’s latest aviation stunt – Virgin Atlantic Global Flyer, an aircraft that aims to circumnavigate the globe non-stop – has turned to Start Design and Conchango for its branding and website design respectively.

Start has created a logo, aircraft livery and launch video featuring 3D animation, all of which were unveiled last Thursday. The marque features the aircraft in a badge-style design that will be applied widely to promote next year’s stunt.

The design is ‘reminiscent of traditional airline logos’, says Start creative director Martin Muir. ‘We wanted to give the marque a futuristic feel, to reflect the aircraft’s technically advanced nature,’ he says.

Conchango has designed the first in a series of phased websites, www.virginatlanticglobalflyer.com, to support the launch. A second site will go live in late December when the plane itself is scheduled to be unveiled.

According to Conchango head of media Paul Dawson, who is leading the work, the second site will be ‘more feature-rich’.

A final site will follow the flight attempt with regular live reports, video diaries and logs from the pilots.

The group undertook the work for free. Start refuses to comment on a fee for its work.

The single-engine aircraft, billed by Virgin as ‘the world’s most efficient jet plane’, will take off on its mission in mid-2004. It will be flown by lead pilot Steve Fossett with Branson as reserve pilot.