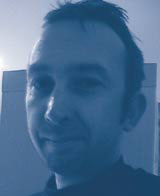 Bus lanes are to street scape design what the sledgehammer is to nut-cracking – a heavy-handed tyranny of a tool. But if you complain about it, fans of buses react with that irritating half smile and side-to-side head shake used by parents when presented with the daft logic of a child defending their bad behaviour – as in: ‘…But dad, it wasn’t my fault that I shot her because she got in the way of the arrow which I was aiming at Arthur anyway and it didn’t really hurt because its blunt – [child pokes himself with the arrow] – see?’.

Is it just me or has no one else ever questioned the fairness of taking 50 per cent of the highway, for which all road users pay equally, and making it exclusive to either those who can’t afford or don’t want a car and so use buses or, alternatively, those who use a taxi. This small, but polarised user group ends up with half the roads to themselves because two lanes of traffic have been squeezed into one, with all the attendant problems for car drivers of having to get across the bus lane to turn left without either being fined by overzealous patrols or scooped up under the front of the bloody bus as it howls past on the inside of the lane of traffic which its cousin has just brought to a standstill further up the road by turning right.

Only a week ago the London Evening Standard reported findings on pollution that highlighted the worst streets in London. Our studio is on or near two of the top six hotspots – the Kings Road in Chelsea and King Street in Hammersmith. So, as well as a bit of a cough, I have close-hand experience of two troubled roads and have witnessed what has happened to King Street since the damnable bus lane was introduced. It’s un-passable except by foot during rush hour.

The lanes apart, what possessed anyone to actually buy those ridiculous leviathans that crunch their way round residential London? The Routemaster may be old and out of date – but let’s be honest, anyone who grew up in London hops on and off them at their own convenience. This seems to be completely out of step with the 21st century way of standing up a mere 50m from where you want to get off and having to suffer the company of your fellow passengers a few minutes longer before you are allowed to disembark. Who hasn’t knocked on the sealed door of one to be let on and been ignored with studied indifference by the driver?

I digress. From a design perspective, surely it is just about getting the solution right in the first place? It gives me no pleasure at all to hold up the Routemaster, with its simple open platform coupled with its catwalk-like slimness, as a better design than the modern equivalent. Why haven’t designers improved on what is already out there? Why do we drive up Kensington Park Road or countless other streets in London and, I’m sure, many other cities and not come across slim, manoeuvrable vehicles that deal with the reality of modern city streets?

We know that commuter traffic will ebb and flow, with peak loading times and relatively quiet times in between, but so far see no response to this theme. I saw trains in Japan years ago that offered flexible, fold-down seating that could make way for standing-room in the rush hour, then used during quieter times, when profiling showed older people, who benefit more from seats, would be travelling.

The design industry is at the heart of the evolution of technology and the advances in many areas over the past 20 years have been a delight to behold. In the automotive world, 20 years ago you could get a sports car, a saloon car or an estate. Nowadays, the showrooms are littered with MPVs, mini MPV off-roaders, soft-roaders and even little Smart cars: there is a car to suit every taste. It is not without irony that I notice that the signage on the M4 alongside the bus lane – informing motorcyclists that they can use the infernal thing – features a silhouette of what appears to be a 1950s BSA with ‘wind-cheater’ fairing and rider sporting an open, peaked helmet – charming it is, but 21st century?

Finally, to add a note of utter madness to what is on offer from the Daft Modern Bus Company, there are articulated vehicles as long as a street struggling round London’s Shepherd’s Bush Green these days which, when seen side by side look remarkably like DNA – they’re well worth watching if they haven’t caught fire.