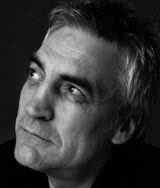 A major coup for the British design group, in light of Gap’s retail heritage, the appointment was finalised by Gap’s US headquarters this summer.

The project is the first major undertaking for David Chaloner (pictured right) since he returned to C&P as interior and retail design director earlier this year, with plans to develop the group’s retail design business (DW 3 June).

‘It is interesting that Gap chose us over all the other retail design consultancies,’ says Chaloner. ‘It shows that we’re now in there with the great and good.’

Chaloner worked closely with an in-house team at Gap, alongside C&P managing director Richard Doone and Sir Terence Conran. Though details are scant at this stage, Chaloner confirms that the project is a separate initiative to Gap’s plans for a women’s retail apparel concept, announced by the retailer two weeks ago.

Earlier this month Gap appointed Gary Muto – previously brand president at the company – to lead the development of an apparel concept targeting women over the age of 35. A spokeswoman for Gap says that a design consultancy has not yet been appointed to work on the concept’s retail environments, which will be tested in the second half of next year in ten stores across the US.

Gap’s San Francisco office was unable to comment on the C&P project as Design Week went to press.

Do design events need each other to succeed?