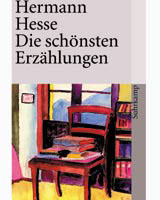 The first Taschenbuch edition appeared in 1971, a version of Beckett’s Waiting for Godot in three languages. Over the following nine years, this design system remained untouched.

But when Fleckhaus moved to Italy in 1980, his strong design template soon started to get watered down, explains Winfried HÃ¶rning, head of Suhrkamp’s paperback department. The brown, orange and violet – typical 1970s colours – disappeared first. Then, reproductions of paintings appeared on book covers, and typography and colours were suddenly less important. Taschenbuch covers started being decorated with big photos, film stills or illustrations. Point-of-sale ruled, and Fleckhaus’s strict design system faded away; even the typeface Sabon, formerly used just for the inside of the books, started appearing on covers.

All of this was reason enough for a new start, says Zegarzewski. A design competition was held last year between four book designers to redesign the Taschenbuch imprint, won by Hermann Michels, a former Fleckhaus student, and his partner Regina GÃ¶llner.

First, the pair introduced fonts in contrasting warm or cold colours. A vertical stripe runs up the right side of the cover, complete with the name Suhrkamp. Large photos of the writers, photographs and illustrations complete the picture. The literary titles use the typeface Minion, and non-fiction, Meta.

The redesign comes as Taschenbuch celebrates its 33rd anniversary, so fittingly, the 33 best-selling titles have received the first new covers. But the critics have come out: other publishers use a coloured stripe on their covers too, they say. And the stripe belongs on the other side where the binding has more space. On the right, it makes the book look smaller, they moan.

The influential newspaper Frankfurter Allgemeine Zeitung published the most stinging critique, on 19 September. ‘Overnight, Suhrkamp books look like everything else,’ it wrote. ‘Like Audi price lists, bad classical CDs or porcelain vase catalogues.’

But the German publishing scene is changing. Marketing managers, not editors, rule. The new covers emanating from Frankfurt’s Lindenstrasse look a bit old-fashioned. They’re respectable, but melancholy – mirroring the German zeitgeist in 2004 perfectly.