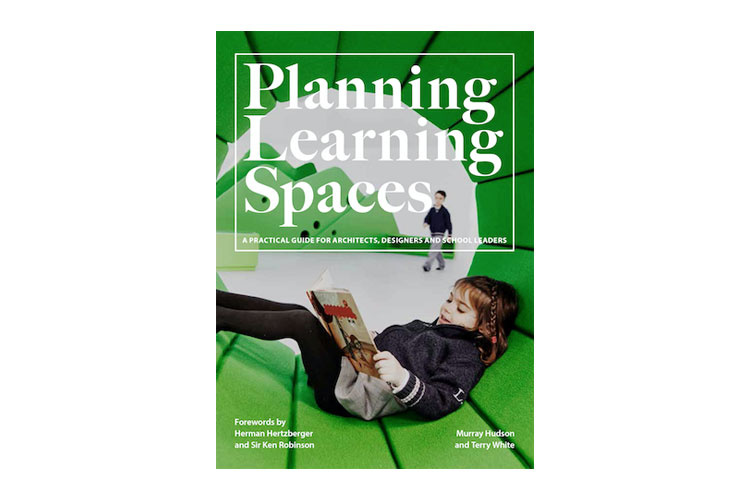 From play to leaning; this new book styles itself as a practical guide for architects, designers and school leaders. Murray Hudson and Terry White have collected insight from leading figures in education and school design in the hopes of “inspiring the design of more intelligent learning spaces”. The book will question common assumptions about school and how children should be educated. How should libraries be built in an internet age? Do classrooms really have to be square? There is a comprehensive cover of design details, from acoustics to inclusive environments, as well as designing for community use and engagement.

When: The book is published by Laurence King on 21 October 2019.

Playing is one of the most human instincts, whether it’s building blocks at nursery or video games in a teenager’s bedroom. The Wellcome Collection is now paying the pastime its due with an in-depth exploration. The exhibition’s scope is wide, from playgrounds to refugee camps and will features a series of photographs, art, and videos encouraging adults and kids alike to think about the subject, which many might dismiss. It will also aim to show how play affects wellbeing, how our concept of play has changed over time, and highlight the importance of play’s status in society. There will also be a newly commissioned play space from artist Adam James.

Talk: How robots are shaping the world we live in

When most of us think about robots, we might have cliché ideas of how they shape our world. In the lead-up to their exhibition about AI and design, Hello Robot, V&A Dundee is running a panel which discusses this issue in an attempt to “challenge our assumptions and prejudices about robots”. Speakers include Scottish artist Graeme Gerard Halliday (known as Hallidonto) and Kadine James (a 3D designer at Hobs Studio) and Ana Matronic, author of Robot Takeover: 100 Iconic Robots of Myth, Popular Culture and Real Life and Scissor Sisters fame.

More than 30 years old, Decorex brings together interior designers, architects and property developers for a four day show in London. This year, augmented reality (AR) technology will be brought to the forefront at its installation, Design Encounter. It aims to “bring interiors to life using storytelling and AR”: visitors will pass through a series of interconnected rooms, planned by six designers, and can identify items that they like. At the end of this journey, visitors will be presented with a bespoke personality profile. There will also be a social element, as people can then share this profile on Instagram. John Allsop, the director of John Allsopp Studio which helped to design the exhibition, says that the installation “opens up possibilities for fusing bricks and mortar environments with digital tools for discovery, cataloguing, interactive communities and e-commerce.” 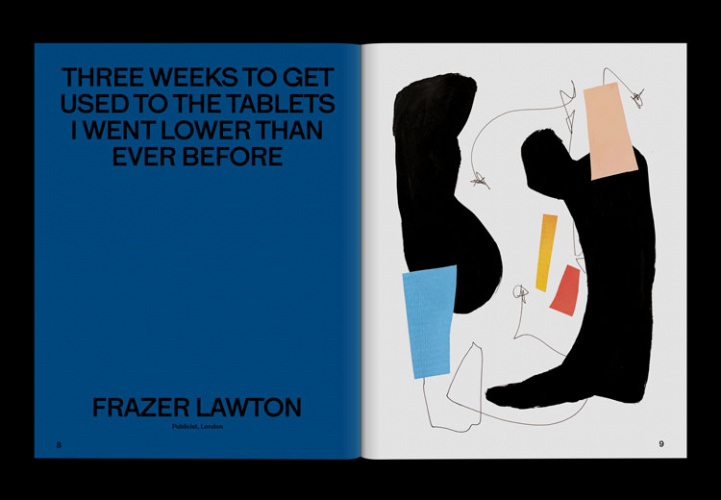 If you had to picture what a men’s magazine would look like, it probably wouldn’t look like Disquiet. Launching in October, the “collaborative project” is spearheaded by Sam Judge Studio and explores male perspectives on mental health. Suicide, the magazine reminds us, is the leading cause of death for men under 50 in the UK. The featured stories cover an entire spectrum of men’s issues: masculinity, identity, sexuality, relationships, work, desires, drug use and how mental illness shapes men’s lives. It includes art from Sam Judge, photography from Michael Tom Walker and contributions from Kevin Braddock, author of Everything Begins with Asking for Help. While there are no plans for a regular magazine, Judge says that there may be more issues to come in the future.

A Vixen’s Tale: London-based studio Arcade has designed a mixed physical and digital experience at the Welsh National Opera, inspired by The Cunning Little Vixen, which opens at the opera this month. The installation opens 5 October, check the website for opening times.

Families: The Big Draw: For October half term, the National Portrait Gallery is holding family-based art and design classes, from making your own dominoes to 3D portraits. For dates and times, check the website.