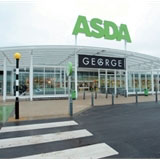 Asda has brought in Williams Murray Hamm as part of the supermarket’s review of its own-label packaging, which is thought to include its organic range. Roster groups, including The Core, Elmwood and FLB, are also working on projects, as the supermarket updates packaging across its entire 20 000-strong range of own-brand products. The move is part of the company’s bid to drive down waste and reduce weight and volume of packaging by 10 per cent over the next 18 months.

Along with structural changes and a focus on reducing the variety of materials used, graphics will also be updated. According to an Asda spokesman, the ‘look and feel of own-brand products will begin to take their cues from big brands again’.

‘For the past few years, our own-label range has been very segmented and strict in look and feel,’ he says. ‘There’s a recognition that, perhaps, it was too Asda, too green compared to the vibrancy and bold colours of other brands, so the shackles are off a little bit [in terms of design aesthetics].’

But structural considerations, in particular the size of packaging and materials used, are the primary concern, the spokesman adds. Early examples of the changes that will be implemented include a range of ready meals, where the cardboard sleeve has been removed and branding and nutritional information is printed directly on the food container. The thickness of plastic used in salad bags has been reduced by 15 per cent and 6000m2 of cardboard has been saved by reducing Christmas tree packaging by 10 per cent.

Asda is currently number two in the UK market, though some analysts believe Sainsbury’s could overtake it this year. The supermarket is owned by US giant Wal-Mart, which reported its first profit fall in a decade, earlier this month. Asda’s profitability was disappointing, the company said, because of competition from Tesco and other rivals. The company has already embarked on an aggressive expansion strategy and reviewed its store design roster earlier this year (DW 2 March).

Reducing packaging is the latest in a line of environmentally friendly initiatives introduced by supermarkets across Britain, though some commentators remain unconvinced as to their long-term effectiveness.

• Aims to open a minimum of 25 stores this year

• Along with a packaging review, has pledged to stop sending waste from its food stores to landfill sites by 2010