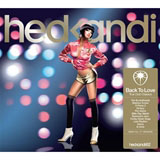 Clubbing and music brand Hed Kandi has revamped its identity, brand image and brand strategy, with a new look due to launch in mid-September.

The brand, which was acquired by the Ministry of Sound in January, appointed Michael Wolff as a brand consultant and worked with type designer Gerry Barney of Sedley Place to create a new typeface that will feature on all future releases.

Zip Design art director Peter Chadwick will continue to oversee the design work, but Hed Kandi general manager Dan Baxter says the company is also in the process of appointing a roster of designers that will ‘interpret and develop the creative values of the brand’.

The rebrand was prompted by increasing competition in the sector, adds Baxter.

‘The original art style served us extremely well for seven years and has become synonymous with the brand. But we need to evolve to remain innovative and it will also make [the style] much harder to copy, which [has been] a problem,’ he says.

The new visual direction launches on a Back to Love compilation that will be released on 11 September. It features a ‘magazine-style masthead’ that will be consistent across all releases and a cover image, which will vary each time, but in this instance is by London-based French illustrator ArnO.

As part of the rebrand, the company is making its first move into toiletries and beauty products. Unreal has been appointed by The Core Business, which will manufacture the products under license, to create packaging for both Ministry of Sound and Hed Kandi.

The ranges will launch in April next year and Unreal will also design point-of-sale and merchandising material.

‘The relationship between music-based lifestyle and cosmetics is an untapped market and the collision between the two is really interesting. We’ll definitely be trying to bring the music connections in, perhaps through tone of voice,’ says Unreal creative director Brian Eagle.