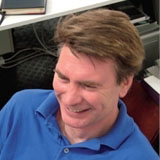 Graphic designers need to put down their mice and rediscover the specialist craft skills that used to awe their clients, says Howard Milton

For those who experienced the golden everyone-loves-design days of the 1980s, the current state of the industry makes depressing viewing. Gone is the time when clients were simply wowed by the sheer creativity of the designs paraded in front of them.

Today, the process of producing work is held back until every strain of pseudo-scientific strategy has shaped, targeted, researched, informed and neutered the solution. Add to this the legion of Apple computers cranking out instant typography and slick Getty Photoshop-ed imagery and it’s not surprising that graphic design is in the doldrums.

Apple has a lot to answer for. It was, of course, a necessary leap forward – something had to rescue designers of the early 1990s from the bizarre contortions required to achieve a simple piece of type in colour. Indeed, it seems almost laughable that designers had to photocopy type, cut up each letter, paste words together and then send off a positive sheet for translation into ‘rub downs’ – a process that had evolved from more primitive techniques.

Yet something crucial has been lost. The journey from blank sheet to designed solution is a very different thing when each step is undertaken by hand. Learning the language of typography, working with metal type, led to a level of craftsmanship that cannot be replicated. If mistakes were to be avoided, decision-making had to be rigorous. A little thought at the beginning could save a lot of heartache later. This was evident in the results. Student work was instantly distinguishable from that of an experienced designer. We developed our eye, our touch and our sensitivity over time.

Today, anyone can do it. Mac skills are acquired in the same way that you learn to type or drive a car. A powerful tool in the right hands, the Mac has nevertheless become a mask for the average to hide behind. The work it churns out is often flat, dead and impersonal. The machine has killed the craft it sought to replicate.

But does it really matter? And could a revival of traditional crafts ever make commercial sense? Ask the Disney Corporation. The most refreshing news to hit the creative headlines of late is Disney’s announcement that it is turning away from the hyper-real Pixar world and searching for illustrators to transform its animation back to its magical best. Disney has realised that the very thing that made it so endearing – the quality of the human hand – has been lost.

Meanwhile, the Japanese – who have built an entire economy on the microchip – remain faithful to handcrafted animation. Studio Ghibli follows the traditional Disney model and its films are richer for it.

There is a lesson here. I am not advocating a mass turning back of the clocks, but we overlook the core craft skills at our commercial peril. Clients once regarded a piece of well-crafted design with a sense of wonder; it had a mystique that lent it immeasurable value. Now that design has reduced itself to a grimly audited process of ‘adding value’, its own value has been driven down.

I’m reminded of a story about Giotto, the 14th century Italian artist and architect. Requested by Pope Benedict XI to justify his selection for a commission, he was asked to submit some sketches for approval. He dipped his brush in a tin of red paint and, in one deft stroke, drew out a geometrically perfect circle. He won the pitch. You only hope he still would today.