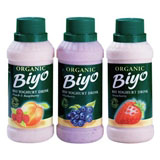 Sales of organic foods are booming, but packaging now has to be just as eco-friendly as the products to attract consumers, says Trish Lorenz

Less than five years ago organic products were largely the domain of the health food brigade – associated with beards, sandals and, thanks to their price, they were the preserve of the upper middle classes. But in the last few years there’s been a dramatic turnaround. In part due to food industry scares (from BSE to growing concern about genetically modified crops) and in part down to television programmes such as Jamie’s School Dinners and the formidable Gillian McKeith’s drive to improve our diets, organic products have become mainstream purchases.

Today, sales figures for the category are stratospheric. In the Soil Association’s Organic Market Report 2005, released last month, the organisation claims the UK organic market grew by 30 per cent last year, a three-fold rise on the previous year. Sales in 2005 totalled almost £1.6bn, on average £7m a week higher than the previous year. To put this in perspective, the annual growth for all UK food and drink is around 3 per cent.

According to the report, the numbers and range of people buying organic food have also risen, with two out of three consumers (65.4 per cent) now knowingly buying organic options and more than half of people in the more disadvantaged social groups (C2, D and E) also consuming organic products.

As a result of all this growth, designers are seeing a plethora of work coming their way. Last month, Coley Porter Bell announced it had rebranded Tesco’s entire organic offering (DW 13 July) and Davies Hall revamped niche brand Dove Farm (DW 20 July). Across the industry, brands are reconsidering their positioning and audience, but it’s in the supermarket sector where some of the biggest impacts are being felt.

Supermarkets are taking the lion’s share of growth, accounting for 75 per cent of organic products sold in the UK. Along with Tesco, Sainsbury’s and Budgens have recently launched redesigned ranges, by Williams Murray Hamm and Martin Dawe Brand Design respectively. Asda is believed to be undertaking a similar move.

Coley Porter Bell creative director Stephen Bell says changes in the sector have been so significant that they go beyond packaging and brand architecture and are now influencing the way organic products are merchandised and sold. ‘In the past, organic products were stacked together, separately, in one part of the store. But they have become so much more mainstream now that they are distributed across the store categories,’ he explains. 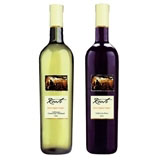 This changed the way the consultancy thought about design around the Tesco range. ‘From a design point of view, products have to stand out and work in all these different sections, but people also still need to recognise it as a range,’ Bell says. ‘In the past, organic products were seen as quite “folksie”. Now part of the brief is to put back quality cues, to move it away from the sandals brigade.’

Martin Dawe Brand Design managing director Martin Dawe agrees. ‘Old, obvious visual cues’ are no longer appropriate, he says. ‘The sector has moved on from that now, it’s grown up,’ says Dawe. ‘We’re doing things that are right for the product, rather than highlighting organic cues. A lot of information like Soil Association branding has been relegated to tick boxes on the back of pack.’

‘We’ve found organic projects fun to work on. [Designing] food packaging can be incredibly depressing – often it’s all about a big logo and a product shot. With organic ranges there are no rules and you can be a lot more creative because there are no conceptions of how it should look,’ says Murray.

Yet if you browse organic ranges on the shelf it becomes clear that a category style is emerging. Along with quality, provenance clearly remains important to consumers of organic products. Sainsbury’s packs show an image of a root, with soil still clinging to it, highlighting the products’ natural origins. Tesco’s packaging uses leaves and foliage to communicate a similar message.

According to WMH director Richard Murray, the group’s creative proposition for the Sainsbury’s range was ‘goodness unearthed’. ‘We dramatised the growing process by showing a different sapling or root on each pack, with notes around it telling the story,’ he says.

Murray maintains the group ‘consciously tries to avoid the easy visual cliché’. ‘Organic consumers are a bit more marketing savvy and more conscious of what they are buying [than other consumers]. They don’t appreciate being patronised,’ he says. 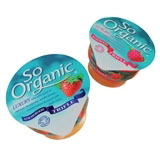 ‘There is a trend for packaging to look less as if the product is factory produced and more as if it has come from a farmers’ market,’ says Dawe. ‘It’s about giving packaging an undesigned feel; softer, friendlier and more approachable.’

Murray believes it will be difficult for supermarkets in particular to successfully negotiate this shift. ‘Consumers are much more aware now,’ he says, ‘and the danger is they will simply see it as a bit of cynical move on the part of supermarkets.’

• Across the world, 51.2 million ha of farm and forestry land are managed organically – an area equivalent to the landmass of Thailand

• Within Europe, the UK has the third biggest organic market after Germany and Italy

• Supermarkets in the UK make up £1.2bn of the total sales – a 31 per cent increase on last year

• UK retail sales through producer-owned outlets, such as box schemes, mail order, shops and farmers’ markets, increased by approximately 11 per cent to £125m in 2005