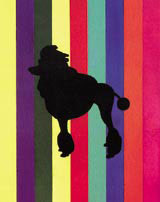 The design community could be poised for a flood of packaging design work as the European Community announces regulations aimed at bringing food brands to heel on over-inflated on-pack health claims.

Proposals aimed at stamping out vague or misleading assertions regarding foods’ nutritional benefits were adopted by the EC last week, with regulations set to kick in by 2005.

These will include outlawing declarations that cannot be substantiated, such as ‘helps your body to resist stress’ and ‘preserves youth’. A Europe-wide standardisation of what can and cannot be billed as ‘low fat’ or ‘high fibre’ will also be ushered in.

As food brands reword on-pack communications and seek to compensate for the loss of ‘sexed-up’ health claims, Brewer Riddiford partner George Riddiford predicts a raft of work for designers.

‘What we’ll find with these regulations is that many of the food brands will be restricted to making the same claims. They may then try to gain more ownership of those claims by creating logos or icons to differentiate themselves. I envisage a lot of ingenious flashes being created on the back of this.’

Further down the line, says Riddiford, the nutritional iconography landscape will become so cluttered that it goes into meltdown, and thereafter fuel a renewed round of commissions for consultancies.

‘There will be so many of these icons that consumers will find it impossible to unpick the codes. In five years’ time we’ll all be screaming no more logos, signalling more work for designers.’

In this changed climate, the design challenge will lie in ‘knowing when to be quiet’, claims Parker Williams creative director Tamara Williams, alluding to the temptation to over-egg the scientifically proven claims pudding.

‘Regulatory considerations are such that there is a risk of design being obliterated by signage.

‘[Revised health claims] will end up cluttering packaging. The way for brands to stand out from rivals will be to make claims an integral part of the design, as opposed to slapping them on willy nilly,’ Williams adds.

She points to a recent revamp on Sainsbury’s Be Good To Yourself range (DW 5 June) as good practice, highlighting the use of simple ‘ladder’ nutritional information systems as ‘effective’.

‘You have to keep things concise. With Free Natural we avoided logos and stuck with simplistic, clear typography,’ he says.

Information about foods and their nutritional value that is not ‘clear, accurate and meaningful’ will not be permitted. This relates to claims referring to general wellbeing like ‘preserves youth’ or to psychological and behavioural functions such as ‘improves your memory’

Use of claims such as ‘low fat’ or ‘high fibre’ will be harmonised, with products claiming these benefits required to meet pre-set standards

Interpublic servant set to be its own master again