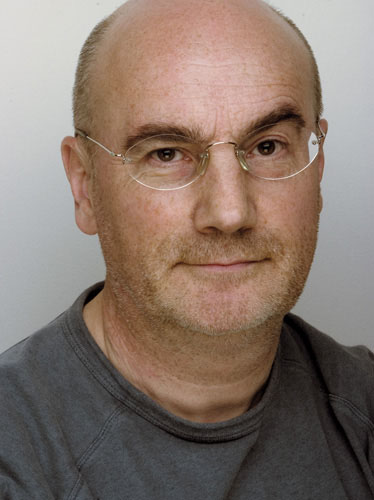 When it comes to self-promotion, few designers are prepared to go that extra mile taken by Stefan Sagmeister, says Adrian Shaughnessy

Stefan Sagmeister was in London a few weeks ago. For a large section of the graphic design community, Sagmeister is an important figure. His lectures are packed out (lots of them can be found on YouTube), and his new book, Things I Have Learned in my Life, is a talking point wherever design’s chattering classes congregate.

But why does Sagmeister create so much industrial-strength interest? Is he really the best graphic designer in the world, or merely the best self-publicist? It is impossible to consider his worth as a designer without first considering his astonishing ability to publicise himself.

Most designers first became aware of Sagmeister when, in 1999, he carved the details of an American Institute of Graphic Arts conference into his naked body and turned himself into a poster. It was a brilliant piece of graphic theatre and it announced his arrival as the most audacious figure in graphic design. What’s more, because it involved inflicting pain on himself, not to mention the risk of disfigurement, it was hard to see the gesture as mere self-publicity.

I had a personal insight into his single-minded approach to self-promotion. In the late 1990s, I put together the first of three books on radical record sleeve design. I contacted dozens of album cover designers requesting samples of their work. Most responded saying they’d be happy to contribute, yet only a few sent material without being nagged, and when packages arrived the contents were often damaged or sloppily assembled. Others didn’t have samples to send.

But a request to Sagmeister was met with an instant response. He replied saying he’d send material straight away and, sure enough, a few days later a Fedex package arrived from New York containing beautifully wrapped, pristine copies of his CD work with full credits and signed release forms. It was an astonishing display of efficiency, and a sharp lesson in self-promotion.

As designers, we spend all our time and energy looking after our clients, with the result that we usually leave self-promotion to last. But it is hard to imagine Sagmeister doing this. His self-promotion can often look suspiciously like attention-seeking – perhaps even exhibitionism – but it is the product of the same careful deliberation that characterises his client work.

Whatever we think about his work, we have to admit that it requires huge amounts of ingenuity and personal effort on Sagmeister’s part. We need look no further than his giant inflatable white monkeys promoting last year’s Six Cities Design Festival in Scotland. And he is still subjecting his body to abuse – a recent project involved smearing letterforms made out of honey on to his chest and then releasing a swarm of bees. Well, that is one way to set text, I suppose.

Sagmeister is, in fact, an old fashioned graphic designer who provides his clients with highly effective solutions to familiar problems. It is just that hardly anyone else in modern graphic design does it on the same epic scale.

And because he puts the same effort and ingenuity into his work that he puts into his self-publicity, even his detractors can’t help but have a grudging respect for him. I think it was Joan Collins who said, at the height of her 1980s fame, that looking this good doesn’t come easy. Maybe Sagmeister is the Joan Collins of graphic design?