DixonBaxi has created the visual identity for broadcaster Eurosport’s exclusive European coverage of the Olympics over the next eight years.

The sports network announced earlier this year that it will be the official European broadcaster for both the PyeongChang 2018 and Tokyo 2020 Olympic Games.

DixonBaxi was appointed to work on the branding for the network’s Home of the Olympics campaign, which will feature across all of its Olympics coverage until 2024.

The consultancy was briefed to create a “distinct” and “instantly recognisable” identity for the campaign, says co-founder and executive creative director Aporva Baxi.

The identity sees the “Home of the Olympics” slogan sandwiched between the Eurosport and Olympic Games logos, while an adaptable, three-tiered rectangle symbol is used to represent a winner’s podium.

“We see this as a metaphor for ascending to sporting greatness and standing on the podium of the Olympic Games is the pinnacle of achievement,” says Baxi. “The device is iconic and simple, and so becomes a very identifiable graphic which can be used in hundreds of ways across on-air, digital, advertising and merchandise.”

The podium’s blocks can expand, contract, move and be filled with different colours or images depending on their application.

“Part of the Eurosport family”

A bright, varied colour palette is inspired by Olympic venues such as swimming pools and athletics tracks, along with the colours seen in the Olympic and Eurosport logos.

DixonBaxi worked with type foundry A2 Type to create bespoke typography for the brand, which appears in three different weights with accompanying outline versions. The style of typography nods to sporting symbols traditionally associated with the Olympics, such as the curved shape of a running track.

The consultancy has also adapted the positioning of the lettering for different applications, such as on air, digital and in print, with the aim of giving the identity a sense of movement and energy.

The launch of the campaign follows Eurosport’s 2015 rebrand by DixonBaxi and Pentagram partner Angus Hyland, which saw the network ditch its “ring of stars” identity for a more pared back one.

The Home of the Olympics branding looks to be “part of the Eurosport family”, says Baxi, with its use of strong typography and graphics.

“Building on that, [it] is much more vibrant, colourful and energetic, reflecting the open, expressive, global feel of the Games themselves, and ultimately extending the scope and scale of the Eurosport experience,” Baxi adds.

Eurosport’s Home of the Olympics campaign has now rolled out across all touchpoints. 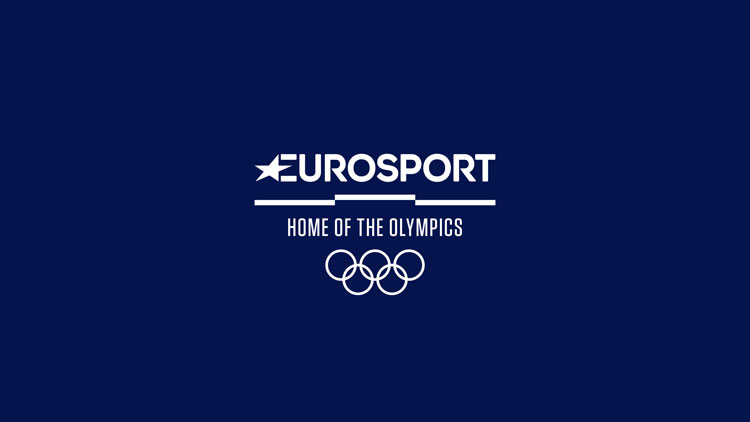 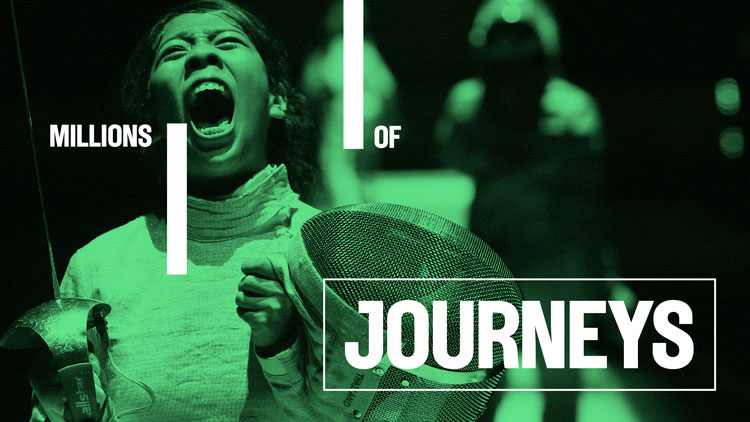 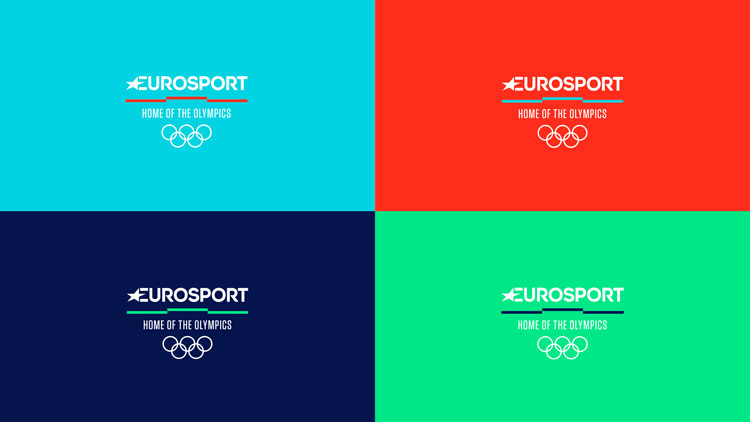 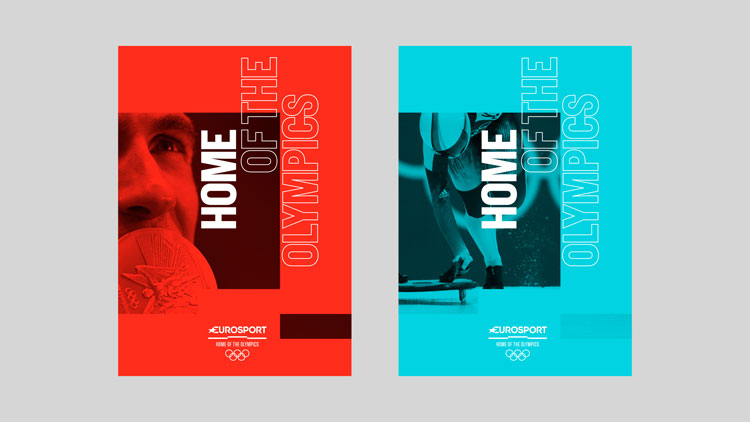 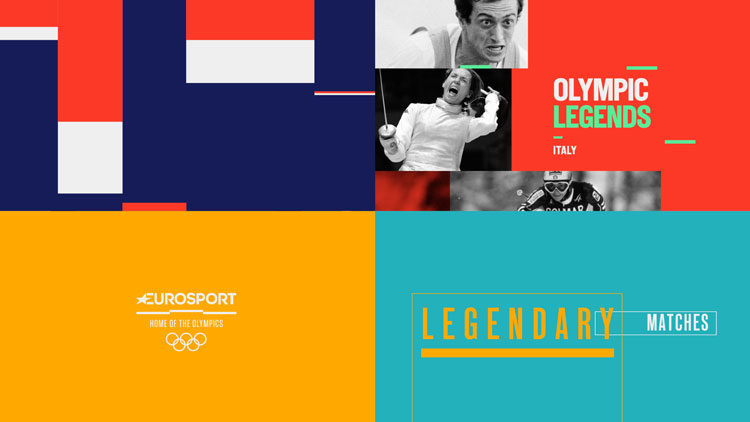 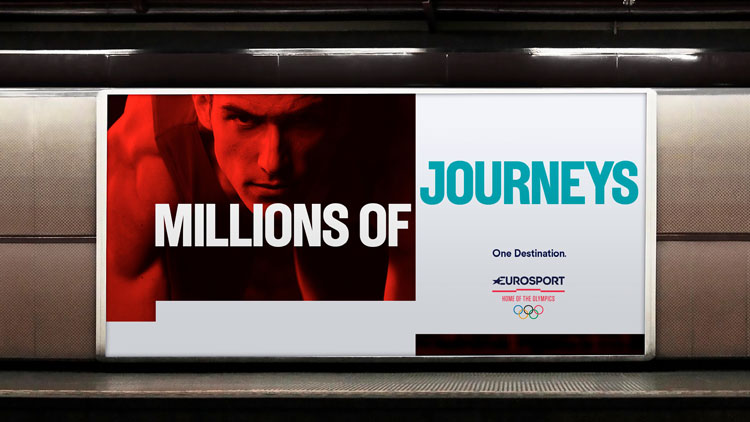 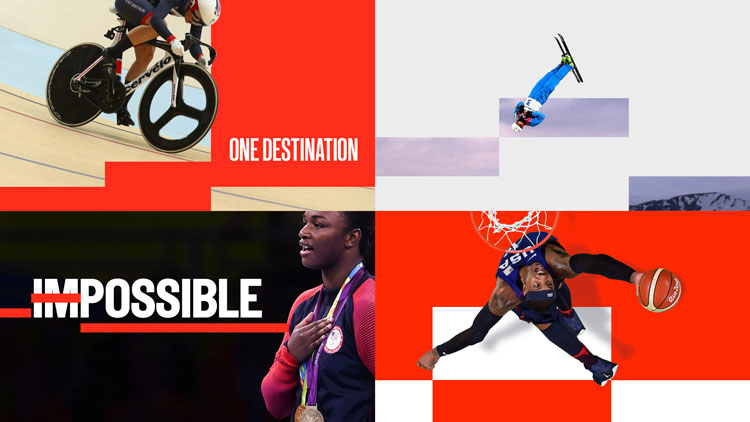 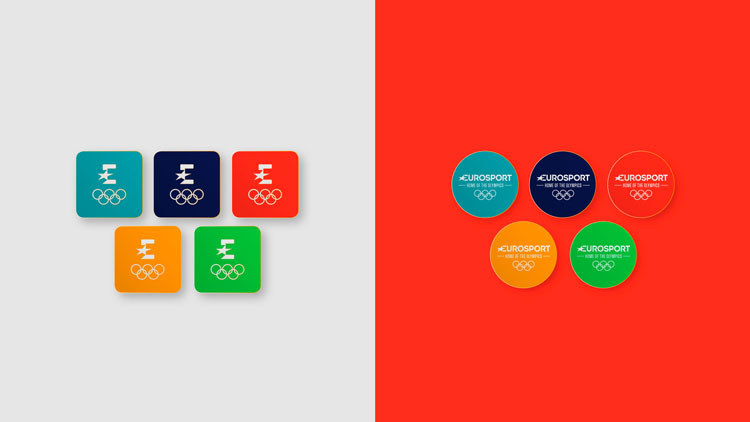 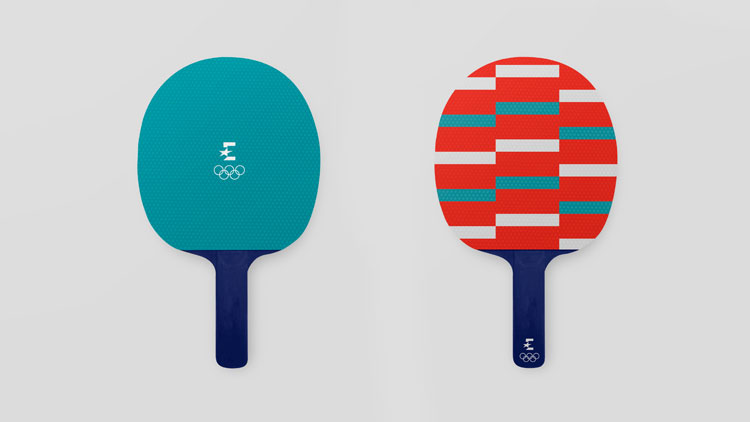 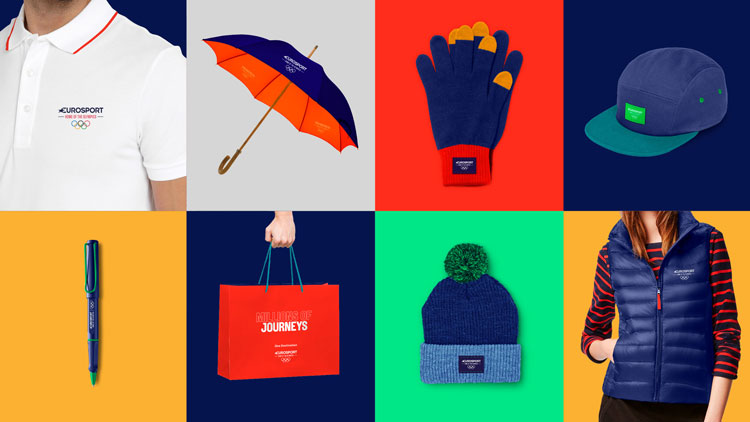