London-based studio Otherway and illustrator Jean Jullien have created the visual identity for a new restaurant at hotel The Connaught in Mayfair, London.

The brainchild of chef Jean-Georges Vongerichten, Jean-Georges at the Connaught features an eclectic menu inspired by his classic French training, love of Asian flavours and traditional British dishes such as fish and chips and afternoon tea.

Otherway led the art direction of the project, which uses the name of the restaurant as a simple framing device in the corners of printed collateral such menus, bill holders, pizza boxes and takeaway coffee cups.

Otherway also commissioned Jean Jullien to create a series of humorous illustrations for the restaurant, each of which is inspired by a “love of food”, says the studio.

The illustrations include a smiling figure with an egg cup for a body and a yolk-covered face, another figure devouring a slice of heart-shaped pizza, and a knife and fork couple enjoying a romantic dinner.

Otherway creative partner Ben Lewin, says: “Our aim was to create a strong but subtle identity that brought together The Connaught’s distinguished heritage with a passion for the new, to reflect a more informal and neighbourhood feel to the restaurant.”

The restaurant’s interiors have been designed by architect John Heah, and feature a series of stained glass windows by artist Jean-Michel Othoniel depicting different stages of the day from sunrise to sunset.

Jean-Georges at The Connaught is now open, and the identity has rolled out across all physical and digital touchpoints. 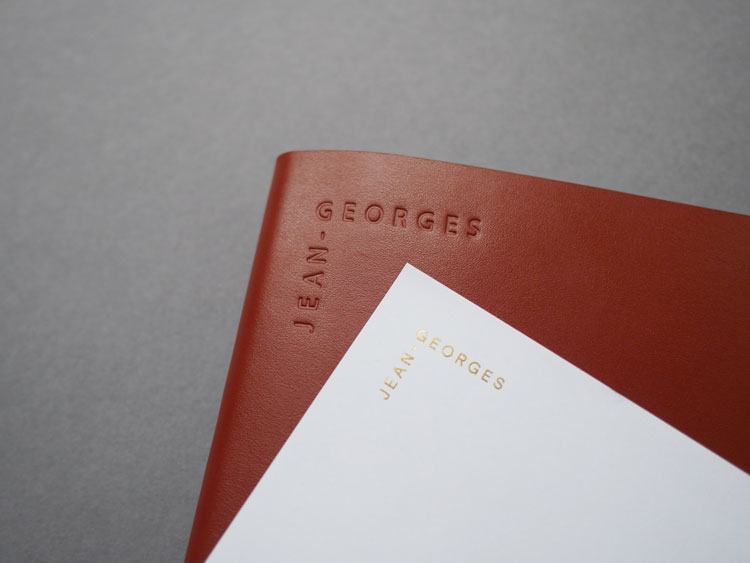 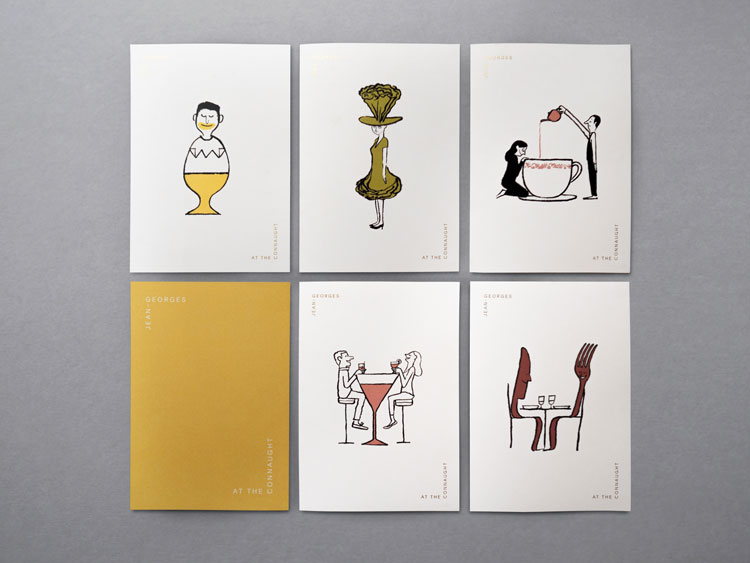 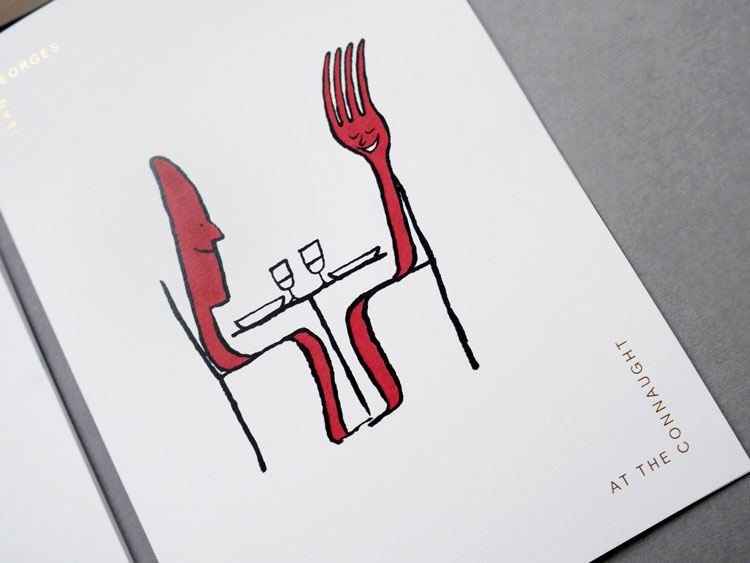 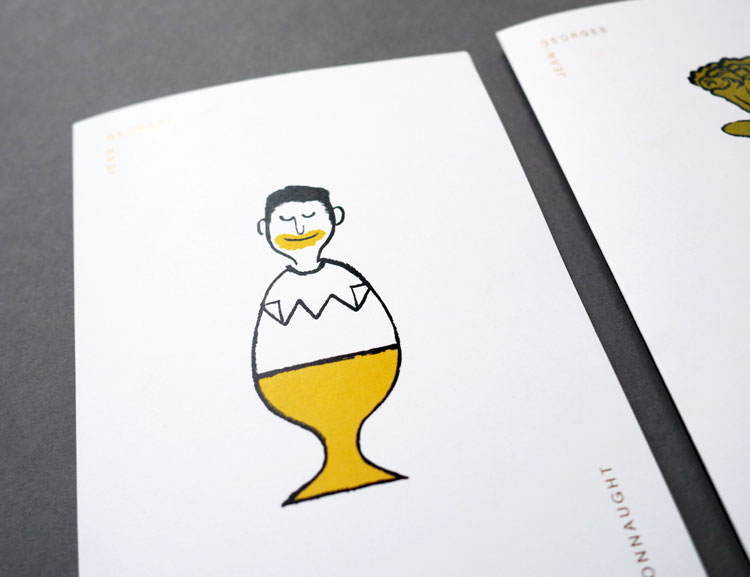 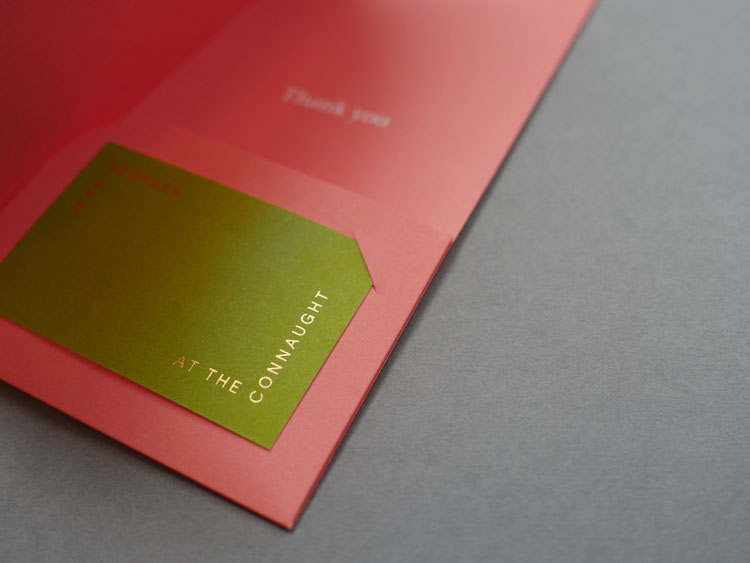 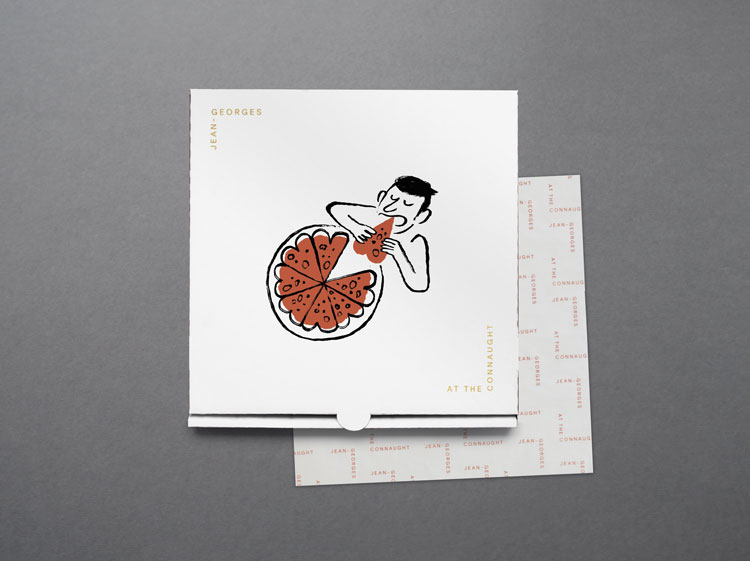